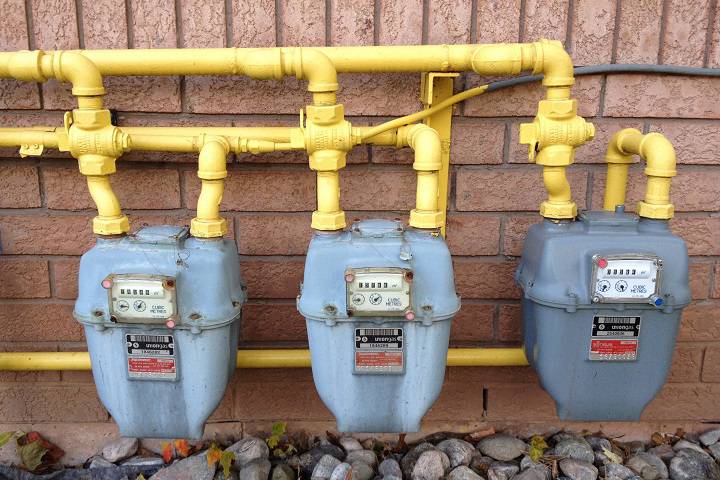 Do you need another example of how expensive it is to survive in Kathleen Wynne’s Ontario? In case you do, you’ll get one come Canada’s 150th birthday on July 1st. That is when your new natural gas prices are scheduled to kick in. The average southern Ontario bill will increase as much as $40 a year. That may not seem like too much in the grand scheme of things lately. But when the Wynne wind turbines aren’t spinning, the reliable natural gas turbines are. Happy 150! Here’s yet another energy increase to remind us just how inefficient the Wynne government is with our money. The only thing Ontario has earned out of their Green Energy Act, is an example for other governments in how NOT to do it. - Global News

Selling off Hydro One is Wynne’s biggest blunder as premier: Cohn

Privatizing Hydro One ranks as the biggest miscalculation of Kathleen Wynne’s time as premier. It violated fundamental axioms of politics — notably the perils of public opposition and public confusion. But — and this is important —it didn’t break the basic laws of the land. An ongoing court challenge, bankrolled by one of Ontario’s biggest unions, seeks to declare the privatization of Hydro One an act of misfeasance. Canadian Union of Public Employees argues the partial sale was wrongful, illegal conduct by an elected government favouring its financial friends. - Toronto Star

Why Hydro One is eyeing U.S. takeovers to fuel expansion

Smart CEOs don’t surprise the market with deals. They take the time to sell investors on a growth strategy long before they announce a takeover. Hydro One Ltd. chief executive officer Mayo Schmidt knows this. Mr. Schmidt is almost two years into running a newly privatized utility that hasn’t done a major transaction outside its home territory, Ontario’s electricity market. And Hydro One’s boss is taking every opportunity to bang the drum on U.S. expansion. While we don’t know the name of the U.S. utility that Hydro One is targeting we do know the game plan. In looking outside Ontario for growth, Hydro One is taking a page from peers such as Enbridge, Fortis and TransCanada; these are three of the six Canadian companies that collectively spent $87-billion on six well-received U.S. utility takeovers over the past 18 months.  - Globe & Mail

City council to vote on $60-billion climate change plan, but who will pick up the tab?

As Toronto moves to boost its resiliency to increasingly severe storms, council is only days away from a vote that could decide the city's course in the long-term fight against climate change. But whether or not the estimated $60-billion required to pay for it will materialize is still up in the air. - CBC News

The head of the National Energy Board says a proposed overhaul of how the federal regulator consults, operates and is organized will make it better prepared to respond to modern expectations. Speaking at the sidelines of an industry safety workshop Wednesday, NEB chairman Peter Watson says recommendations last month by a modernization panel could fix some of the limitations of the regulator and help it keep up with the times. - CTV News

Canada’s oil industry is going through a transformational and difficult restructuring. The primary driver in the realignment of the Canadian oil sector has been the death of the dominant oil business model of the past 100 years – globalization – originally pioneered by a Canadian: Donald Smith, Lord Strathcona. In 1908, Lord Strathcona was chairman of Burmah Oil Co. when it discovered in Iran one of the largest oil fields in the world. He also helped give birth to the model of using transferable technology to explore in underdeveloped regions, and diversifying reservoir and political risk by investing in multiple countries. Over the past century, this globalization business model was great for Canada. Consequently, while the replacement of globalization with specialization is causing a difficult restructuring, it is also giving rise to a golden age of Canadian ownership of the oil patch. - Globe & Mail

60% of the challenges aimed at Canada have targeted environmental regulations or resource management policies, including provincial regulations on oil and gas development and wind farms, forest and water. In March, Ontario paid $25-million to Indiana's Windstream Energy after a NAFTA tribunal agreed it had been harmed by an Ontario government moratorium on offshore wind farms on Lake Ontario. Canada has lost or settled eight cases and paid more than $215-million in compensation, while the United States has still not lost a single case or paid out a single dollar in compensation. - Winnipeg Free Press

As Opposition calls for audit of Sturgeon refinery project, word that one is already underway

Amid fresh calls for an investigation into spiralling costs at an Alberta refinery, the province’s auditor general said it has looked into whether taxpayers are getting value for money on the Sturgeon project, now expected to cost $9.3-billion. - Calgary Herald

With U.S. exports of oil and natural gas surging, President Donald Trump says the U.S. is on the brink of becoming a net exporter of oil, gas and other resources. Trump is touting what he calls “energy dominance” as the White House hosts a series of events focused on jobs and boosting U.S. global influence. The self-proclaimed “energy week” follows similar policy-themed weeks on infrastructure and jobs. Energy Secretary Rick Perry said Monday the Trump administration is confident officials can “pave the path toward U.S. energy dominance” by exporting oil, gas and coal to markets around the world, and promoting nuclear energy and even renewables such as wind and solar power. Trump has long used “dominance” to describe his approach to energy, and Perry and other administration officials have begun echoing the phrase as a short-hand for policies that “unleash” unfettered energy production on U.S. land and waters. - Canadian Business

The Trump administration moves Tuesday to roll back an Obama administration policy that protected more than half the nation’s streams from pollution but drew attack from farmers, fossil fuel companies and property-rights groups as federal overreach. The 2015 regulation sought to settle a debate over which waterways are covered under the Clean Water Act, which has dragged on for years and remained murky despite two Supreme Court rulings. - The Chronicle Herald

Some states and electric power companies are rolling out a new weapon against fossil fuels — giant batteries. A growing number of states are requiring large batteries to be used to store electricity to help expand wind and solar power. The trend is catching on quickly as at least three states have created energy storage targets or incentives so far this year. Lawmakers in New York passed a bill last week requiring the state to create an energy storage target. Nevada passed a bill incentivizing energy storage in May, and Maryland passed an energy storage tax credit in April. Those measures follow California, Oregon, and Massachusetts, which have mandates for electricity storage in batteries. - Climate Central

Europe's steady exports of gasoline to the United States have slowed substantially this year as tanks filled in the world's largest consumer nation and once-meteoric demand growth slowed. The drop in gasoline shipments to the densely populated U.S. East Coast is forcing European exporters to turn to less steady buyers in West Africa and compete with refineries elsewhere in the United States to export to Latin America and Asia. - Reuters

Earlier this month BP released its Statistical Review of World Energy 2017. Overall world primary energy consumption hit a new record, increasing by 171 million metric tons of oil equivalent (MTOE) from 2015 to 2016. The largest share of that increase came from new oil consumption, which accounted for 77 MTOE of the increase. Natural gas took the second biggest share with 57 MTOE of new consumption. Interestingly, coal consumption declined by 53 MTOE, but modern renewables like wind and solar power increased by 53 MTOE. So one could accurately argue that the increase in the consumption of modern renewables like wind and solar power exactly offset the decline in coal consumption. - Forbes

The Committee on Climate Change (CCC) confirms that bills and emissions have been forced down since 2008 by EU energy efficiency rules. Appliances like fridges, freezers and boilers are now designed to use less energy for the same work. The report's finding on home energy bills will surprise people amidst allegations of energy company profiteering and fears that many households find energy prices too high. It confirms that although the cost per unit of electricity and gas has indeed risen, household bills have fallen thanks to EU and UK efficiency standards which forced engineers to design appliances that use less energy. It says since 2008, when the Climate Change Act was introduced, electricity demand is down 17% (despite all our gadgets) and gas demand is 23% lower, thanks to better insulation and UK rules on improved boilers. The climate sceptic group Global Warming Policy Forum (GWPF) urges the government to consider the social effects of allowing energy costs to rise in the assumption that they will be offset by energy savings. Its spokesman John Constable told BBC News: "All consumers will be seeing the price increases that result from climate policies, but not all consumers will benefit from the energy efficiency measures since these typically require the purchase of new appliances. That means the consumers who benefit tend to be better off." - BBC News

NSW energy minister Don Harwin has rejected the sort of state intervention in the sector that has been seen in South Australia, calling for "lean" measures that work in support of private investors. Mr. Harwin told a business luncheon in Sydney that government needed to resist the urge to get back into electricity generation and instead focus on providing the right policy settings to provide confidence to investors to keep consumers supplied. - Australian Financial Review

The Latest: Merkel says countries will work with U.S.

German Chancellor Angela Merkel says that European countries will work at the upcoming G20 summit to find “joint solutions” with the U.S. on climate change and other issues. Merkel told reporters Thursday that the “U.S. is an important part of the G-20” and that even though the European summit participants are united in standing by the Paris climate accord even after the Trump Administration has decided to pull out, they would work to find “joint solutions” to that and other issues at the July 7-8 summit in Hamburg. The comments came after meetings with her counterparts from France, Italy, the Netherlands, Spain and Norway, and EU representatives. - National Post