Affordable Energy News for Thursday, May 25 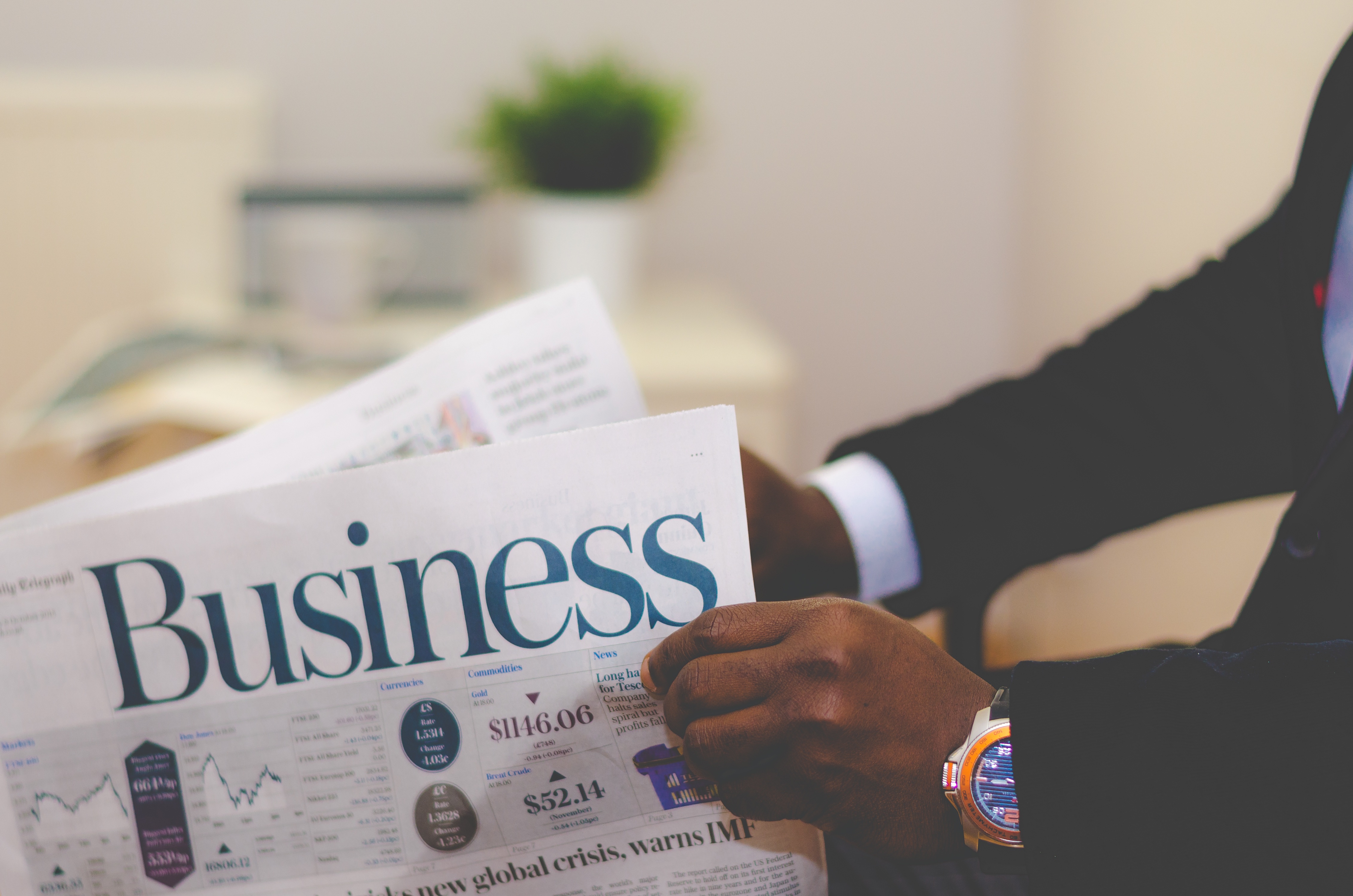 OPINION: We want to run our business in Ontario. The government is making that incredibly difficult

I've long been proud to call Ontario my home, but unfortunately, it's an increasingly challenging place to do business. I'm the managing director of a bio-tech company that manufactures a proprietary antimicrobial copper alloy that kills dangerous bacteria and hospital-acquired infections such as MSRA and C. difficile. We are well capitalized and growing quite quickly, looking to build a new facility. Ontario should be the easy choice. But it isn't an easy decision. The Ontario government makes it incredibly difficult to do business here. The news that Procter & Gamble is shuttering its Brockville, Ont. plant — laying off 500 workers — is just the latest evidence of that. – CBCNEWS

If we fall for Premier Kathleen Wynne’s “just get me through the 2018 election Fair Hydro Plan,” we’ll fall for anything. Because the Liberal government scheme…bears a striking resemblance to snake oil. The Liberals compare Wynne’s plan to lowering your mortgage payments today by extending the amortization period. But, with a house, you end up with an appreciable asset you can live in, or sell for profit. Wynne’s Fair Hydro Plan is more properly compared to taking out an extended car loan, at the end of which the car has little or no resale value. – Toronto Sun

After years of being a magnet for job seekers, Canada’s oil patch is turning into a bit of a no-go place and that’s making a recovery harder. Drilling and equipment providers are finding it a tough sell to lure workers back to Alberta’s gravel roads and remote camps, where temperatures can drop below minus 40 degrees, after massive job cuts in the past years left lasting bad memories. Many who had moved there returned to their home provinces and found jobs in construction, mining, fishing or forestry. As producers seek to shift back to growth gear, the labor shortage adds another headwind to an industry challenged by high costs and middling crude prices. – Bloomberg Markets

OPEC decided on Thursday to extend cuts in oil output by nine months to March 2018 as the producer group battles a global glut of crude after seeing prices halve and revenues drop sharply in the past three years. The price rise this year has spurred growth in the U.S. shale industry, which is not participating in the output deal, thus slowing the market’s rebalancing with global crude stocks still near record highs. OPEC also faces the dilemma of not pushing oil prices too high because doing so would further spur shale production in the United States, the world’s top oil consumer, which now rivals Saudi Arabia and Russia as the world’s biggest producer. – Financial Post

Members of the Organization of Petroleum Exporting Countries (OPEC) are gathering at the organization’s headquarters in Austria to extend production cuts that helped revive oil markets late last year. Analysts believe extending the deal should keep prices in the US$50-a-barrel range for the remainder of the year. Such a price floor would provide some stability to the Canadian energy sector as it continues to crawl out of the deep crater created by the oil price collapse in 2014. If the extension isn’t adhered to, however, there could be more turbulence ahead for oil prices — and more bumps for Alberta on the road to recovery. – Calgary Herald

Confusion shares the air with the carbon

A senior official within the federal Department of Environment and Climate Change says the details of a carbon pricing plan in the Yukon are “up in the air.” The official asked not to be named based on a decision made by his department. “Hypothetically, the options range from no carbon pricing, to full carbon pricing, to anything in between,” he said. – Whitehorse Star

Everything is on the table, including exemptions, for North carbon tax: federal official

A senior official with the federal environment department says the North isn't included in Ottawa's current plans for a carbon tax. Environment Minister Catherine McKenna released details of the federal plan for the provinces last week. But an official with the department, who didn't want to be named, said Yukon, N.W.T. and Nunavut are being analyzed separately, and everything is on the table — including exemptions. – CBC News

A Washington headline Wednesday asks "Is 'Big Wind' making people sick?" We know only this: The war on energy will not end. No new form of power goes unpunished. When new energy succeeds, it becomes a big new target. That's why they say "big wind," as activists tilt at windmills. – The Gazette

Trump plan to sell off half of oil stockpile sparks debate

U.S. President Trump’s budget, unveiled on Tuesday, calls for selling an additional 270 million barrels of oil over the next decade, raising an estimated $16.6-billion. The proposal, on top of planned auctions expected over the next few years, could push the reserve below 300 million barrels by 2025. It now is at 688 million barrels. The petroleum reserve, created in the wake of the 1970s Arab oil embargo, stores oil at four underground sites in Texas and Louisiana and guards against disruptions in the flow of oil from the Middle East and other countries. Some Republicans say North Dakota’s oil-rich Bakken region offers a de facto reserve that can be tapped if needed. – Associated Press

The UK Independence Party (UKIP) has claimed it wants a diverse energy market involving solar, but would repeal the Climate Change Act claiming it to have “no basis in science.” The party released its manifesto today claiming that Brexit offered the UK the perfect opportunity to conduct a wide scale review of energy policy to prioritise lower prices and more security over supply. Of central importance to UKIP’s energy policy is affordability and it pays special mention to green levies on household bills that it said it would scrap to save consumers an average of £170 each year. UKIP has also reiterated its support of a 2015 manifesto pledge to remove taxpayer-funded subsidies from “unprofitable wind and solar schemes as soon as contractual arrangements expire.” – Solar Power Portal

The chief executive of Eon has hit out at the Tory plans for an energy price cap, saying it was “amazing” that it was even being considered in the UK. Johannes Teyssen, who runs the German parent company of the Big Six supplier, expressed disbelief that “the country that has built the liberalised energy world” was now debating whether to end it and move to state intervention. – The Times (Paywall)

Former Australian Prime Minister John Howard has blamed state governments for a looming energy crisis in the country, saying they have put too much emphasis on renewable energy. The federal government in April announced it would impose export controls on companies when there is a shortfall of gas supply in the domestic market, following several rounds of discussions about the domestic gas crunch that is leading to gas and electricity shortages on Australia's east coast as well as a jump in prices. Analysts have attributed the shortages to high regulatory costs and policy uncertainty created by successive governments. – The Australian

Bill Shorten says it is “literally crazy” that businesses in Japan and Korea can buy Australian gas more cheaply than Australian companies can. Federal Labor is backing industry calls for a gas swap to help address Australia’s domestic energy crisis, ahead of industry leaders attending their latest meeting with Malcolm Turnbull and key ministers tomorrow. Meanwhile, a gas industry expert has warned that the current crisis has arisen because governments ignored the 2009 Blueprint for the Queensland Gas Industry which warned of the threat the domestic supply is currently facing as a result of overseas state-owned corporations owning a stake in almost a third of liquefied natural gas development in Queensland. – The Australian

The obsession with photovoltaic panels on domestic roof tops is in fact a reversion to pre-Industrial Revolution methods of manufacturing. If such panels are of any use why aren’t they in a central, properly managed and sited generating facility, so that the grid managers have some hope of integrating its output in their supply plans to the grid? No one can say. Fantasies about micro-networks delivering clean energy to electricity communes of peasant consumers, who have to be guided by wise academics, are more fun. – The Spectator

Westpac has sparked the ire of the federal government by ruling out funding for the multi-billion-dollar Adani coal project in Queensland, prompting Resources Minister Matt Canavan to call for retaliation against the bank for buckling to the demands of “noisy activists in Sydney.” Announcing new lending policies as part of an updated climate action plan, Australia’s second-largest bank said any financing for new thermal coal projects would be strictly limited to “existing coal-producing basins” and those with a high efficiency hurdle above that of the proposed Adani project. – The Australian

Alumina Ltd. chairman John Pizzey has slammed what he says is a decade of ineffective national energy policy that has left Victoria’s Portland aluminium smelter paying up to double the power price in the rest of the Western World and is likely to result in more closures and widespread, severe social impacts. “Power prices paid by the Portland smelter are approximately fifty to one hundred per cent higher than prices paid by similar operations in the Western World. This situation should never have occurred, given the energy endowment of Eastern Australia.” Mr. Pizzey, a former Alcoa executive, said today at Alumina’s AGM in Melbourne. – The Australian

Prime Minister Bill English is unable to justify the huge $1.4-billion annual cost to New Zealand families, farmers and businesses, of a useless Emissions Trading Scheme, says New Zealand First. “This scheme has made no progress internationally and cannot be credibly measured,” says Spokesperson for Climate Change Denis O’Rourke. “This National government is so out of touch that they see nothing wrong with paying foreigners billions of dollars to buy carbon credits. It’s a useless exercise, it will do nothing to cut our emissions, and it will continue to cost us more. National has already spent $2.3-billion overseas for these useless credits since 2008.” – Business Scoop