Affordable Energy News for Wednesday, May 17 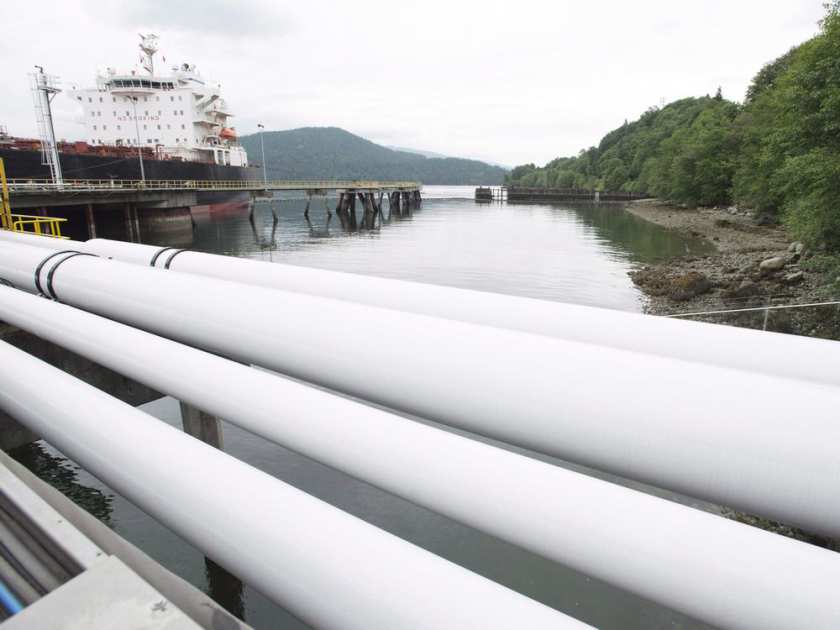 Two out of three Quebecers think oil from western Canada should be their first choice for imports and more than 40% think that oil should be moved to Quebec by pipeline, a survey conducted for the Montreal Economic Institute suggests. A Léger poll conducted for the think tank found that 65% of those surveyed prefer that oil imported by Quebec come from Western Canada. Only 13% preferred getting their oil from all other sources including Mexico, Saudi Arabia and Algeria. The survey also found that 41% of those surveyed felt that pipelines were the safest means to convey oil into Quebec compared with 14% who supported importing oil by tanker truck, 12% who preferred the use of trains, and 11% who supported ship-borne oil. – The Montreal Gazette

To many, the biggest loser of last week’s B.C. election was someone who doesn’t even reside in the jurisdiction in which the votes were counted – Alberta NDP Premier Rachel Notley. The results of the B.C. election could bring harm to Alberta, particularly with threats of the extermination of the Kinder Morgan pipeline. – The Globe & Mail

Premier Rachel Notley fired a political warning shot across the British Columbia border Tuesday in defence of the Trans Mountain pipeline expansion that would take Albertan oil to the West Coast. Whatever political party takes power in B.C. would be foolish to meddle in the pipeline process. “I fundamentally disagree with the view that one province, or even one region, can hold hostage the economy of another province, or in this case the economy of our entire country,” Notley told a news conference at the Alberta legislature. “It’s not how we do things in Canada in practice and, in my view, in the law.” – Calgary Herald

Alberta Premier Rachel Notley says a proposal to move part of the National Energy Board’s operations to Ottawa is “dumb” and she’s opposed to the idea. A federal panel on the modernization of the NEB made the proposal to move to Ottawa the board of directors, a new energy statistical agency, the government co-ordination office, and to shift electricity transmission staff to Ottawa. – The Canadian Press

Moving NEB out of Calgary slammed as “dumb,” “insulting,” and “absurd” idea

Federal cabinet ministers said this month that Ottawa would locate the new Canada Infrastructure Bank in Toronto so it could be closer to the “right expertise” on Bay Street. Now, a new report for the federal government on modernizing the National Energy Board suggests part of the agency relocate out of Calgary precisely because it’s perceived as being too close to the industry it oversees. Perception is an underlying theme in the expert panel’s report and underpins why it believes the organization shouldn’t entirely remain in the city. The study contains many solid suggestions about how the mandate of the embattled NEB needs to be fine-tuned so it can do a better job of balancing competing interests. – Calgary Herald

National Energy Board won’t be shielded from political winds

The National Energy Board’s identity crisis won’t be fixed easily. A new report from a government-appointed panel looking into how to reverse eroding public confidence in the regulator contains a number of recommendations aimed at pulling it into modern times.

It’s a laudable goal, but the agency, which weighs major energy infrastructure projects and makes sure they operate safely, will never please everyone. Shifting national priorities and politics see to it that the board remains a target of some criticism. In the document, the five member panel, assembled by Prime Minister Justin Trudeau‘s Liberal government, spells out in no uncertain terms the NEB’s crumbling credibility with Canadians. – The Globe and Mail

North America's longest subsea electricity cable has been connected between the island of Newfoundland and Nova Scotia. The 170-kilometre cable is a key part of the $1.6 billion Maritime Link project, which will enable Newfoundland and Labrador's Crown-owned Nalcor Energy to provide privately-owned Nova Scotia Power Inc. with energy from the Muskrat Falls hydroelectric project under construction in Labrador. – ATV News

Candidates representing Nova Scotia's Liberal and Progressive Conservative parties were cautious Tuesday at a debate on environmental issues facing the province. Speaking at the University of King's College, Iain Rankin of the Liberals and Rob Batherson for the Tories declined to provide hard targets for future greenhouse gas reductions and acceptable levels of clear cutting in Nova Scotia forests. Burning coal currently provides more than half of the province's electricity. New Democrat Lisa Roberts, seeking re-election for Halifax Needham, said an NDP government would legislate new emission levels within one year of coming to power. – CBC News Nova Scotia

Petition targets tax on tax: MP fighting against GST being charged on the carbon tax

Pressure is growing on the federal government to scrap a tax on a tax. North Okanagan-Shuswap MP Mel Arnold tabled a petition in the House of Commons that seeks to end the application of federal goods and services tax (GST) on carbon taxes. The online e-petition received 1,596 signatures from across Canada between January and May and will now be assessed by the federal government, which will issue a formal written response within 45 days. – Salmon Arm Observer

SaskPower has signed a power purchase agreement with DEEP Earth Energy Production Corp. to look into what could be Saskatchewan’s first geothermal power project. This is part of SaskPower’s goal to have 50 per cent of its power coming from renewable energy resources by 2030. The proposed plant would generate renewable, zero emission, baseload power from a hot aquifer three kilometres under the Earth’s surface. The electricity provided by the proposed plant would generate roughly the power required for 5,000 homes and offset about 40,000 metric tonnes of carbon dioxide per year. – Regina Leader Post

The Canada Infrastructure Bank Act installs the minister of finance and the federal cabinet as de facto controllers of infrastructure development funding across Canada. Every road, bridge and energy project branded as big-time infrastructure that needs federal funding could find itself in the clutches of the new fake bank and meddling federal politicians picking pet projects. Not to mention each project and ‘all impacts’ of each project would be assessed for two years by the Canadian Environmental Assessment Agency. “All impacts” is a lot of impacts to assess, especially when — as recommended by the experts — all decisions should be “based on the five pillars of sustainability (environment, economy, social, cultural and health).” When it comes to energy projects, that could mean trying to imagine what the impact of a new pipeline or nuclear fusion or mining project might be on everything from the production of cat videos to the future of everything on the planet. – National Post

Canada’s Arctic Energy Fund: a step in the right direction

Nunavut faces many unique challenges, and energy is certainly one of them. Our remote communities, small population, and challenging environment mean that we do not have access to the same energy solutions as other regions in Canada. Nunavut is perhaps the least equipped to move away from reliance on carbon-intensive fossil fuels, and in fact only produces 0.01 per cent of Canada’s greenhouse gas emissions. Before we can begin to reduce our reliance on fossil fuels in Nunavut, we need to improve energy security in our communities, where a power outage would be disastrous. – The Hills Times

U.S. President Donald Trump has warned Canada he’s unhappy with many aspects of the deal, including — and surprisingly — energy. But a document by the U.S. State Department on the reasons behind his approval of the Keystone XL pipeline tells a different story — it shows deep appreciation for Canadian oil and for the friendship between the two countries. “A more robust statement (by the U.S.) of the importance of oil from Canada you will seldom see,” said former Canadian ambassador to the United States Derek Burney, who has argued that Canadian energy has become so important to its southern neighbour it should be used by Canada as trump card in the renegotiation of the North American Free Trade Agreement. – Financial Post

Three tribes from Canada and the United States will be gathering in Calgary on Wednesday to sign a formal protest against the construction of TransCanada’s Keystone XL pipeline. The Blackfoot Confederacy, the Great Sioux Nation and the Ponca Tribe will all be signing the declaration that highlights the tribes’ rights and opposition to the $8 billion project. They plan to set up protest camps all along the route of the pipeline proposed by Calgary-based TransCanada. – CTV

A global supply glut in liquefied natural gas will persist for the next two to three years, the CEO of Thailand's state-run oil and gas giant PTT told CNBC. "Globally, we have surplus capacity in both LNG and crude oil," said Tevin Vongvanich, PTT President and CEO in an interview. "We don't see a drastic change in the LNG price for the next two or three years on the spot market because of this oversupply situation," he said, adding that a "buyers' market" will persist. – CNBC

OPEC Fail: Cartel isn't shrinking global oil supply and that might not change this year

OPEC's effort to shrink huge global crude stockpiles may fail even if the cartel agrees to extend its agreement to pump less oil, the International Energy Agency warned on Tuesday. Top producers Saudi Arabia and non-OPEC member Russia have already backed an extension through March 2018. OPEC and 11 other exporting nations agreed last year to take 1.8 million barrels a day off the market in the first six months of this year. Thus far, the deal has not succeeded. – CNBC

The National Grid has shelved a multi-billion project to connect the proposed plant to the transmission network. The 102-mile North West Coast Connections project was slated to become “the biggest new power line since the electricity network was built” but has been placed on hold while Moorside developer NuGen undertakes a “strategic review” of the plant. “How many kicks in the teeth for the desperately needed new nuclear plant at Moorside will it take to bring politicians of all colours to their senses?” asked GMB national secretary Justin Bowden. “Britain must have the reliable zero carbon nuclear power that Moorside will bring as part of the balanced energy mix, alongside renewables and gas.” – Utility Week

Coal accounted for 63% of total generation last year, while renewable sources contributed 16%, an increase of 17% from 2015. But Australia is going to end up with a whole lot more renewables because they will be cheaper. – Australian Financial Review

The local heads of oil giants ExxonMobil and BP have warned against growing policy risks in Australia as states ban onshore gas production and the Federal Government plans LNG export restrictions. – The Australian

A $550 million “self-sufficient” energy plan by the government could “undermine the economics of stronger interconnection” and “remove the opportunity of the benefit of downward price pressure.” – The Australian