Affordable Energy News for Wednesday, May 24 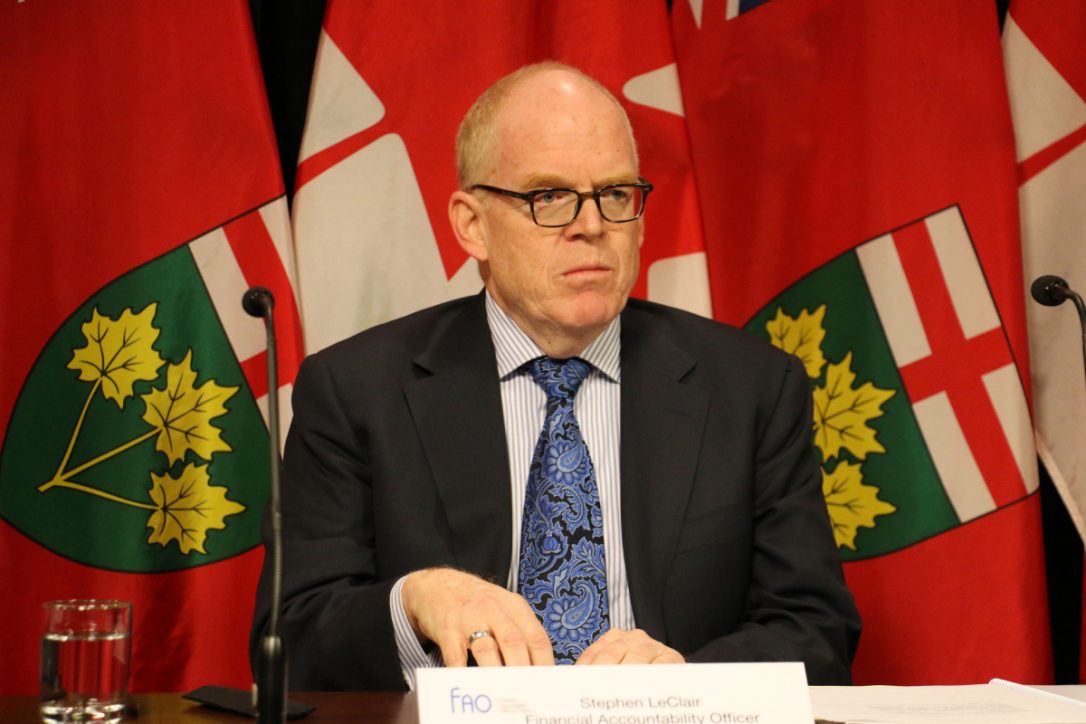 It’s a short-term hydro bill gain in exchange for longer term fiscal pain. The Liberal government’s “Fair Hydro Plan,” which lowers electricity bills by 25 per cent, will ultimately zap Ontarians to the tune of $21 billion over the next three decades, the province’s budget watchdog has warned. In a 15-page report released Wednesday, Financial Accountability Officer Stephen LeClair said the scheme will cost the province $45 billion over the next 29 years while saving ratepayers $24 billion for a $21 billion net expense. But LeClair warned his estimates are only applicable if “the province is able to achieve and maintain a balanced budget over 20 years.” – Toronto Star

Ontario will spend $45 billion to save ratepayers $24 billion on their electricity bills, watchdog says

Ontario’s budget watchdog says the Liberal government will spend $45 billion over the life of its hydro plan to save people $24 billion on their electricity bills. A report from the financial accountability officer says this means there will be a net cost of $21 billion to Ontarians over the approximately 30 years of the plan. The $45 billion is mostly the cost of funding an eight-per-cent rebate that took effect on bills in January, but that assumes balanced budgets for the next 30 years. If the government funds its rebate through debt, the cost to the province could balloon up to $93 billion. – Financial Post

Province spending nearly $800M on Hebron, with much lower royalties than expected

The Newfoundland and Labrador government, through its energy corporation, has invested nearly $800 million into an ownership position in the Hebron project, with returns that are much smaller than originally predicted because of lower oil prices. Nalcor Energy vice-president Jim Keating confirmed the number for CBC News, and remains convinced it is a good investment for the province. "We've paid our fair share," said Keating, who's in charge of the oil and gas division at Nalcor. "We've got a great quality project that actually, in the global scale, is something to be envious of, and we're now about to get the return." – CBC News

The first of three STM electric buses rolls out in Montreal Wednesday morning. The test batch is part of the city's plan to have a fully electric fleet by 2025. Over the next few weeks, one bus at a time will be put into circulation along the 36 Monk line, going from Angrignon Metro station to Square Victoria Metro station. The quick charging stations will be located at either end of the 36 Monk line so the buses can be charged between runs. Each bus can run from 15 to 25 kilometres on a single charge. – CBC News

For a ray of hope on the liquefied natural gas (LNG) file, it might be best to look east rather than west. Last week, privately held Pieridae Energy Ltd. announced a reverse takeover of Quebec-based energy company Pétrolia Inc., becoming the first publicly traded LNG company in Canada. It’s a move intended to do two things: facilitate access to capital for Pieridae, while also giving it a natural gas producing asset base. Pieridae is an LNG player with all the requisite approvals from all regulatory bodies to go ahead with its Goldboro LNG project in Nova Scotia. The plan all along has been to become a fully integrated LNG project, with natural gas producing assets and an LNG export terminal. – Calgary Herald

Alberta power bills one step closer to a price cap

Albertans' power bills will soon be capped, if legislation tabled Tuesday passes through the legislature. The idea is to reduce electricity price volatility by capping power at 6.8 cents per kilowatt hour. Over the last six years, it has fluctuated anywhere between 2.7 and 15.3 cents. The legislation tabled Tuesday is a safety measure while the entire system is overhauled to become a capacity market and more renewables are introduced to the grid. The cap will only apply to you if — like around one million other Albertans — you have opted for a regulated rate, where the cost of your power fluctuates each month. The change will take effect June 1. – Calgary Sun

A paper has been released by Ottawa outlining Canada’s National Carbon Pricing plan and it seems the territories will not be receiving any special treatment. Last year, the federal government announced a carbon tax that would start in 2018 at $10 a tonne, similar to those seen already in place in Alberta, for territories and provinces who didn’t already have a carbon pricing plan in the process. – CKLB Radio

There’s no magic bullet that will ensure long-term American energy security. Data from the U.S. Energy Information Administration shows that U.S. oil production slumped last year. As a result, petroleum imports swelled, with the largest increase in crude oil shipments coming from Iraq and Nigeria. At the same time, the Organization of the Petroleum Exporting Countries (OPEC) has teamed up with Russia to put a lid on global energy production and push the price of a gallon of gasoline back to prerecession levels. America can’t afford to be short-sighted when it comes to energy security. We need a truly diversified energy portfolio so consumers don’t have to worry about paying the bills every time a hurricane in the Gulf or crisis in the Middle East shuts down a few oil rigs. – The Washington Times

Members of the Nevada Assembly on Tuesday gave bipartisan support to one arm of the Democratic majority’s push to make solar energy more accessible. Assemblyman Chris Brooks, a Las Vegas Democrat, said his proposal would help revive Nevada’s rooftop-solar industry, which entered a tailspin in 2015 when state utility supervisors effectively drove up the cost for residents to generate solar power at home. NV Energy, the state’s monopolized energy provider, imposes fees on each kilowatt-hour of excess solar-generated electricity that is kicked back to the company’s grid. – Associated Press

The renewable energy sector employed 9.8 million people worldwide in 2016, almost twice as many as in 2012, the Abu Dhabi-based International Renewable Energy Agency said on Wednesday. In its "Renewable Energy and Jobs – Annual Review 2017", IRENA says the sector employed five million people five years ago. "Falling costs and enabling policies have steadily driven up investment and employment in renewable energy worldwide since IRENA's first annual assessment in 2012, when just over five million people were working in the sector," its director general Adnan Z. Amin said. "In the last four years, for instance, the number of jobs in the solar and wind sectors combined has more than doubled." – Phys.org

The energy debate is riddled with self-serving arguments in which the loser always seems to be the consumer. The reality is Australian electricity consumers face higher charges after yesterday’s Federal Court ruling in favour of the NSW government. Federal Energy Minister Josh Frydenberg was wrong once again to play politics and in the process back the regulator’s push to ban limited merit reviews of its decision. Frydenberg figures yesterday’s ruling will add $3 billion to the electricity costs for NSW consumers. – The Australian

Bangladesh is set to impose its own carbon tax on fuel next month – despite the hugely climate-vulnerable country producing relatively tiny per capita emissions. The new tax may not make any significant contribution to achieving the Paris Agreement’s goal of keeping average global temperature increases below 2 degrees Celsius above pre-industrial levels. The tax would not only raise the price of using fossil fuels but the added income could help push more use of renewable energy. In the short term, higher taxes on industry can drive up production costs, with those costs passed on to consumers. That might mean “it’s not a right method for reducing emissions,” said M.A. Matin, general secretary of the Bangladesh Poribesh Andolon (Bangladesh Environment Movement). – Reuters

Spekboom can fix ecosystems, create jobs and suck up CO2 – if South Africa gets a carbon tax

Spekboom was meant to be the ultimate symbol of sustainable development, a plant that could fix ecosystems and making farmers bucketloads of money. Then the world economy crashed and progress towards a local carbon tax stalled. A few projects are chugging along, showing the potential of the indigenous plant to rehabilitate large parts of the country. – Mail & Guardian