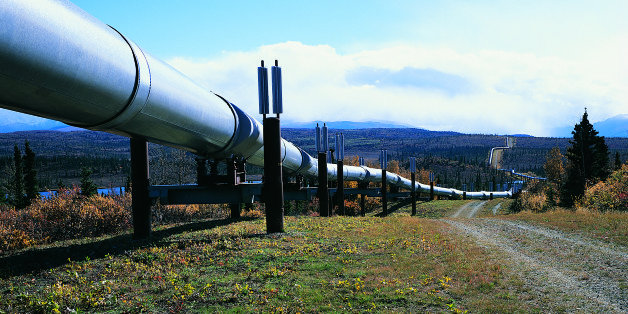 In the wrong hands, Alberta’s new law to cut off oil shipments to British Columbia could be “very dangerous” even if the powers help in the fight over the Trans Mountain pipeline expansion in the short term, Canadian oil and gas executives said Thursday. While Alberta’s Bill 12, called Preserving Canada’s Economic Prosperity Act, is aimed at the B.C. government for obstructing the construction of Kinder Morgan Canada Ltd.’s $7.4-billion Trans Mountain pipeline expansion, fears are growing in the oilpatch over the sweeping powers contained within the law. “It has a lot of power to it. In the wrong hands, that could be a very dangerous piece of legislation,” Canadian Energy Pipelines Association CEO Chris Bloomer said of the Alberta government’s new law that would allow it to cut off oil, natural gas and refined fuel shipments to B.C. and elsewhere. - National Post

The federal government believes other energy companies might be willing to champion the Trans Mountain pipeline expansion if Kinder Morgan decides to walk away from the project, according to two senior officials directly involved in the pipeline file. The officials say finding a path forward with Kinder Morgan is still the preferred option. But this week, the company's CEO said the political squabbles over the pipeline could make the project "untenable." Federal officials believe other companies might want to pick up the project if Kinder Morgan walks away. "There's a lot of options in that case," said one senior official. - CBC News

Thursday’s Supreme Court of Canada decision may deal specifically with the inter-provincial trade of booze, but it has interesting implications for Alberta bitumen too. The lead lawyer in Regina v. Comeau, called the Supreme Court of Canada’s unanimous ruling a sad day for Canada but also said the 46-page decision “bolsters” Alberta’s Bill 12, that could stop the flow of Alberta energy resources into British Columbia as a way to punish the west coast province for stalling the $7.4-billion twinning of the Kinder Morgan pipeline. “This gives Alberta more leverage with regard to Bill 12,” said Ian Blue, the lead counsel representing Gerard Comeau, who took his fight for the right to buy liquor in Quebec and bring it back to his home in New Brunswick all the way to the top court as a test case to push for greater inter-provincial trade freedom. - Calgary Herald

With Alberta and British Columbia locked in a pitched battle over the fate of Kinder Morgan’s expansion of the Trans Mountain pipeline, Canada finds itself in another costly interprovincial conflict. But this dispute is about more than just pipelines – it’s really about Canada’s economic union, or lack thereof. Kinder Morgan’s announcement suspending all non-essential spending on its pipeline project is just the latest example of Canada’s internal trade barriers affecting jobs and prosperity. The time has come for a new economic vision that allows Canadians to trade and work freely within their own country. Although the federal government clearly has jurisdiction in the matter, approvals by the National Energy Board and cabinet have not stopped B.C.’s government from dragging out its opposition to the Trans Mountain expansion. This creates significant uncertainty that calls into question Canada’s reputation as a secure place to invest and do business. Beyond the immediate harm done to the many companies responsible for constructing the pipeline and the workers counting on the jobs it will create, B.C.’s intransigence has long-term consequences for Canadian business across all sectors. - Globe and Mail

It's as if we're between stories. These days, Alberta feels like a different place. People are different. Here in Calgary — that difference is plain as day. If you told me twenty-five years ago that the confidence, the let's get 'er done attitude that attracted no end of talent to Calgary would cool in less than a generation, well … it's like I said — we're between stories. We’re trying to figure out our place in Canada again. And we need to figure out what concessions can be given, and where we must stand firm. - CBC News

Caisse de dépôt et placement du Québec disclosed a large stake in Kinder Morgan Canada Ltd., potentially bringing the country’s second-largest pension fund manager into the fight over the Trans Mountain pipeline expansion. Montreal-based Caisse held 10.2 million shares as of Dec. 31, according to its annual report released Tuesday. The stake, worth about C$181-million ($143-million) at Wednesday’s prices, would make it the largest outside holder of Kinder’s Canadian unit, amounting to about 3 per cent of the stock in the pipeline company or 7.8 per cent of the publicly available shares. It’s unclear how many the fund manager holds now. The disclosure is another twist in a saga that has Alberta’s provincial government threatening to impose an oil embargo on neighbouring British Columbia, with Prime Minister Justin Trudeau attempting to mediate by launching talks to potentially support the company financially. A halt to energy shipments would have ripple effects across North America’s west coast. - Toronto Star

As the Liberal government deals with deep divisions over a western pipeline expansion, grassroots party members are pushing for a long-term vision that relies less on getting oil to market and more on Canada's energy independence. Delegates at the Liberal convention in Halifax, the unofficial kick-off for the 2019 election campaign, begin to debate 30 policy resolutions on Friday, including one that calls for weaning Canada off foreign oil. But just as the premiers of Alberta and B.C. are split on the Trans Canada pipeline expansion project, so too are Liberals at odds over the country's broader oil policy for the future. - CBC News

Epcor is proposing to install 45,000 solar panels in the southwest river valley adjacent to the E.L. Smith water treatment plant. The construction of this major electrical utility will mean the removal of trees on the property to accommodate the solar panels and building a new fence to enclose the solar-generation complex. The project is expected to generate 12 megawatts of electricity and will connect the solar panels to both the water-treatment plant and the electrical grid. The impetus for the initiative is a requirement by the company’s shareholder to “convert approximately 10 per cent of its conventional power consumption to locally produced renewable sources.” - Edmonton Journal

President Trump blasted the OPEC oil cartel on Friday, accusing the group on Twitter of “artificially” raising oil prices and declaring that it “will not be accepted!” OPEC, the Organization of the Petroleum Exporting Countries, is a group of 14 nations that seeks to coordinate oil production and greatly influence oil prices. U.S. ally Saudi Arabia remains OPEC’s most powerful member — with enough production capacity to manipulate global supplies. But unity within OPEC has been strained in recent years as some members such as Iran have pumped greater supply into the market. That, in turn, has pushed down prices. OPEC is currently operating under a joint agreement with Russia, a major oil-exporting country that is not an OPEC member, to try to regulate global supplies. - Washington Post

Market forces are driving a clean energy revolution in the U.S. — Bill Ritter

Transforming U.S. energy systems away from coal and toward clean renewable energy was once a vision touted mainly by environmentalists. Now it is shared by market purists. Today, renewable energy resources like wind and solar power are so affordable that they’re driving coal production and coal-fired generation out of business. Lower-cost natural gas is helping, too. And, despite the Trump administration’s support of coal, a recent survey of industry leaders shows that utilities are not changing their plans significantly. Natural gas prices, which were highly volatile and often spiked in the early 2000s, have now stabilized at much more affordable levels. They are likely to remain so as production methods improve and sources expand. - The Conversation

Swathes of near-empty land stretching over some of the most remote parts of the Northern Territory have been given a fresh chance to come to the rescue of struggling gas buyers along the east coast. But there's an awfully long way to go before any of the 200 years' worth of east coast domestic demand thought to lie trapped in the NT's underground rocks start fuelling the alumina refineries of Gladstone or the cooktops of Sydney households – if ever. The NT government's decision this week to lift a moratorium on hydraulic fracturing, the process needed to extract unconventional gas, should not have been the nailbiter that it was. The comprehensive and consultative scientific inquiry into fracking headed by Justice Rachel Pepper that the government relied on found that risks could be reduced to an "acceptable" level or eliminated through the application of 135 recommendations. Several previous studies around Australia had made similar findings. - Australian Financial Review