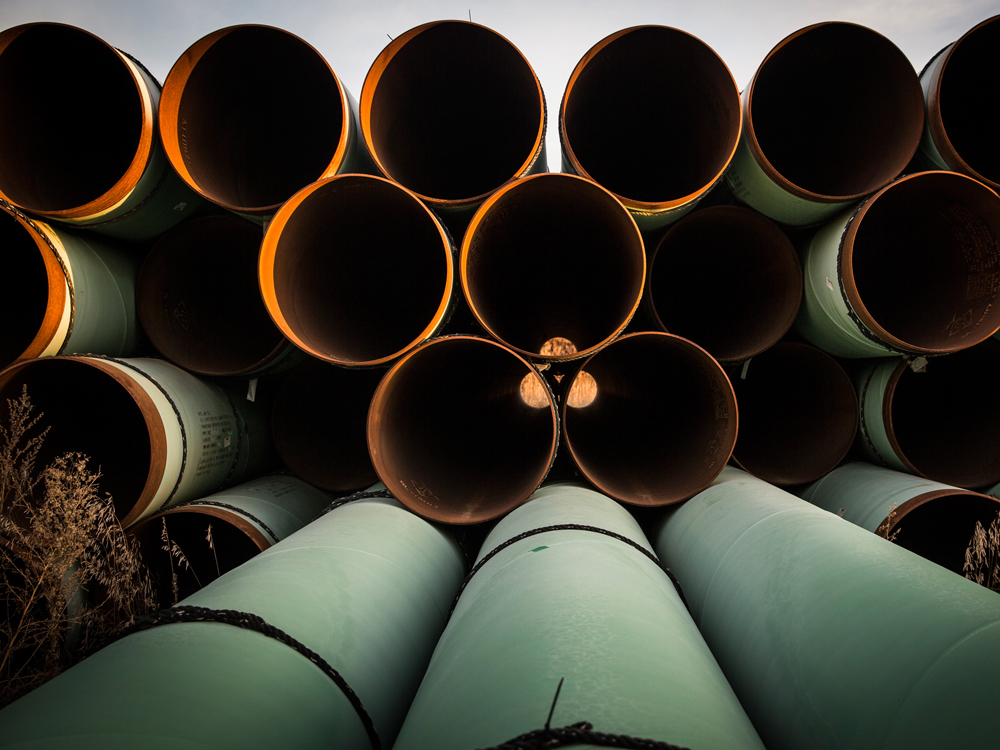 Why pipelines matter - even in Ontario — Jocelyn Bamford

Few Canadians have probably taken the time to consider what the Trans Mountain Pipeline project means for ourselves and our neighbours. During the economic downturn of 2008, the majority of companies that were not leaving Ontario were those with closer links to the resource sector. Manufacturing supporting the resource sector has done well in Canada, providing innovation and good paying jobs.  Pipeline companies work away as responsible corporate citizens while many environmentalists and bureaucrats and politicians vilify them. They are like many, many other companies in resource sectors across Canada: they love this country and its resource bounty and they want to steward it well. Canada has some of the highest environmental standards in the world, and yet you would swear we were irresponsible proponents of environmental abuse. Canada’s pipeline sector isn’t perfect. But their standards of conduct are second to none. And losing them will be a great loss to our wellbeing. - Toronto Sun

Gas prices continue to rise in B.C., and are expected to surpass $2 a litre by the summer. Despite a growing trend toward green cars and the investment in low-carbon energy to power them, a recovery in oil prices - heralded as good news for the Canadian oil and gas industry - is just one more sign that the global demand for carbon-producing fossil fuels remains strong. The oil industry is not easily predictable, and the success or failure of investments that will take a long time to pay off, such as Canada’s Kinder Morgan pipeline, depend on guessing right. However, the overall consumption of oil and gas in the United States is rising and demand from industrializing countries such as China and India will continue to surge. - CBC News

Conservative finance critic Pierre Poilievre will ask the House of Commons this week to force the government to show Canadians how much more they can expect to pay for gas, heat and groceries once every Canadian will be charged a $50 per tonne carbon tax. Poilievre says he knows the government has the information because access to information requests he filed produced a finance department memo that says there is an analysis of the potential impact of a carbon price, based on household consumption data across different income levels. However, he says the actual data from the analysis is blacked out. Poilievre says the carbon price legislation takes up 200 pages of the government’s budget implementation bill, but nowhere does it say how much it will cost people. “If the knowledge of the cost of the carbon tax in itself would cause injury to the Canadian economy, then that cost must be even worse than we have imagined,” said Poilievre. - National Post

As the federal and Alberta governments race to rescue the Kinder Morgan pipeline project, the global financial community is sending new signals that Canada’s investment in the fossil-fuel economy comes with increasing climate-change risks. The most recent warning came last week when Europe’s largest bank. London-based HSBC announced it will no longer lend to greenfield oil sands expansion projects and will put additional investment screens on existing operations. The bank said a substantial portion of the world’s fossil-fuel reserves “must remain in the ground” to avert the most catastrophic impacts of climate change. The warnings from the mainstream financial sector come at a delicate time for Alberta’s oil industry and the federal government, which hopes to give the industry a shot in the arm by getting the Trans Mountain pipeline project back on track. - Globe and Mail

September’s carbon tax may hit rural Manitoba residents harder than urban residents. The Manitoba Government’s promised carbon tax will be added to gasoline, diesel fuel, natural gas and propane. While agriculture use will be exempt, local drivers will feel it at the pump this fall. It is estimated the change will mean paying more than $100 extra each year for the average resident. However, for rural residents who regularly drive longer distances for groceries and work, that cost will hit harder. - Pembina Valley Online

In a new pre-election report the Toronto Region Board of Trade says that “while Ontario consistently ranks as one of the best places to live, we don’t rank as highly in the cost of doing business. Businesses benefit from Ontario’s diverse and educated workforce, but face barriers due to housing affordability, rising electricity prices and poor (research and development) investment,” says the eight-page study. “The recent government decision to sharply increase the minimum wage over a very short time and raise payroll taxes only increases the pressure to keep costs down, particularly for small businesses.” Ontario Chamber of Commerce president and CEO Rocco Rossi said his organization is “advocating that the next provincial government reduce the overall tax burden on business.” - Toronto Star

New federal legislation, proposed to replace the 2012 Canadian Environmental Assessment Act, would provide the public with more input into major resource project reviews, but a B.C. environmental lawyer fears the minister would still have too much leeway to make decisions based on politics. “One of the main purposes of (the act) is to foster sustainability, but the minister still seems to have this discretion to approve projects that will hinder Canada’s ability to meet its climate-change obligations,” said Anna Johnston, a lawyer with West Coast Environmental Law. For industry figures, a key concern is uncertainty around projects currently going through assessments under the 2012 process and whether they will be forced to restart under the new one. - Toronto Star

Nova Scotia’s offshore petroleum regulator has granted BP Canada Energy Group approval to begin drilling a well off the province’s coast. The Aspy D-11 exploration well is the first in BP Canada’s Scotian Basin Exploration Project, which could see up to seven exploration wells drilled off the southeast coast of Nova Scotia over a three-year period. It is not known definitely when drilling will commence. Speaking from the Liberal Party of Canada convention in Halifax on Saturday, Nova Scotia Premier Stephen McNeil threw his support being the planned exploration. There are still lingering concerns over an oil spill however. – Toronto Star

A bankrupt power generator’s plea for President Donald Trump to help saving money-losing power plants has drawn opposition from key administration officials, slowing action on the proposal, according to two people familiar with the deliberations. FirstEnergy Solutions Corp. asked the Trump administration last month to immediately declare a grid emergency and guarantee profits for money-losing coal and nuclear power plants - a move the government has generally reserved for times of war and potentially widespread blackouts. The Energy Department has yet to decide on the request, and instead opened a public comment period on the underlying authority. Some members of Trump’s administration see the FirstEnergy Corp. subsidiary’s plea as premature, lacking evidence that the situation is dire and requires urgency, said the officials, who asked not to be identified because the deliberations aren’t public. The company has said some of the plants in question won’t shut until 2020 at the earliest. - Bloomberg

An administrative law judge is due Monday to recommend whether Minnesota regulators should approve Enbridge Energy's proposal for replacing its aging Line 3 crude oil pipeline across northern Minnesota. The proposal has drawn strong opposition because the line would carry Canadian tar sands crude across environmentally sensitive areas in the Mississippi River headwaters region where American Indians harvest wild rice and hold treaty rights. Calgary, Alberta-based Enbridge says the project is necessary to ensure reliable delivery of crude oil to Midwestern refineries. The existing line, which was built in the 1960s, can run at only half its original capacity. Administrative Law Judge Ann O'Reilly's recommendations on whether the line is needed and routing will help guide the Minnesota Public Utilities Commission when it makes its final decisions in June. - US News and World Report

The global oil price is trading at its highest price in more than four years, and it seems that a number of additional price spikes are on the way, as instability and conflict affect several major oil producers. Now that the U.S. is the world’s top oil producer, however, higher oil prices would have a mixed impact on the U.S. economy. U.S. oil production has so far not ramped up fast enough to offset the new demand and the increasing production risks. While sufficient U.S. volumes could be produced to close the gap, a variety of bottlenecks have emerged including lack of investor enthusiasm, limited pipeline capacity and shortages in materials and qualified labor. The oil price will most likely continue to trade in the higher band and a number of temporary price spikes can be anticipated in response to geopolitical developments. - The Hill

Seven of the country's largest investors in electricity and gas networks have banded together to voice their alarm at proposed changes to the regulatory system that they say will drive up energy prices for consumers and hamstring investment in the sector. The firms, which include IFM Investors, Australian Super and Macquarie's infrastructure arm, are taking issue with amendments to the calculation method for the rate of return on capital, the biggest variable when assessing five-year tariff rulings for regulated assets such as electricity transmission lines and local power grids. The rate of return makes up about half of a network business' allowed revenue and so is a key driver of the amount of network charges that consumers pay in their power bills. - Australian Financial Review