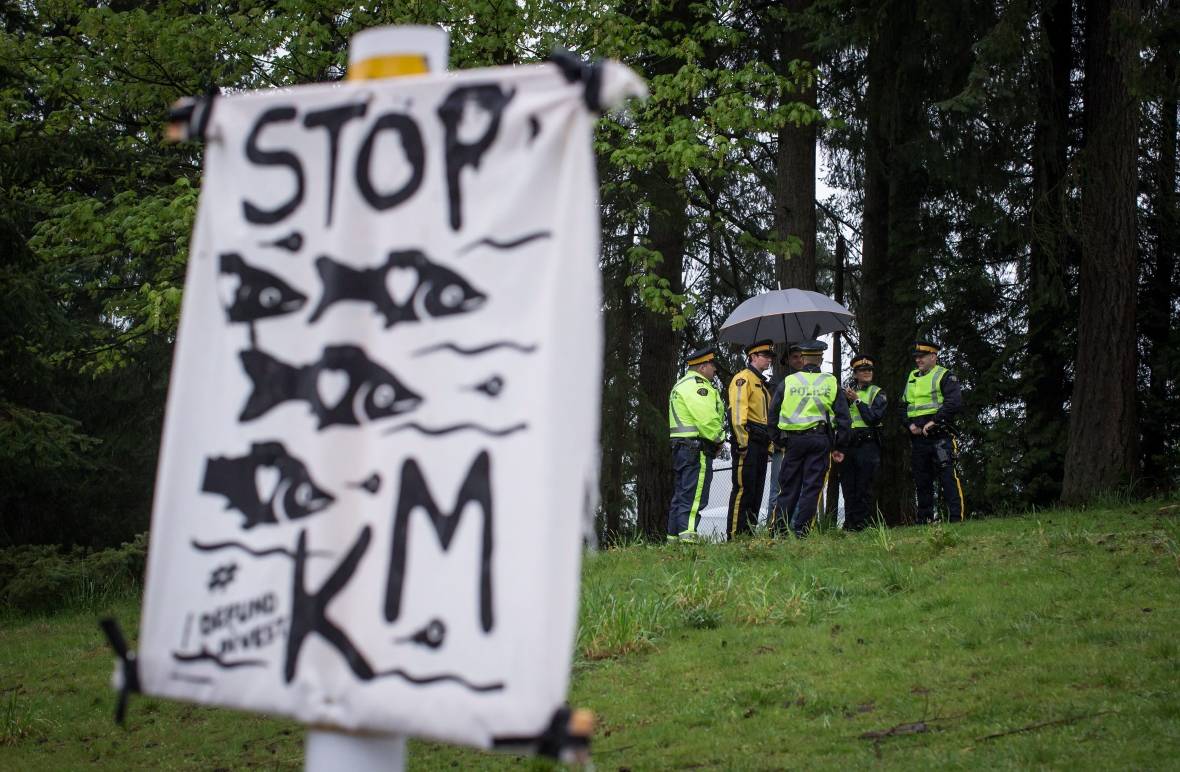 British Columbia's court case over the flow of heavy oil through the province could be damaged by the NDP government's previous positions against the expansion of the Trans Mountain pipeline, says a legal expert. The provincial government filed a reference case Thursday in the B.C. Court of Appeal asking whether amendments it is proposing to the Environmental Management Act are valid and if they give the province the authority to control the shipment of heavy oils based on the impact spills could have on the environment, human health or communities. The province is also asking the court whether the amendments are over-ridden by federal law. - CBC News

Gas prices continue to break records in the Lower Mainland, as prices hit 160.9 cents for a litre in Vancouver. The pump price jumped a full cent overnight Saturday, with many drivers waking up to the new numbers Sunday morning. Dan McTeague with GasBuddy.com said Vancouver now has the highest gas prices of any major city in North America, with Victoria in second place. He said the prices break records, looking back as far as 1998. "These are the highest prices that we have ever seen here in Vancouver," he said. "We're into uncharted territory here and extremely expensive for pretty much everyone."  - CBC News

Get ready for a little bit more pain at the pump this summer. Crude oil prices are at the highest level in more than three years and expected to climb higher, pushing up gasoline prices along the way. The U.S. daily national average for regular gasoline is now $2.81 per gallon. That's up from about $2.39 per gallon a year ago, according to Oil Price Information Service. And across the U.S., 13% of gas stations are charging $3 per gallon or more, AAA said last week. "This will be the most expensive driving season since 2014," said Tom Kloza, global head of energy analysis for Oil Price Information Service. - Winnipeg Free Press

As pipeline gets closer, B.C. tries another dodge — Don Braid

It may be risky to say the B.C. government is playing its final anti-pipeline card. There’s no statute of limitations on legal goofiness. But the province’s latest move sure looks like an admission of looming defeat. The province’s new proposals, instantly referred Thursday to the B.C. Court of Appeal, seeks to require stringent permits for flows of diluted bitumen through the expanded Kinder Morgan pipeline. That was expected. Most interesting is what the proposals don’t say. They do not say the pipeline project cannot or will not be built. They assume a situation in which bitumen is already flowing through the expansion project. Also, it appears that current volumes through the existing pipeline would not need permits. - Edmonton Journal

It’s increasingly clear Justin Trudeau’s national carbon tax is a boondoggle waiting to happen. It’s going to hike the cost for regular Canadians on everything from gasoline and home heating to groceries and the cost to run hockey rinks. It will disproportionately impact low-income families. As a recent Postmedia story detailed, the revenues from a national carbon tax could hit $35-billion per year. Keep in mind that staggering sum is based on a tax of $50 per tonne, which is what Prime Minister Justin Trudeau is mandating the provinces introduce by 2022. - Toronto Sun

In 2016 the Federal Court of Appeal overturned the Harper government’s approval of the Northern Gateway pipeline. Pipeline history may be about to repeat itself. Back then, the court found Harper’s consultation was rushed and hid important impacts. Most critically, Harper didn’t fulfill his duty to consult with Indigenous communities who hold key treaty and constitutional rights on land the pipeline would have crossed. The court quashed Harper’s approval. Now, in 2018, and for the same reasons, Trudeau’s Trans Mountain plan may also be sunk. Like Northern Gateway, it would run across land on which Indigenous rights apply — and so adequate consultation is required. - Toronto Sun

A North Sea oil field named after a 19th century Norwegian prime minister could soon spark a shakeup in the Brent crude benchmark that prices oil around the world. The widely used benchmark risks losing relevance amid declining production from the oil fields that it is priced off. Other oil benchmarks are clamoring for its role, including in China and Dubai, while the U.S. oil gauge, West Texas Intermediate, is gaining more currency abroad as American crude is exported. The Johan Sverdrup field, about 87 miles west of Stavanger, Norway, is due to begin production in 2019 and could offer Brent a lifeline by boosting the volume of crude used to price it and making it more reflective of the wider market, analysts say. - Wall Street Journal

Labor factions are at war over the Northern Territory government's landmark move to lift a ban on fracking, with the Right-aligned national executive considering intervening to stop construction union heavyweight Michael Ravbar's push against the decision. The NT Labor Right filed disputes with the national ALP on Monday over claims the Labor Left is improperly boosting its numbers at the upcoming party conference in a bid to oust party secretary Kent Rowe and cause huge embarrassment to NT Chief Minister Michael Gunner. - Australian Financial Review