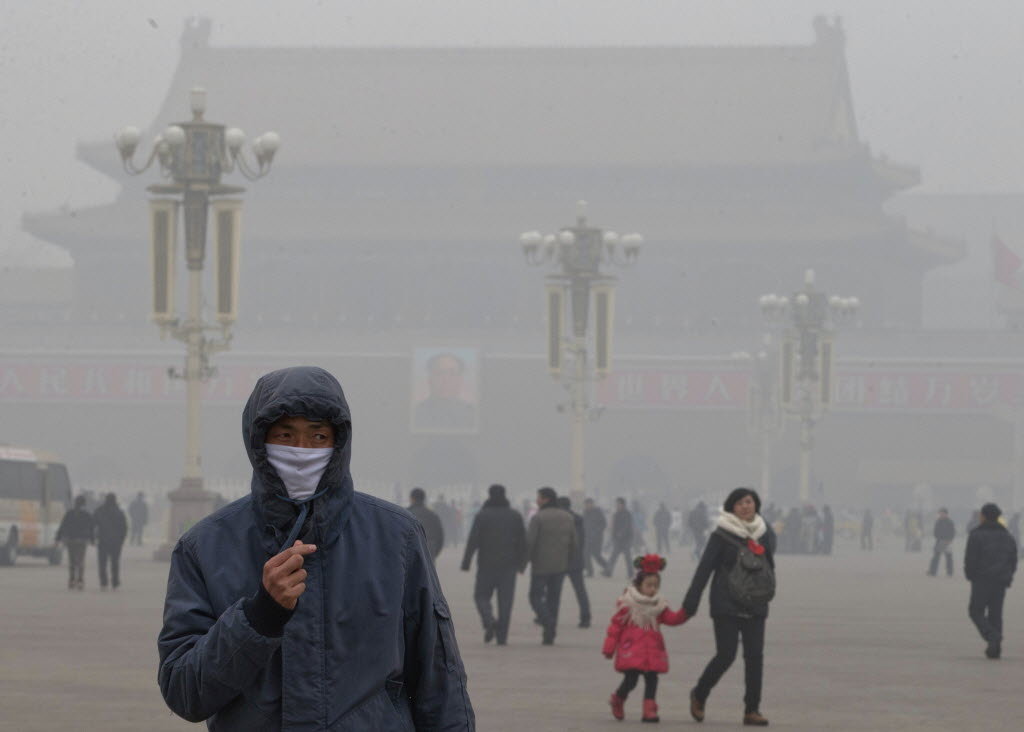 Wenran Jiang, director of the Canada-China Energy & Environment Forum at the Institute of Asian Research at UBC, is urging policy-makers and environmentalists to think globally and act globally when it comes to helping the environment. Jiang’s ideas would not only substantially reduce the world’s CO2 emissions but will also help boost Canada’s natural gas business, increasing well-paying jobs, boost government revenues and therefore better fund social programs Canadians covet. “If every one of Canada’s 35-million people stopped breathing tomorrow global CO2 emissions would decrease by only 1.6% of the global total,” said Jiang. But, if Canada could assist China in reducing its enormous carbon footprint by helping it meet its stated goals of reducing its reliance on coal by switching over to natural gas, then that would have an appreciable impact on the world’s CO2 emissions. - Calgary Herald

The company that built the disputed Dakota Access oil pipeline filed a lawsuit requesting damages that could approach $1-billion against Greenpeace and other groups on Tuesday, alleging that they disseminated false and misleading information about the project and interfered with its construction. The company alleges that the groups’ actions interfered with its business, facilitated crimes and acts of terrorism, incited violence, targeted financial institutions that backed the project and violated racketeering and defamation laws. The company seeks a trial and monetary damages, noting that disruptions to construction alone cost it at least $300-million and requesting triple damages. - Calgary Herald

Ian Dundas, chief executive of Calgary-based Enerplus Corp., expects to see far fewer oil trains rumbling across the sprawling farmlands of North Dakota in coming years. Enerplus Corp., one of the first companies to enter the Bakken, an oilfield spanning southern Saskatchewan, North Dakota and Montana. In the absence of available pipeline capacity, companies operating in the region had for years moved oil on an existing rail network in Canada and the United States. As production boomed, producers began investing more in oil-by-rail terminals, paying a premium to get their product to market. But the completion of the highly contentious Dakota Access pipeline in June, a major oil conduit carrying some 570,000 barrels per day of crude from North Dakota to Illinois, has upended the region’s dependence on rail. The pipeline has dramatically reduced shipping costs for Bakken companies, bringing overall costs in line with other U.S. shale producers, like those in the highly prolific Permian Basin in Texas and New Mexico.  - National Post

A shared vision to build technical self-reliance, developing new partnerships, and promoting healthy First Nation communities is the common thread in bringing over 200 passionate resource development and technical service people to Technations 2017. The 22nd annual Technical Conference and Trade Show is being held from Aug. 21-25 at the Valhalla Inn, Thunder Bay. The conference, hosted and organized by the Ontario First Nations Technical Services Corp. (OFNTSC), has gained tremendous reach and momentum. Over the years the conference has served as a platform to discuss emerging themes that are also on-going concerns for the First Nations. This year, the conference will feature sessions on climate change, community energy planning and implementation, and renewable energy options. - Chronicle-Journal

Even if you don’t build pipelines, they will come: Jonathon Hayward

Arguing about pipelines defines us as a country – environmentalists and opponents are willing to fight just the idea of a new project or any expansions. - Globe & Mail

Is it time for Newfoundland and Labrador to stop regulating gas prices?: Geoff Bartlett

A new report says regulation of gas prices in Newfoundland and Labrador has cost consumers an extra $63-million since 2001. The study, called Reconsidering Gasoline Price-Fixing for Atlantic Canada, was done over a seven-year period by the Atlantic Institute for Market Studies (AIMS). It looked at regulation of gas prices in the four Atlantic provinces over different periods of time. The report concluded that in an effort to stabilize prices over the last 16-years, the Public Utilities Board (PUB) changed prices in a way that has taken $63-million out of the pockets of consumers that would have not been spent if the prices had been allowed to fluctuate. - CBC

The Town of Banff's biggest consumer of electricity will now get 20 % of it from solar power, thanks to the installation of the largest solar photovoltaic system in the Bow Valley. The 280 kW system cost $488,932 to install. The Canada 150 Community Infrastructure Program contributed $244,466, the Alberta Municipal Solar Program put up $131,575, and $112,891 came from the town's environmental reserve. - CBC

The British Columbia government has applied for intervener status in court challenges against the Trans Mountain pipeline expansion. The NDP government announced earlier this month that it would be joining the legal fight against Ottawa’s approval of the $7.4-billion project and hired former judge Thomas Berger to provide legal advice. Attorney General David Eby said the majority of the pipeline is in B.C. and the government should be able to represent the interests of people in the province, notably because the Alberta government has already been granted intervener status. - Calgary Herald

The Trump administration has rejected a coal industry push to win a rarely used emergency order protecting coal-fired power plants, a decision contrary to what one coal executive said the president personally promised him. The Energy Department says it considered issuing the order sought by companies seeking relief for plants it says are overburdened by environmental rules and market stresses. But the department ultimately ruled it was unnecessary, and the White House agreed, a spokeswoman said. According to Robert Murray, executive of Murray Energy, the president had promised him in person that he would agreed to Murray’s request for help. His company is seeking a two-year moratorium on closures of coal-fired power plants in order to assist his key customer, FirstEnergy Solution as well as his own company, from going bankrupt. - CNBC

A Washington appeals court says federal energy regulators fell short in evaluating the environmental impact of a natural gas pipeline that's carrying gas through Alabama, Georgia and Florida. The U.S. Court of Appeals for the District of Columbia Circuit on Tuesday agreed with the Sierra Club in ruling that officials needed more detail in their environmental study of the Southeast Market Pipelines Project. The court said the Federal Energy Regulatory Commission should have attempted to quantify the greenhouse gas emissions that will result from burning the gas transported by the pipelines. The project includes the Sabal Trail pipeline, which runs for more than 500-miles through Alabama, Georgia and Florida. Sierra Club attorney Elly Benson says the group is discussing its next steps. - CNBC

Coal and trona mines are a big source of methane emissions, a potent greenhouse gas. Long after land that has been mined is restored, heat-trapping methane can still leak into the atmosphere. Now a Colorado business is developing a plan to make money by burning methane that would otherwise seep out of Utah’s recently retired West Ridge coal mine near East Carbon. Flaring the gas creates an environmental benefit — one that the state of California recognizes and considers a financial credit, called an offset. Companies in that state are required to reduce carbon emissions in an effort to keep the state’s aggregate emissions beneath a threshold that gets lower over time. Companies may purchase carbon offsets to help account for their own emissions. - Salt Lake Tribune

Expensive power: brought to you by 20-years of bipartisan federal-state failure: Thomas Parry

Commentators and politicians continue to interpret and reinterpret why the Australian energy market has ended up in an undeniable mess. In less than two decades, we've gone from enjoying amongst the world's lowest average electricity prices to around the highest. Why is electricity in Australia now so expensive when not that long ago it was cheap? Blame the regulatory rate of return earned by the so-called "poles and wires" businesses that drove up the cost of the transmission and distribution share of bills from the mid-1990s. Blame policy changes and uncertainty at the national level around dealing with carbon emissions and an array of uncoordinated and usually poorly thought through state-based green schemes has made it difficult for the more carbon-intensive generation plant to plan and invest. Blame the fact that gas was expected to play a major role in the transition from the ageing coal-fired plant to a greater proportion of renewables in the mix. - Australian Financial Review

The blockbuster $1.5-billion slate of wind and solar energy tenders announced by the Victorian government with a plan to legislate ambitious renewable energy targets sparked a resumption of federal-state hostilities. Victorian Premier Daniel Andrews said the leadership "void" in Canberra – where Turnbull government hardliners are blocking the Clean Energy Target recommended by Chief Scientist Alan Finkel – is forcing the states to set their own renewable energy targets to get investment.  Victoria's renewable energy tenders – Australia's largest to date – include two solar farms costing about $200-million to be built by Melbourne-based Syncline Energy and France's Neoen Australia, and an additional 650 megawatts of renewable energy costing about $1.3-billion. - Australian Financial Review