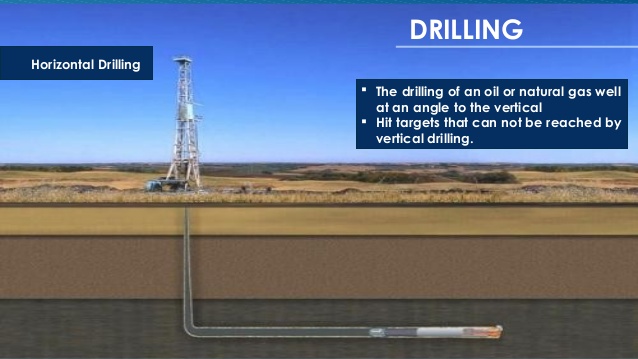 Imagine trying to slurp a thick chocolate shake through a J-shaped straw four miles long. That’s the kind of cheek-puckering test the North American shale industry must overcome to prolong a record boom in oil output. For almost a decade, drillers have been using new techniques to tap vast petroleum reserves scattered within deep, porous rock layers in places like west Texas, Pennsylvania and southern Canada. By digging extra-long wells that went down and then sideways at different angles, engineers were able to capture a lot more crude than from a vertical hole. While those new methods unlocked a torrent of new supply and turned the U.S. into the world’s largest producer, the increased difficulty of sucking fluid from so far underground is overwhelming pump systems that have changed little in decades. The mismatch is causing more well failures, rising costs at a time of low prices, and a scramble by companies like Exxon Mobil Corp. for alternative ways of maintaining flows. Extracting oil is usually easy at first as liquid gushes to the surface. But that quickly fades as the pressure eases, so producers rely on pumps that slowly extract the bulk of the reserves over years or even decades. - Calgary Herald

British Columbia Premier John Horgan will be giving his government’s decision on the future of the controversial Site C hydroelectric dam this morning. The New Democrat government has been debating whether to continue the construction of the $8.3-billion dam or cancel the work midway through the job. The B.C. Utilities Commission, an independent energy regulator, concluded in its assessment that the dam is over budget and behind schedule. The dam has been marked by deeply divisive approaches to environmental, economic, technological and Indigenous concerns that have become the front lines of political battles in B.C. An estimated $4-billion has been spent so far on the dam that has been under construction for more than two years. B.C. Hydro, the province’s public utility, has said more than 2,000 people are working on Site C, which is in the Peace River area near Fort St. John. - Financial Post

Kinder Morgan shares rose the most since its initial public offering after a regulator’s decision eased concerns that disputes with cities will delay the expansion of its Trans Mountain pipeline. The National Energy Board ruled on Thursday that the company could proceed with construction on the project in Burnaby, B.C., without complying with two sections of the city’s bylaws. The ruling boosted confidence that the federal government, which has approved the pipeline’s expansion, will help the company prevail over local opposition that had threatened to bog down the work. “This provides a measure of visibility that Kinder Morgan Canada can overcome future bylaw disputes of a similar nature as well as potentially similar disputes if they arise at the provincial level,” Robert Kwan, an analyst at Royal Bank of Canada, said in a note to clients. - Edmonton Journal

For the first time, electricity has been sent between Newfoundland and Nova Scotia through the new Maritime Link. The 500-megawatt transmission line was tested Friday, but won’t go into commercial operation until early in the New Year. Rick Janega, the CEO of Emera Newfoundland and Labrador, calls the test an historic accomplishment and the culmination of almost seven years of work. The project includes two 170-kilometre subsea cables across the Cabot Strait, with almost 50 kilometres of overland transmission in Nova Scotia and more than 300 kilometres of overland transmission in Newfoundland. Once in service, the link will improve electrical interconnections between the Atlantic provinces and connect Newfoundland to the North American energy grid for the first time. The link will eventually carry power from the Muskrat Falls hydro project in Labrador, where construction is running behind schedule and billions of dollars over budget. - Financial Post


When it's broken, Wynne's Liberals don't fix it — editorial

While Auditor General Bonnie Lysyk’s annual report on Ontario government blunders in the electricity sector uncovered millions of dollars of waste this year instead of billions, it also revealed something especially disturbing. That is that electricity regulators haven’t fixed easily correctable problems they’ve known about for up to 15 years, that could have saved Ontarians at least $100-million on their hydro bills and probably more. True, these numbers pale in comparison to Lysyk’s previous findings that, for example, the government is spending $9.2-billion more than necessary over 20 years on inflated prices for wind and solar power because it ignored the advice of its own energy experts. But Lysyk’s findings this year on the operations of the Independent Electricity System Operator (IESO) and the Ontario Energy Board (OEB), provide insight on why these financial disasters keep happening. It’s that Premier Kathleen Wynne’s Liberal government, and before her Dalton McGuinty’s Liberal government, have failed to fix problems costing Ontarians money on their electricity bills. - Toronto Sun

General Motors of Canada is proposing to build a renewable energy project at its St. Catharines Propulsion Plant in Ontario, a first of its kind endeavour for the auto maker which it estimates will reduce greenhouse gas emissions by 77% from the facility. The project proposes to build a 6.4 megawatt co-generation plant that will use renewable landfill gas as fuel to generate electricity and recover thermal energy to power and heat the St. Catharines plant, which manufactures V6 and V8 engines and GF6 transmissions. GM Canada says that in addition to significantly reducing net greenhouse gas emissions the proposed project will also lower energy electrical costs, improving the facility's long-term competitiveness. The automaker says once the project is online in mid-2019, clean energy will power approximately 32% of the St. Catharines plant – the most of any of GM's global population operations worldwide. - Globe & Mail

Canada's national pension fund manager is among a group of Canadian companies that are undermining the federal government's international anti-coal alliance by investing in new coal power plants overseas, an environmental organization says. Friends of the Earth Canada joined with Germany's Urgewald to release a report today looking at the top 100 private investors putting money down to expand coal-fired electricity – sometimes in places where there isn't any coal-generated power at the moment. The report lists six Canadian financial companies among the top 100 investors in new coal plants in the world. Together, Sun Life, Power Corporation, Caisse de depot et placement du Quebec, Royal Bank of Canada, Manulife Financial and the Canada Pension Plan Investment Board have pledged $2.9-billion towards building new coal plants overseas. Urgewald tracks coal plants around the world and reports there are 1,600 new plants in development in 62 nations, more than a dozen of which don't have any coal-fired plants now. - Globe & Mail

Alberta is set to unveil successful bidders for 400 megawatts of renewable energy projects in a major step by the oil-rich province toward transforming its power grid. The province will announce results of a competition under its marquee renewable-energy program as early as Wednesday in Calgary, in the first of several such auctions planned as part of a massive overhaul of its electricity system. The added capacity marks a big leap for a province keen to jump-start investment in up to 5,000 megawatts of renewable energy by 2030, and shift away from its long reliance on coal-fired electricity. NDP Premier Rachel Notley is especially eager to spur investment in solar and wind resources as the province emerges from a three-year rout in crude prices that has plunged it into deficit and led to tens of thousands of job losses in the dominant oil industry. A year ago, Alberta introduced sweeping changes to the grid – including supply contracts backstopped by the government – in a bid to make it easier for such intermittent power to compete. Suncor Energy Inc., TransAlta Corp. and BluEarth Renewables Inc. were among dozens of domestic and international companies that submitted expressions of interest to the Alberta Electric System Operator for the program. - Globe & Mail

At the rugged eastern edge of Cape Breton, the twin tunnels of the Donkin mine extend three kilometres under the Atlantic Ocean. At the end of those shafts is a massive coal deposit left untouched for more than three decades – until this year. The rebirth of underground mining in Cape Breton was initially seen as a godsend for an economically depressed region desperate for well-paying jobs. But the February revival of the 300-year-old industry ran into turbulence last month with news that 49 workers at the mine – about a third of its workforce – had been let go with eight weeks pay. Today, some industry observers are wondering what went wrong. And at least one environmental critic is complaining the Nova Scotia government was wrong to approve the mine at a time when much of the world is turning its back on coal – the dirtiest of all fossil fuels. - CTV News

Nova Scotia Power heads into a potentially contentious regulatory hearing Monday over its business dealings with fellow Emera subsidiaries. At issue is whether Nova Scotia Power is looking for the lowest price for ratepayers or looking to maximize profits for the affiliated company. Consultants for the Nova Scotia Utility and Review Board have delivered a damning verdict in an audit of NSP's compliance with the affiliate code of conduct. The code is intended to ensure NSP does not slip inside information to affiliates that is unavailable to third-party bidders. In a review spanning 2015 and 2016, NorthStar Consulting Group concluded NSP violated the code repeatedly. - CBC News


The answer to Manitoba Hydro increases? Use more electricity, not less — Joanne Seiff

In our household, we're wondering how to afford the Manitoba Hydro bill increases. Premier Brian Pallister's Progressive Conservative government has frozen one of our salaries. Our other bills are also rising: property taxes, water and insurance. We save money by being energy efficient. We shut off the lights when leaving a room. We wear sweaters and turn down the heat. Hydro bills will go up anyway because Manitoba Hydro decided to go ahead with the Bipole III transmission line and the Keeyask Generating Station to increase electricity supply. These efforts (like many public works projects) are over budget and behind schedule. Manitoba gambled that it could export this energy and earn back the costs. It doesn't look like we'll win this roll of the dice. The predicted electricity demands beyond our province's borders didn't materialize. The Manitoba Hydro board plans to resolve the problem by raising rates for all of our households by 7.9% a year for five years, far beyond the rate of inflation. - CBC News

The GOP tax bill working its way through Congress contains provisions that have huge ramifications for the energy industry, but legislators in Washington may not be done yet. A top Republican on energy issues, Senator Lisa Murkowski, is eyeing a sweeping piece of energy legislation for 2018. The proposal, which passed the Senate with a large majority in 2016, would streamline permitting for natural gas and hydro power projects, ease restrictions on LNG exports, modernize the electricity grid, and boost energy efficiency in buildings, according to Sen. Murkowski. It would also beef up cybersecurity, addressing a problem that has grown worse since the proposal was originally pushed two years ago. - Oil Price

A second dress rehearsal of the Australian Energy Market Operator's (AEMO) summer readiness plan in as many weeks has been averted after the agency's forecasts of potential supply shortfalls during this week's mini-heatwave in Victoria and South Australia drew at least two generators back into the market. That test passed satisfactorily after AEMO called Tesla and Neoen's 100 megawatt battery at the Hornsdale wind farm into service for the first time and activated its Reliability and Emergency Reserve Trader mechanism, which prompted Australian Paper's Maryvale, Victoria paper mill to dial back its consumption. - Australian Financial Review