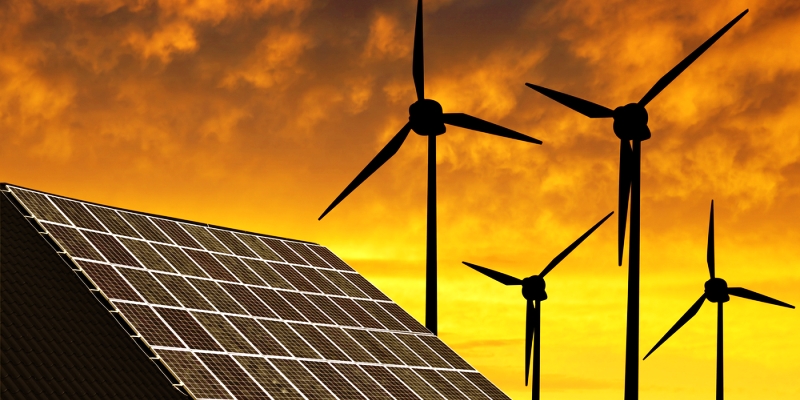 Another $1-billion down the drain? — Andre Marin

Another billion-dollar Liberal government boondoggle might be in the works. Think e-health and gas plants. The problem is, we might never find out about this one. Fears are starting to emerge regarding business and residence green energy producers who feed Ontario’s hydro grid. Producers are being paid between 20 and just over 80 cents per kilowatt hour. With new technology, they can increase their output by an extra 40% whether the grid needs it or not. How do we know they are not abusing the system? Well, we don’t. To make matters worse, when we have an oversupply, we have to shed it, which means giving it away or selling it under cost to energy-starved jurisdictions. In 2016 alone, this cost us a whopping amount, between $384-million and $675-million, according to the Ontario Society of Professional Engineers. Hydro One says it monitors the production and payouts to the producers, but will provide scant details, because legally it’s not obliged to. - Toronto Sun

'Both cannot be right': The biggest voices in oil disagree on the outlook for 2018 — Bloomberg News

The two most critical forecasts of global oil markets offer contrasting visions for 2018: one in which Organization of Petroleum Exporting Countries (OPEC) finally succeeds in clearing a supply glut and another where that goal remains elusive. In the estimation of OPEC, production curbs by the cartel and its allies will finally eliminate the excess oil inventories that have depressed crude prices for more than three years. But in the view of the International Energy Agency, which advises consumers, that surplus will barely budge. “Both cannot be right,” said Ole Sloth Hansen, head of commodity strategy at Saxo Bank A/S in Copenhagen. “Whichever way the pendulum swings will have a significant impact on the market.” OPEC and Russia have eliminated almost two-thirds of a global glut this year as the former rivals jointly constrict their crude production to offset a boom in U.S. shale oil. At the heart of the clash between the 2018 forecasts is whether the alliance can deplete the rest of the overhang without triggering a new flood of American shale. - Victoria Sun

An RBC report warns that Canadian oilsands producers face rising price discounts as growing production “materially exceeds” export pipeline capacity to the United States in the first quarter of 2018. RBC Dominion Securities says production from the oilsands of northern Alberta is set to climb by nearly 620,000 barrels per day over the next four years to 3.3 million barrels per day in 2021 before levelling off. It says about 75% of the growth will be in raw bitumen — which must be blended with light petroleum products to flow in a pipeline, thus increasing volume by another 30 to 40%. The difference between Western Canadian Select, a diluted bitumen crude, and West Texas Intermediate, a North American benchmark for conventional oil, will widen to average US$15.50 per barrel in 2018 and US$17.50 per barrel in 2019, says the report by bank analyst Greg Pardy. - Calgary Herald

Canadian oil producers are running out of options to get crude to market as pipeline and rail capacity fills up, driving prices to four-year lows and increasing the risk of firms having to sell cheaply until at least late 2019. This will drive down the profit margins for the oil sands industry, already struggling to compete with cheaper and abundant supplies from U.S. shale. A number of foreign oil majors have left Canada’s oil sands to invest in more profitable U.S. shale plays, selling over $23-billion in Canadian assets this year alone. Canada’s oil sands output is still growing – but only as projects under construction are completed and smaller expansions come online. Oil firms are not commissioning large new projects because they cannot build them profitably with oil in the US$50s a barrel. - Reuters

New Brunswick is adopting federal targets for large industrial emitters that could make them pay to offset their greenhouse gases. The province introduced legislation Thursday that it says would also redirect taxes on gasoline and diesel to programs that combat climate change. The province's new fund would reinvest in infrastructure adaptation, and energy efficiency in homes, businesses, industry and transportation. In 2018, 2.33 cents per litre of existing gasoline taxes and 2.76 cents per litre of existing diesel fuel taxes would be transferred to the Climate Change Fund. - CTV News

The Canadian Centre for Policy Alternatives (CCPA) is pushing for a public inquiry into fracking operations in British Columbia. The call for a formal inquiry comes after a 2013 report emerged showing that the B.C. Oil and Gas Commission estimated there may have been 900 instances of leaks, known as gas migration. The report says there was “no evidence to suggest any of the current wells with gas migration pose a risk to domestic water wells,” but Ben Parfitt with the CCPA says otherwise, adding that the commission had the report for four years without making it public. “One of the more disturbing findings associated with this report is that this only applied to a portion of the area in which oil and gas companies operate,” Parfitt said. - Global News

Dozens of protesters are taking a stand against mining projects on a Cape Breton mountain that is considered sacred by the Mi'kmaq. Raymond Plourde of the Ecology Action Centre said traffic on Cape Breton's Seal Island Bridge was slowed in response to Saturday's rally against mining or quarrying of Kellys Mountain, and the roads were temporarily shut down by police during a Mi'kmaq ceremony. The Nova Scotia Mining Association has expressed hope that the provincial government will revisit the status of the protected area, saying the policy has harmed Cape Breton's economy. - National Observer

The Republicans’ tax package would boost traditional forms of energy such as oil and gas while also supporting renewable energy such as wind and solar power – and even extend a hand to buyers of electric cars. An agreement by House and Senate negotiators would open Alaska’s Arctic National Wildlife Refuge to drilling, while preserving tax credits for wind power and other clean energy. The bill also would extend a tax credit of up to $7,500 for purchases of plug-in electric vehicles such as the Tesla Model 3 and Chevrolet Bolt. Republicans rolled out the bill late Friday. Opening the remote Arctic refuge to oil and gas drilling is a longtime Republican priority that most Democrats fiercely oppose. - National Post

The U.S. renewable energy industry expressed relief after a compromise Republican tax bill released late on Friday preserved key tax credits that had been at risk of being removed. The final tax bill retains the production and investment tax credits for wind and solar energy, which spurred investment in the fast-growth industries. It also eliminates the alternative minimum tax, which would have reduced the value of those credits, CNBC reported. Solar industry group SEIA called the tax bill a “great victory” for the sector and its 260,000 workers. Advanced Energy Economy, a lobby group for clean energy, said it was relieved that the bill retained the tax credits but called it a “missed opportunity” to bolster other technologies, such as fuel cells, energy storage, combined heat and power, geothermal, nuclear and distributed wind power. - Financial Tribune

Heavy polluters will be allowed to buy foreign carbon dioxide credits to help meet their emissions obligations under the proposed National Energy Guarantee, Environment and Energy Minister Josh Frydenberg has revealed. The timing and quantity and quality criteria for foreign carbon credits are to be determined in 2020 under the "in principle" decision – the first to emerge from the Turnbull government's long-awaited Climate Change Review, to be released on Tuesday. It would allow large emitters of planet-warming greenhouse gases, such as carbon dioxide, to purchase carbon credits from foreign sellers in time for the commencement of the National Energy Guarantee's emissions guarantee. The decision will hope to settle long-running disputes over climate policy in the Coalition: Whether heavy emitters of greenhouse gases should be able to buy and sell carbon credits to manage carbon liabilities; and if so whether they should be able to buy foreign credits, which may not be subject to the same rigour as domestic ones. - Australian Financial Review

Australia is an over-achiever in cutting carbon emissions — Josh Frydenburg

Today, the Turnbull government released new carbon dioxide emissions data for the June quarter and updated emission projections out to 2030. The message is a positive one. Emissions fell in the quarter by 0.6%, the largest quarterly decrease in four years. This included a significant 1.8% reduction in the electricity sector. Just as Australia beat its first Kyoto target by 128 million tonnes of CO2, we are on track to easily surpass our 2020 target. The latest data indicates we will over-achieve by 294 million tonnes, which is a 30% or 70 million tonne improvement on the year prior. There is still much work to be done, but it is clear the emissions intensity is changing and our suite of policy measures are working. Our approach is to simultaneously address climate change, while ensuring strong job creation, the international competitiveness of our industry, and energy affordability and security, is maintained. - Australian Financial Review

A planned gas pipeline to link Russia with Germany that bypasses Ukraine and Poland threatens central Europe’s security, Poland’s new prime minister said Monday. The so-called Nord Stream 2 gas pipeline would be the second to carry Russian gas directly to Germany and Western Europe via the Baltic Sea instead of through Poland and Ukraine. Poland and other countries in the region that are dependent on Russian gas are strongly opposed to this project, which economically links Germany with Russia and bypasses them, and allows Russia’s Gazprom to dictate prices. Morawiecki said Monday the planned pipeline could also add to instability in Ukraine. - National Post