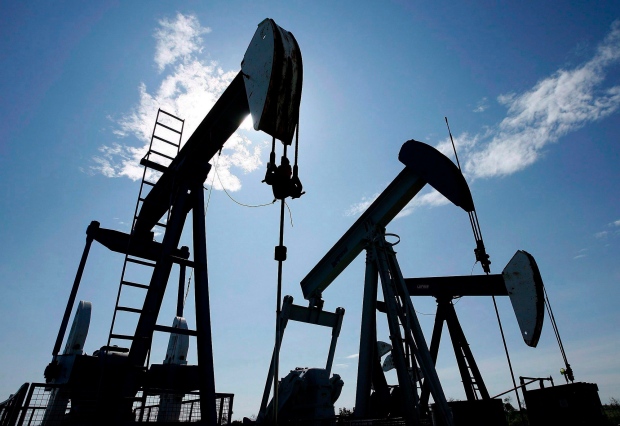 Canada's offshore oil industry, a sliver of the country's crude sector, is drawing rising investment interest due to an aggressive push by Newfoundland and Labrador as prices plummet in oil-rich Alberta due to pipeline problems. Offshore interest in the Atlantic province stands in contrast to Western Canada's oil fields, where foreign companies have sold some $23 billion worth of assets this year due to depressed prices. ExxonMobil's Hebron off Newfoundland, Canada's easternmost province, became the country's first new producing offshore oil project in 12 years last month. - CBC

Sales of oil and gas drilling rights in Alberta delivered almost four times as much money for the provincial treasury in 2017 compared with 2016 but the total remained well short of the record. Alberta Energy reports receiving $18 million in Wednesday's auction, the last of the year. That brings the total for 2017 to $504 million, 3.7 times as much as the $137 million in 2016. The record was $3.5 billion in 2011. - CBC

Canadians spend 90% of their time, on average, indoors. Therefore, the quality of our homes and buildings is of major importance to our health and well-being, our comfort and lifestyle, and our productivity and pocketbooks. Buildings also matter to our carbon footprint — both as individuals and as a country. From apartments to schools to office towers, buildings are responsible for nearly 12% of Canada’s overall carbon pollution and more than a quarter of our energy-related greenhouse gas emissions. The good news: designing our new buildings and retrofitting our existing buildings to make them ultra energy-efficient and low-carbon generates many benefits. Green buildings boast higher air quality and fewer drafts, stay warmer in winter and cooler in summer, and are safer in disasters. Investing in energy efficiency also leads to more affordable utility bills, higher resale values, job creation, and economic growth. - Edmonton Journal

From NAFTA renegotiations to the birth of the cannabis sector, plenty of game-changers impacted the economy in 2017, but — for better or for worse — the government-led energy transition packed the biggest punch. Governments in Alberta and Ottawa worked hand-in-hand to wean the economy away from the Western-Canadian based fossil fuel industry in favour of clean energy. They did that by taxing carbon, jacking up oil and gas regulations, accelerating the shutdown of coal plants, and capping growth of the oilsands sector. They provided incentives to renewable energy and promoted economic diversification to soak up excess capacity – such as unemployed oil and gas workers and empty real estate, especially in Alberta. - Calgary Herald

Georgia board to decide fate of $25-billion nuclear plant — AP

Georgia’s utility regulators are meeting Thursday to decide the fate of a $25 billion nuclear power plant, and the outcome could help shape the future of the U.S. nuclear energy industry. The Public Service Commission is expected to decide whether to allow construction to continue on two new nuclear reactors at Plant Vogtle, despite massive cost-overruns for the project. The commission’s decision is important for the nuclear energy industry, partly because the two reactors now being built there are the first new ones to be licensed and to begin construction in the U.S. since 1978. - National Post

For OPEC, U.S. shale oil is a curse. For the Trump administration, it is the biggest tool to help achieve what the White House has dubbed energy dominance. There are hundreds of players of all sizes in the shale patch, but the bulk of production is courtesy of just 30 companies—the shale oligopoly. Shale oil is unquestionably a hot topic. It will become even hotter with the ongoing debate over whether the shale boom is a scam because shale producers aren’t making any profits, or it’s a genuine boom that has tipped the scales of global oil dominance away from OPEC. As usual, the truth can be found somewhere in the middle. There can hardly be any doubt that shale production is indeed growing, driving the increase in overall U.S. crude oil production. - Oil Price

Drilling for crude in the Arctic National Wildlife Refuge may be just the start as U.S. President Donald Trump seeks to revive Alaska’s beleaguered oil industry. Republicans in Congress handed the industry a long-sought victory on Tuesday, approving exploration in the vast Arctic preserve as part of their tax overhaul. The legislation, which Trump is expected to sign into law, would lift an almost 40-year old ban on prospecting for oil and natural gas in the refuge’s coastal plain, where endangered polar bears, caribou and other species roam. - Calgary Herald

Metal processors have been hit by huge electricity price increases in the last year or two. Sun Metals, Korean owner of the Townsville zinc refinery, was one of the first to take the solution into its own hands. The company is building a $200 million, 125 megawatt solar farm to lower its annual electricity costs, which jumped by two-thirds to $70 million in two years in the highly concentrated, state-owned Queensland market. Sun Metals has been operating the Townsville refinery at night to avoid daytime peak grid charges, and the solar array will enable it to run during the day without having to worry about the damage to its bottom line. - Australian Financial Review