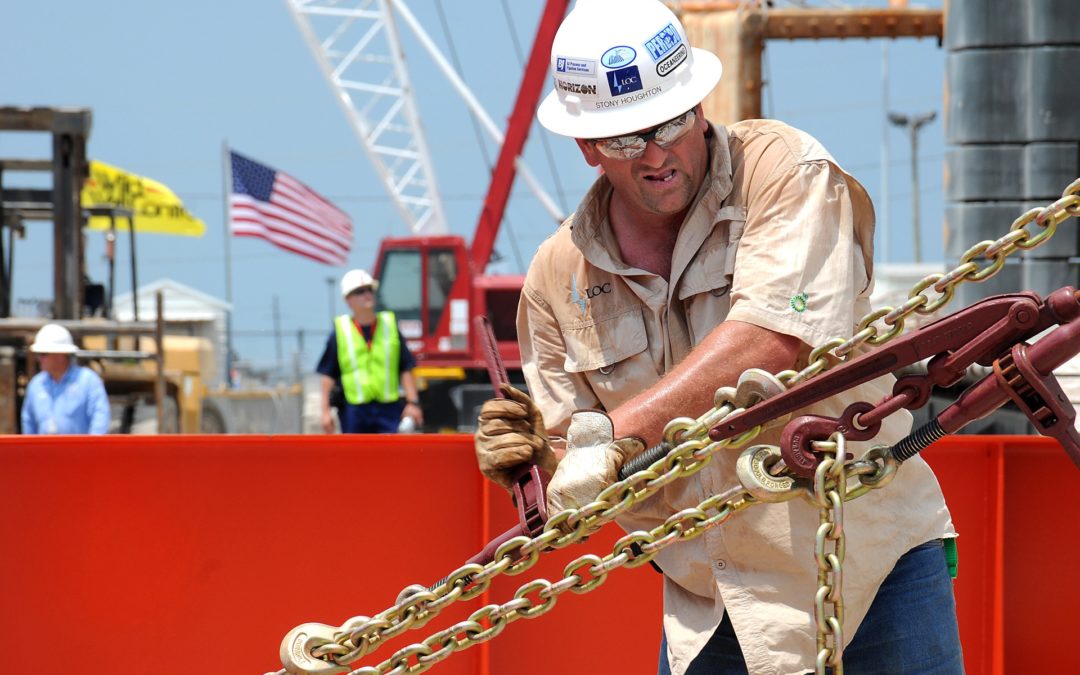 A growing number of Canadian drilling rigs are being moved south of the border to take advantage of brighter prospects for oil and gas in the United States – and observers say it’s unlikely they will ever return home. A week ago, Calgary-based Akita Drilling Ltd. announced it would enter the U.S. market by moving a rig from Western Canada into the prolific Permian Basin in West Texas. It said it is looking at moving more rigs south. Meanwhile, Calgary-based Trinidad Drilling Ltd. has announced it will move two idle drilling rigs from Western Canada to the same Texas oilfield, noting the move will boost its U.S. fleet to 69 rigs compared with 68 in Canada. Trinidad’s American customers are so eager to hire Canadian rigs they are willing to help pay relocation costs, CEO Brent Conway said in an interview on Tuesday, adding he would rather avoid the headaches of a move if he could find profitable work in Canada. He said the investment climate in the U.S. makes him doubtful the rigs will ever return. And he may move more rigs south if customer demand remains strong. - Global News

Alberta’s NDP Premier Rachel Notley finally took the gloves off Wednesday in response to the B.C. government’s latest and most provocative move – proposed restrictions on the increase of diluted bitumen transportation until the behaviour of spilled bitumen can be better understood. “The government of Alberta will not – we cannot – let this unconstitutional attack on jobs and working people stand,” Notley said before holding an emergency cabinet meeting “to discuss and evaluate the range of economic and legal options that are available to us including, for example, interprovincial trade in electricity.” Despite being approved by the federal government, the project has been the target of a petty shakedown by the B.C. NDP/Green government before regulators and the courts to use “all the tools in the tool box” to block it. But it didn’t start there. The previous B.C. Liberal government waged its own campaign against proposed pipelines from Alberta, feeding fears about oil spills and demands for benefits. Notley noted the two provincial economies are closely linked, with billions of dollars of goods crossing the boundary every year and hundreds of thousands of jobs depending on good trading relationships. - National Post

Manitobans can and should come up with their own way to combat climate change, but that solution must be fair to the rest of Canada, Prime Minister Justin Trudeau says. "Indeed, the core of our pan-Canadian framework is leadership from the provinces, is ensuring the provinces create an approach that works for them," Trudeau told CBC News on Wednesday. "We're continuing to work with the premier on that, but I think everyone understands we have to be fair right across the country and we have to have real targets that are going to reach our carbon emissions." Manitoba and Saskatchewan are the only provinces that have not signed on to the pan-Canadian framework on clean growth and climate change, a carbon-reduction plan that would see carbon emissions taxed at $10 per tonne to start, rising to $50 a tonne by 2022. Instead, the Pallister government revealed a plan in October that would set the carbon tax in the province at $25 a tonne with no plans to increase the tax, and said it would not sign the pan-Canadian framework. - CBC News

Canada's oil and gas producers are struggling to stay competitive with their U.S. counterparts because of the struggle to expand pipeline capacity, says a new report from the C.D. Howe Institute. The analysis by associate director of research Benjamin Dachis is the first in what he says will become an annual comparison of Canada's oil and gas sector with its North American equivalents. The report comes just days before the federal government is expected to unveil how it plans to overhaul the environmental and regulatory review process for major energy projects. Industry expects that overhaul to be the make-or-break plan for future pipeline projects and Dachis says the lack of pipelines to transport oil and gas to market remains the biggest factor affecting the industry's competitiveness with the U.S. "If Canadian governments allowed pipelines to be built expeditiously, the competitiveness of western Canadian oil producers would be greatly improved," he wrote. - Globe & Mail

Canada’s oil and gas producers are struggling to stay competitive with their U.S. counterparts because of the struggle to expand pipeline capacity, says a new report from the C.D. Howe Institute. - Calgary Herald

B.C. oil and gas companies should be paying a carbon tax on methane emissions from inactive and active gas wells, according to the authors of a new report from the David Suzuki Foundation. Based on a survey of gas wells in B.C.’s Montney Basin, the report found that 35% of inactive wells are leaking methane and hydrogen sulphide gas, or a combination of both. - Calgary Herald

A Boeing plane flew the 15 hours from Los Angeles to Melbourne, Australia, this week using about 10% less conventional jet fuel than any comparable aircraft before it – thanks to Quebec based company Agrisoma Biosciences Inc. that produces usable biofuel derived from a type of mustard seed. The “carinata” seed is crushed to recover the oil and the oil is then processed into jet fuel using the same process used to make petroleum-derived jet fuel. From an environmental perspective, jet fuel produced from carinata seeds results in about 80% less greenhouse gas than petroleum-based jet fuel. - Canadian Manufacturing

An underwater cable powering three New Brunswick island communities near the U.S. border was badly damaged by a scallop dragger 400 metres from shore in January. It will be replaced in 2019. The cable’s casing was damaged, causing the nitrogen gas protecting it from moisture to leak. There are no environmental effects to the leak. Since the cable was damaged, a single 28-watt diesel generator has supplied electricity to the communities affected. - Telegraph Journal

Still no common ground on the climate debate — Danielle Smith

I conducted two interviews this week – one with Hadrian Mertins-Kirkwood, a researcher at the Canadian Centre for Policy Alternatives, and one with Ross McKitrick, an economics professor at the University of Guelph who was recently named in the lawsuit launched by NYC Mayor Bill de Blasio blaming five oil companies for Hurricane Sandy damage. At the end of the interviews, it became clear why there are still so many climate change “skeptics.” Mr. Mertins-Kirkwood was unable to provide any numbers on questions about whether or not Canada could be carbon neutral due to vast amounts of carbon sinks or how many solar and wind fields we would have to build. And the claims against Mr. McKitrick (that Exxon Mobil payed him to conduct research) are just not true. - Global News

U.S. oil production surged above 10 million barrels a day for the first time in four decades, another marker of a profound shift in global crude markets. The milestone comes weeks after the International Energy Agency said the U.S. is poised for “explosive” growth in oil output that would push it past Saudi Arabia and Russia this year. New drilling and production techniques have opened up billions of barrels of recoverable U.S. oil in shale rock formations in the past 10 years, reversing decades of declining output and turning the nation into an exporter. - Calgary Herald

President Trump on Tuesday night celebrated his administration’s success in implementing its “energy dominance” agenda. “We have ended the war on American energy, and we have ended the war on beautiful clean coal,” Trump declared during his first State of the Union address. “We are now proudly an exporter of energy to the world.” The U.S. is now a net producer of natural gas because of the shale oil and natural gas boom that began during the Obama administration and has transformed the country into the world's leading fossil fuel producer. - Washington Examiner

The Trump administration will ask Congress to cut funding for clean energy and energy efficiency programs by 72 percent in this year's budget, according to a report in the Washington Post, underscoring its preference for fossil fuels. The Post said it had obtained draft documents that outlined the administration's starting point for negotiations for the 2018 budget, set to be unveiled in February. Congress, which is ultimately tasked with deciding appropriations, could push back, but the documents signal the White House's policy priorities, the newspaper said. - Phys Org

The value of prized power assets may be hit and harder to sell after the government introduced new foreign ownership restrictions on the electricity sector. The new rules will allow the government to "actively manage the level of ownership and control from investors in a single asset or within a sector," the Treasury said. "Each case will be assessed on a case-by-case basis, taking into account a range of factors such as the cumulative level of ownership within a sector, the need for diversity of ownership and the asset’s critical importance." These latest restrictions could deter future foreign owners because of possible government intervention. - Sydney Morning Herald