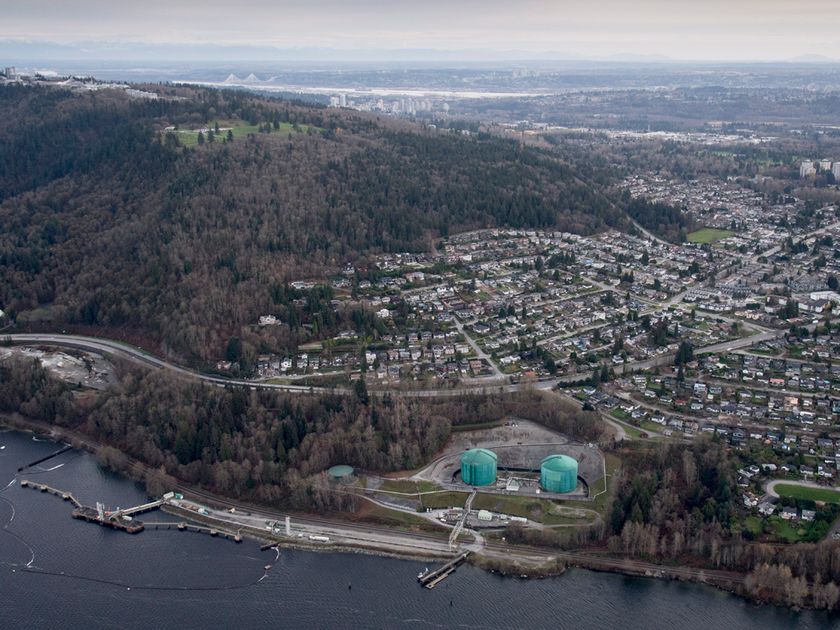 The Rocky Mountain battle royal between Alberta and British Columbia isn’t just about pipelines or wine, it’s about winning the fight for the hearts and minds of Canadians. And in the PR campaign between two western neighbours over the Trans Mountain pipeline, the prize – Canadian public opinion – remains up for grabs. A new poll by the Angus Reid Institute shows the interprovincial fracas over the Trans Mountain pipeline expansion has left Canadians deeply divided. - Edmonton Journal

British Columbia’s wine body is seeking an injunction against Alberta in the ongoing Trans Mountain pipeline expansion trade war. Trade Minister Deron Bilous says Alberta is prepared to fight B.C. anywhere, be it in court or at a trade tribunal. The B.C. Wine Institute is challenging the constitutionality of the ban announced by Premier Rachel Notley on Feb. 6. - Calgary Herald

Despite the approval by the federal government and the National Energy Board, as well as the positive economic projections for the pipeline, British Columbia’s government continues to oppose it. Senator Doug Black from Alberta sponsored Bill S-245 this week, which is “An Act to declare the Trans Mountain Pipeline Project and related works to be for the general advantage of Canada.” If this bill gets approval in the Senate, it will move to the House of Commons. The bill will force the hand of Prime Minister Justin Trudeau and his Liberals. - Toronto Sun

The federal government is putting a new face on the National Energy Board, now to be called the Canadian Energy Regulator, and the Environmental Assessment Agency is being replaced by the Impact Assessment Agency. We commend many of the stated intentions and several of the proposed changes – some of which we had recommended. However, issues of major concern remain. One in particular is the fact that the process still allows for political veto by the minister or cabinet at the end. If the problem in the old process is one of trust, how can politicians expect Canadians to trust this new process any more, if they don't? If there is a single aspect of what we had before that needed to be changed, that was it. But it's still there. Politicians say that they must “ensure that government is accountable,” that “they are elected to make decisions that are in the national interest.” We absolutely agree. Except that it should be done up front. Leaving it to the end leaves it open to politicians to act, not necessarily in the national interest, but in their political interests. - Globe & Mail

Speaking to the London Chamber of Commerce on Wednesday, Andrew Scheer said that if elected, his government would “prioritize” public transit, including high-speed rail, as long as the business case is there, he said. “I will look at any project that is a positive economic impact and can help us meet our targets for reducing greenhouse gas emission that has a solid business case,” Scheer said. “I am a big fan of rail myself. I use it where I can, where it makes sense.” Scheer decried rising taxes on small businesses. - London Free Press

The conservative case for a carbon tax in Canada — Ben Woodfinden

Conservatives live in political exile across Canada right now. The federal government is Liberal, and only Saskatchewan and Manitoba have centre-right premiers. However, within the next 18 months, the Tory Premiers club could well have three new members from Ontario, Quebec, and Alberta. While conservatism has different flavours across the country, these current and potentially future leaders have been nearly unified in their opposition to the implementation of a carbon tax, or carbon pricing. But opposition to a policy is not a policy in and of itself. If these leaders are serious about governing, then reducing emissions is an issue they must take seriously; indeed, polling shows that nearly half of all Canadian voters won’t consider a party or a candidate that doesn’t have a plan to combat climate change. Yet, instead of proposing viable alternatives, Conservatives are refusing to contribute anything to the discussion other than throwing temper tantrums and scoring political points. And on top of that, while opposition to the tax may be popular with the grassroots, a carbon tax, if implemented correctly, can actually be a deeply conservative idea, in that it is the most viable market-friendly option to reduce emissions. – Macleans

Over the last year President Trump has repeatedly emphasized his commitment to making America a dominant player in the world energy markets. This rhetoric has underpinned a set of policies designed to deregulate and encourage oil and gas activity. But a quick look into the nature of those policies and current energy markets reveals a more complex story, one where the 2017 growth in U.S. oil and gas industry is tied to market forces and already existing liberal trade policies that ended the ban on U.S. crude exports and expedited LNG exports. This is consistent with our expectations in early 2016. We also expect this trend to continue with energy-focused policies introduced by this administration playing a supporting but tertiary role to markets and state-level policies. At the same time, we see policies related to tax and trade as more impactful forces that can have a more immediate effect on U.S. oil and gas industry. The first year of Trump presidency has been marked by an expanding oil and gas sector. Together with continuing growth in well productivity and reduction in drilling costs these factors also contributed to a more profitable U.S. upstream. - Forbes

After years of fever-pitched opposition to liquefied natural gas exports, the Sierra Club quietly pulled its last LNG lawsuit from federal court last month. The withdrawal followed a series of losses in similar cases, a subdued end to environmentalists' chief legal campaign against shipping U.S. natural gas around the world. The Sierra Club considers LNG exports too risky for the climate, but federal judges repeatedly found that the government had sufficiently considered impacts. Many in the natural gas industry are now breathing a sigh of relief, satisfied that the U.S. Court of Appeals for the District of Columbia Circuit spoke clearly on the climate issue and glad that the Sierra Club got the message. - E&E News

All in on renewable energy: South Australia premier to ramp up target to 75% — Michael Slezak