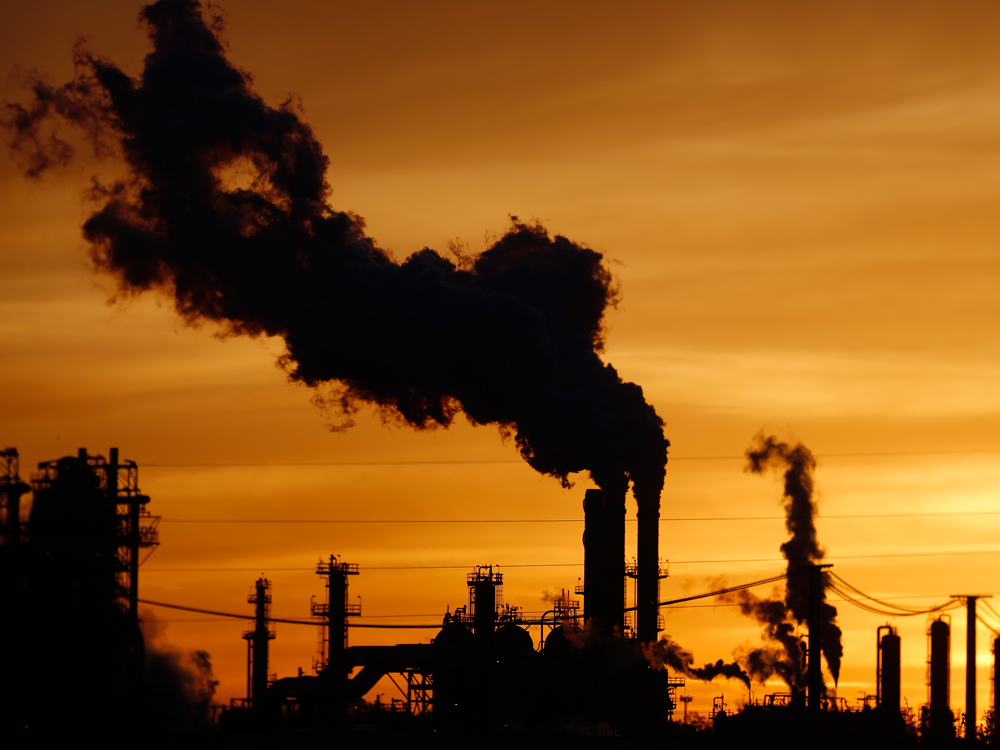 Carbon pricing can now be seen as true madness after countries have admitted that they are far from reaching their Paris Accord agreements. The pricing goal set by Prime Minister Justin Trudeau and Minister Catherine McKenna was apparently too low, so it will now be raised to the point of economic devastation. The greatest lunacy is to come – paying billions of dollars for meaningless scraps of paper, euphemistically labelled international carbon credits. The market for these credits is known to be rampant with fraud and does not actually help in reducing emissions. The Canadian public is being asked to divert funds badly needed for critical social programs, merely to help the Liberal prime minister bolster his political standing. - Financial Post

After the provincial carbon tax rose with the start of 2018, Albertans are being hit with a 50% carbon tax hike at the pumps and in their homes. With one of the coldest winters hitting the province in a long time, the price increases are devastating. Based on its new rates, the Province estimates the average household would see total levy costs of $508 in 2018. While the Notley government offers a carbon levy rebate, MLA Wayne Anderson says it isn’t enough because its not just about how much people pay at the pump or on their heating bills. Small businesses, transport companies, and farmers are really feeling the hike. - Western Wheel

As benchmark crude prices climbed toward US$63 a barrel on Tuesday, Crescent Point Energy Corp. announced it will boost its capital spending this year, a promising sign from one of Canada’s largest oil producers. But the sentiment for spending across the oilpatch remains decidedly mixed for 2018 and the expectation for capital expenditures across the sector is pretty much flat from last year. CEO Scott Saxberg said the producer has more cash flow, and with stronger oil prices recently it has the ability to lock in those increases through its hedging strategy. To contrast, pessimism grows among natural gas producers, who have seen prices slide in Western Canada in recent months due to an array of supply and transportation challenges. - Calgary Herald

U.S. oil prices hit their highest since 2014 on Wednesday as OPEC-led production cuts and healthy demand helped to balance the market, but analysts warned of possible overheating. “The extension of the OPEC agreement…and declining inventories are all helping to drive the price higher,” said William O’Loughlin, an investment analyst at Australia’s Rivkin Securities. But amid the bull run, which has pushed up crude prices by more than 13% since early December, there are indicators of an overheated market. - Financial Post

New Brunswick Power’s rate hike proves the province needs to refocus on a smarter energy strategy, especially with expenses rising on account of anti-carbon measures from Ottawa. Add paying for other huge projects and other capital costs, and NB Power will continue to raise its rates. The province needs to keep looking for ways to deliver power more affordably and efficiently. But it is NB Power’s high debt that is the highest priority: the utility needs to get back on track before indulging in any more capital upgrades. - Telegraph Journal

NYC Democratic Mayor Bill de Blasio and Comptroller Scott Stringer are set to announce plans on Wednesday to divest the city’s five pension funds of roughly $5-billion in fossil fuel investments out of its total of $189-billion. Stringer said he believed the future of the city’s workers was connected to the future of the planet, and the city has a duty to uphold the safety of the planet. Divestment might not be entirely altruistic over the issue of climate change – fossil fuel securities are under-performing and officials say the outlook for fossil fuel investments continues to be negative. - Financial Post

The Trump administration said Tuesday that it would not allow oil drilling off the coast of Florida, abruptly reversing course under pressure from Republican Gov. Rick Scott. This quick change proves the political importance of the state to President Trump, who won it by a narrow margin. Interior secretary Ryan Zinke met with Gov. Scott on Tuesday, which led to the reversal of the previous announcement on offshore drilling. Scott is not the only Republican governor to oppose President Trump’s new plan of expanding offshore drilling in the United States. - Chronicle Herald

U.S. crude output will rise to 10 million barrels a day as soon as next month and top 11 million in November 2019, according to government forecasts Tuesday. This will challenge Russia’s 11 million in 2017 and Saudi Arabia’s 10 million in December. The growth of North American shale production, which caused an estimated 5% increase in U.S. crude production in 2017, has rocked the oil industry in the past few years, spurring the Organization of Petroleum Exporting Countries and other traditional producers led by Saudi Arabia and Russia to cut output to trim global inventories. - Financial Post

Oil prices surpassed three-year highs Wednesday, boosted by declining U.S. crude stockpiles and ongoing geopolitical risk. Brent crude, the global benchmark, was up 0.4% at $69.06 a barrel on London’s Intercontinental Exchange. On the New York Mercantile Exchange, West Texas Intermediate futures were trading up 0.7% at $63.37 a barrel. - The Wall Street Journal

Chancellor Angela Merkel’s lawmakers and their prospective centre-left partners in government faced criticism Tuesday over their reported willingness to push back Germany’s target for reducing carbon dioxide emissions by 2020. Merkel’s Union bloc and the centre-left Social Democrats are currently in the midst of holding preliminary talks on extending their coalition of the past four years. Their new agreement involves giving up the country’s target of a 40% cut in carbon dioxide emissions by 2020. Chancellor Merkel has resisted calls for getting rid of coal in the country, despite her persona as a climate activist. Germany gets 40% of its power from coal-fired plants. - National Post