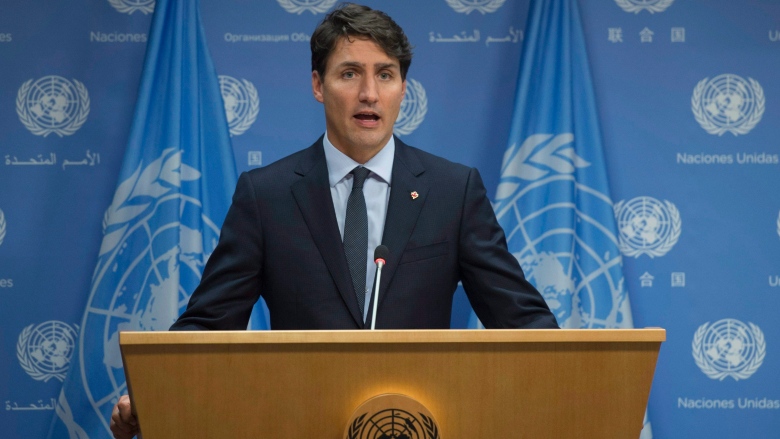 The two key things to understand about Prime Minister Justin Trudeau’s national carbon pricing scheme are that it will increase the prices of and/or taxes on almost all goods and services, and that it will keep going up for decades to come. A new internal federal finance department document revealed this week that the 2022 goal of $55 per tonne is just a starting point to be built on if the Liberal government is re-elected. Trudeau’s carbon pricing goal is also still far from what the targets pledged to the United Nations. Canadians will be hit with billions of dollars to pay for Trudeau’s national carbon pricing scheme, which will not achieve its goals. - Toronto Sun

British Columbia's utilities regulator will hear final arguments this week that will determine if the NDP government's election promise of a BC Hydro rate freeze will be approved. The NDP campaigned in the 2017 election on a platform that promised to make life more affordable for British Columbians, including a freeze on hydro rates. After years of boasting that BC Hydro's rates are among the lowest in North America, a string of rate increases started to erode that status. Every year, Hydro-Québec compares the monthly electricity bills across 21 major North American cities and in 2017, BC Hydro's residential customers in Vancouver were in fifth place, after Montreal, Winnipeg, Edmonton and Calgary. In 2016, Vancouver ranked third. - Globe & Mail

The B.C. government has quietly released the latest figures on B.C.’s carbon emissions that show the province continues to have an uphill fight to make significant targeted reductions. The latest figures show that B.C. has had a 1.6% increase in carbon emissions over the previous year. This puts the province a long way away from its original legislated target of reducing emissions 33% by 2020 over 2007. Mining and upstream oil and gas production are the biggest single contributor according to the province’s categories. After the release of these figures, the NDP Government received backlash from environmental groups to do more in their efforts to reduce emissions. - Vancouver Sun

British Columbia Premier John Horgan is heading off on a trade mission to Asia later this month, hoping to continue with the former BC Liberal government's quest to secure a liquefied natural gas industry for his province. Just weeks ago, his government tried to bury the latest unhappy news about progress on the province's efforts to curb greenhouse gas (GHG) emissions – a task that is incompatible with the development of LNG. Since then-premier Gordon Campbell launched his ambitious climate action agenda 10 years ago, the province has barely put a dent in its GHG output. The latest inventory, which goes up to 2015, was published in a spreadsheet posted on a government website, with no news release, in December showing that emissions have been climbing since 2010. - Globe & Mail

Qulliq Energy Corporation is asking for an average rate increase of 7.6% across the territory over the next two years, with everyone in Nunavut paying the same rate, regardless of which community they live in. Qulliq is arguing that the current rates are intended to reflect the costs of providing power to individual communities, but the structure doesn’t accurately reflect what these costs really are. Bruno Pereira, president and CEO of Qulliq Energy Co., says the company needs these adjustments in order to make ends meet, particularly with the company’s ongoing project of rebuilding all of Nunavut’s 25 power plants. But Qulliq has faced serious backlash from homeowners and business owners in the area. - CBC

Canada’s goal of reducing emissions by 80% below 2005 levels by 2050 is a dramatic one, especially since they country’s population continues to rise. The government of Canada has ushered in a number of policies to help the country achieve this goal, including a price on carbon and a Clean Fuel Standard. Bu so far it is not enough. There are four target areas where policy interventions could dramatically increase our ability to hit 2050 targets: More clean energy, transforming trucking, greener homes, and rethinking fossil resources. As far as trucking is concerned, the rise of online shopping and almost immediate delivery has put far more transport trucks on the road. This has led to greater amounts of emissions entering the atmosphere.  - National Post

What plans will Wynne and Liberals hatch to cling to power? — Adrienne Batra

As difficult as it is to imagine given Premier Wynne’s unpopularity, there is still a chance she will be re-elected in this year’s election. From minimum wage increases to disastrous green energy policies, Wynne’s legacy is not a good one. But the Premier is still desperately trying to implement programs which could appeal to her base before the June election, including a new OHIP+ program, and government-implemented home-care services. And let’s not forget the Liberal’s Fair Hydro Plan kicking in just in time for election year. What other plans will Wynne and her team hatch to cling to power? - Toronto Sun

Ontario schools are getting $200-million from the proceeds of the provincial cap-and-trade program, aimed at fighting greenhouse gases, to become more energy efficient. The funding is being used for upgrades which will reduce school’s greenhouse gas emissions, and go to projects like installing solar panels, LED lighting systems, and high-efficiency hot water boilers. Improving energy efficiency in schools will help Ontario meet its target of cutting greenhouse gas emissions to 15% below 1990 levels by 2020, Education Minister Mitzie Hunter said. The goal is reducing them 80% by 2050. - Toronto Star

Canada's moribund natural gas industry is retrenching with cuts to capital spending and dividends as a sharp plunge in wholesale prices shows no signs of letting up. Now, even the most efficient producers are recalibrating, a sign of deepening malaise in a corner of the energy industry that historically accounted for big employment gains and drove hefty budget surpluses for the Alberta government. A deteriorating outlook for longer-term prices, known as the forward curve, has also made it harder for companies to use financial contracts to lock in future sales at higher levels, removing a major safeguard for cash flows in a falling market. - Globe & Mail

As coal and nuclear power plants around the U.S. close due to competitive pressures, the number of people employed in making electricity is shrinking. Older power plants are being retired at an unprecedented pace as power producers wage a fierce fight for market share. They are being supplanted by newer power plants fired by natural gas, as well as wind and solar farms, which often are simpler to operate and require fewer workers. The Center for Energy Workforce Development, a group backed by six major utility industry groups, estimates that total direct utility employment has fallen to 505,000 from 550,000 since 2006. That is eroding a stable source of well-paying jobs, especially in rural areas, and generating local political pressure at a time when President Donald Trump has made blue-collar job retention a major issue. - The Wall Street Journal

The three stumbling blocks to a solar-powered nation — Christopher Mims

What seemed like an impossibility just a decade ago – the displacement of fossil fuels from the U.S. power system, if not the world’s, is increasingly a reality. Here are three possible visions of our renewable-energy-powered future. First, there’s mass defection from power grids; second, the same utility companied that now handle energy continue to oversee and balance a grid increasingly powered by renewable sources; or third, the landscape gets politically messy and technologically diverse, varying by locale, as utilities, customers and politicians battle over new ways to produce and harvest energy. But there are three stumbling blocks to a nation entirely supported by renewables: solar cell costs, renewable energy management, and “soft” utility costs. - The Wall Street Journal

It has become routine for the media, politicians, and activists to link awful natural disasters such as the floods, hurricanes, and wildfires that rocked the globe in 2017 with climate change. The basic claim is that the accumulation of greenhouse gases in the atmosphere is causing more extreme weather of every kind. But by looking at the world as a whole, and at long-term trends (climate) rather than at short-term events (weather), we can better test the claims that 2017 was an unusual weather year. This global and long-term view also puts other possible threats from climate change in perspective. While the U.S. witnessed record damages in 2017, the rest of the world was actually hit by far fewer natural disasters than usual. - The Wall Street Journal

Gas companies wanting to build new wells or infrastructure to bring more of the vital energy supply into the domestic market can now apply for taxpayer support under a new Turnbull government program. Applications for the first round of the three-year gas acceleration program are open until February 13, with projects designed to speed up the delivery of new onshore supplies able to attract up to $6-million each. These could include new technologies that boost the productivity of new or existing wells, building new exploration wells near existing gas infrastructure, or constructing new processing, storage and transport facilities. - The Australian

Can we afford renewable energy? — ZeroHedge

Making green energy affordable is a real challenge since it faces a number of constraints that drive up its cost especially in relation to fossil fuels, which remain society's lowest common energy denominator. - Oil Price