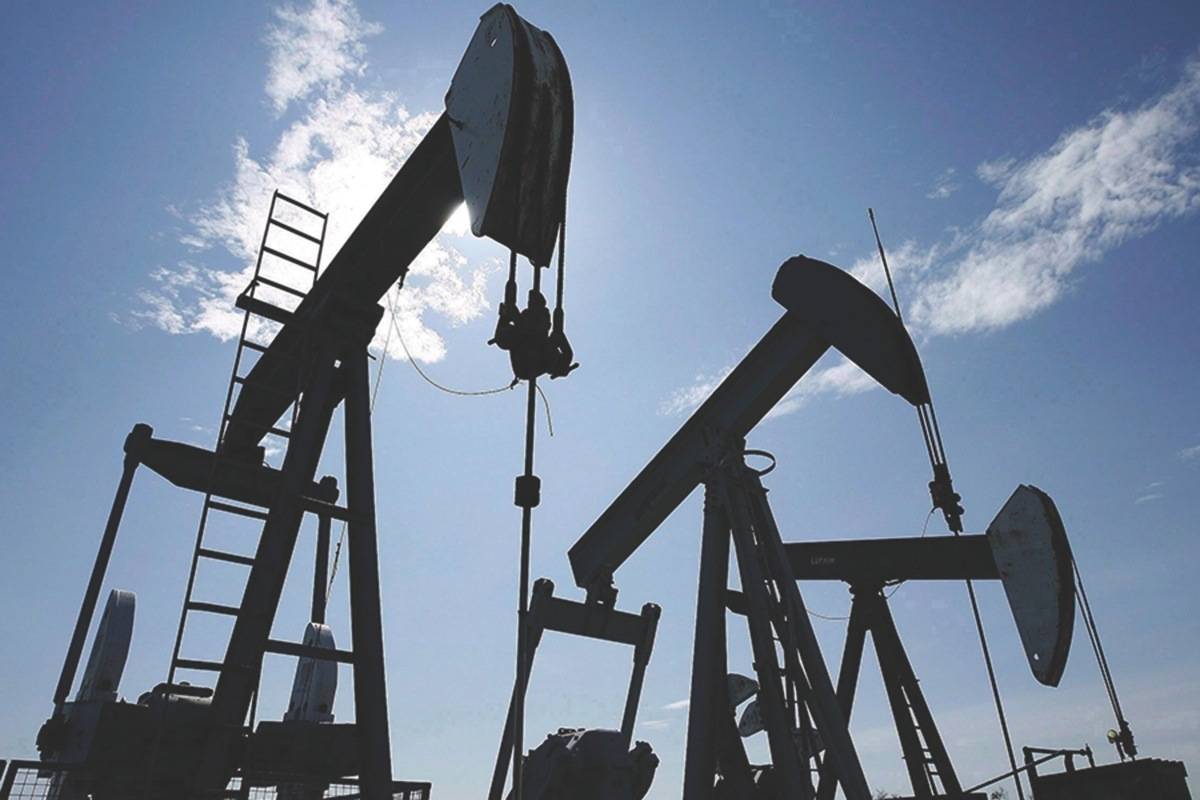 As the Fraser Institute has documented over several years, Canada’s overwhelming dependence on only one market for its oil and gas exports comes with a serious price tag. Canadian Western Select crude oil sells at a substantially lower price than oil from other jurisdictions, such as West Texas Intermediary, Brent crude or Mexican Maya crude. In 2016, we showed that Canadians were getting 25 to 30% less per barrel of oil sold into the United States than the price we would command if our oil could get to more lucrative world markets in Asia or Europe. The end of 2017 delivered the bad news that the situation has only deteriorated and Canada’s price discount now approaches 50%. - Calgary Herald

Canadian oil selling at a deep discount, and it hurts — Kyle Bakx

North American oil prices are marching toward US$65 a barrel this month, giving the industry a boost after the market collapsed three years ago. The oil sector hasn't seen these prices since late-2014, but most companies in Alberta are receiving significantly less, just above US$40 a barrel. The Alberta oilpatch continues to increase oil production, but as pipelines fill up, companies are receiving less money for their oil compared to the rest of the continent. - CBC News

The National Energy Board has granted Kinder Morgan Canada’s request to establish a process whereby the company can get the permits it needs to build its controversial Trans Mountain pipeline expansion project, even if local governments are opposed. Kinder Morgan Canada had asked the NEB in November to create a board that would resolve disputes between it and municipalities and the B.C. provincial government because of delays getting permits to build its $7.4-billion pipeline to the West Coast. In a written decision Thursday, the NEB granted that request. The ruling is a key victory for Kinder Morgan, which this week delayed the expected in-service date of the Trans Mountain project to December 2020 – a full year behind the company’s initial schedule. - National Post

Toyota is introducing its first hydrogen fuel cell vehicle into Canada’s most active electric vehicle market later this year, a move that could eventually help eliminate emissions from automobile use in Canada. About 50 Mirai fuel cell electric vehicles are expected to be delivered to Quebec in 2018 for use by government and private fleets. Quebec Energy Minister Pierre Moreau said the province is an ideal location for these cars because of cheap, clean hydroelectricity that can be used to produce liquid hydrogen. “It’s a very important announcement because Quebec will become the window in all Canada for the hydrogen car,” he said after the Japanese carmaker unveiled its plans at the Montreal International Auto Show. Quebec has pushed the adoption of electric vehicles, in part by passing Canada’s first law mandating a minimum threshold of EV sales. But Moreau said the government is open to other technologies as it aims to reduce its use of fossil fuels by 40% in 2030. - National Post

A $700-million investment to help clean technology firms expand and develop new products won’t turn Canada’s clean-tech industry into the “trillion dollar opportunity” the government keeps touting until we get out of our fossil-fuel comfort zone, an industry consultant says. Celine Bak is the president of Analytica Advisors, a consulting firm that monitors the sector. She described Thursday’s $700-million, five-year investment as a good thing, since it will allow the Business Development Bank of Canada to take on more risk to help clean-tech firms expand, hire new staff, and scale up operations. Last year, Analytica’s analysis of the Canadian clean-tech industry concluded growth was being stymied by investment rules that prevent companies that aren’t yet profitable from accessing capital, and by a mindset that does not consider the risks of climate change and impact of emissions when determining where to invest. - National Post

The recent roller-coaster weather in Saskatchewan is creating conditions that could lead to underground natural gas leaks. SaskEnergy said the recent intense cold snap, the current depth of the frost layer, and now the sudden warming are making conditions favourable for a natural gas leak to occur. SaskEnergy said that although its pipeline system is designed to withstand Saskatchewan’s weather conditions, underground leaks can occur, usually during the spring thaw. - Global News

British Columbia Green Party Leader Andrew Weaver is threatening to bring down the province's six-month-old minority NDP government if Premier John Horgan courts potential investors for a liquefied natural gas (LNG) industry during his upcoming trade mission to Asia. The Greens agreed to a formal alliance with the NDP last July, allowing Mr. Horgan to take power after 16 years of Liberal government. But on the eve of Mr. Horgan's tour, which includes meetings with the backers of a proposed LNG facility for the B.C. coast, Mr. Weaver is warning that he is willing to walk away from the pact.  - Globe & Mail

Rachel Notley, Brad Wall exchange jabs on how to lead a province — CP

After Rachel Notley criticized Saskatchewan Premier Brad Wall for ignoring data and facts, and argued that her province is “making its way out of a recession” and his is not, Wall fired back on twitter. “I also have some ‘pointed’ advice for the next Saskatchewan Premier,” he wrote. “Maybe don’t listen to an NDP Premier who imposed a carbon tax on her oil dependent economy and is presiding over an annual $10-billion deficit.” - CBC News

Heather Black, the watchdog who represents the interest of ratepayers at New Brunswick’s energy board hearings, has filed evidence that states NB Power must hike power bills by 2% a year over the next several years. Black’s submission contends that if incremental rate hikes aren’t given to the utility now, New Brunswickers will be shocked by much more punishing jumps to their bills in a few years. NB Power’s latest 10-year plan now forecasts rate hikes to power bills of 3% a year for the next six years. That’s two years longer than the utility was predicting just a year ago. - Telegraph Journal

The head of the International Energy Agency (IEA) said the shale revolution has made the U.S. the world's “undisputed” oil and natural gas leader, as he visited Capitol Hill Tuesday morning to discuss how the world energy system is changing. “What we see is a result of the shale revolution," IEA chief Fatih Birol told the Senate Energy and Resources Committee. "The U.S. is becoming the undisputed leader of oil and gas production worldwide.” Birol was in Washington to discuss the international agency's global assessment and energy projections into the next decade. - Washington Examiner

The United States is set to overtake Saudi Arabia as the world’s number two oil producer this year, as shale companies attracted by rising prices ramp up drilling, the International Energy Agency said. “This year promises to be a record-setting one for the U.S.,” the IEA wrote in its monthly market report. Crude production of 9.9 million barrels per day (bpd) in the U.S. was now at the highest level in nearly 50 years, “putting it neck-and-neck with Saudi Arabia, the world’s second largest crude producer after Russia,” the IEA said. - Financial Express

The Australian Energy Market Operator triggered emergency reserves to prevent black-outs in Victoria and South Australia on Friday afternoon as soaring temperatures put pressure on the grid. The use of demand response or the "reliability and emergency reserve trader," where 14 big industrial users help generate power or cut their usage, showed the seriousness of the heat wave hitting South Australia, Victoria and New South Wales. It is to help ensure the power network could cope with businesses and households reaching for their air-conditioners as temperatures topped 40 degrees Celsius. - Australian Financial Review