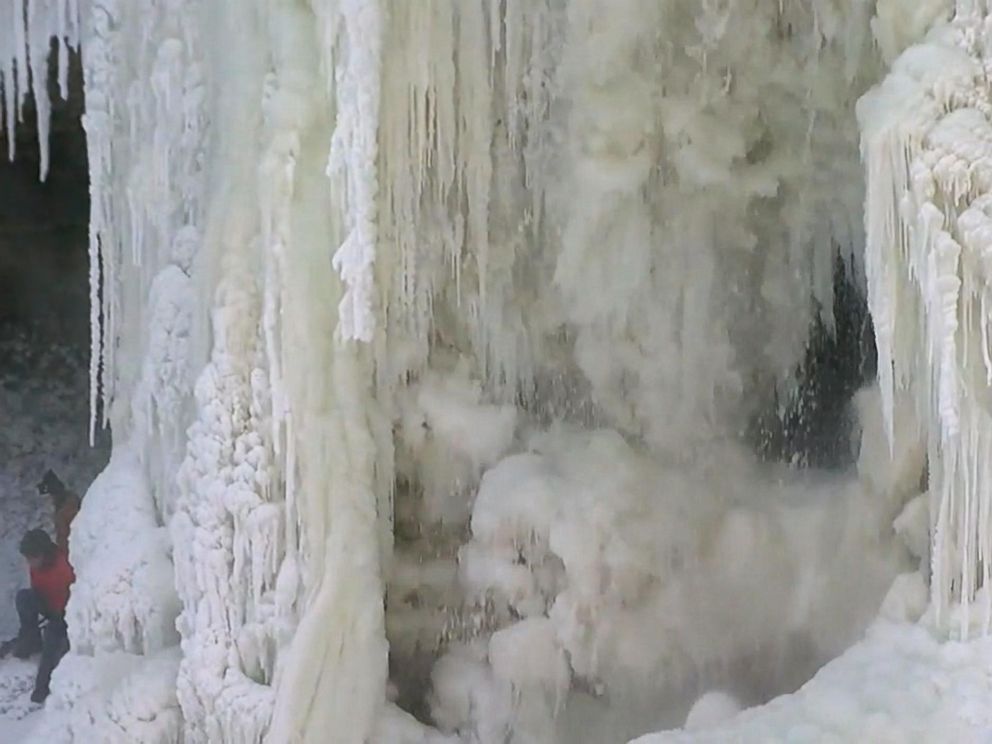 The cold snap that continues to blanket many parts of North America is driving short-term natural gas prices higher but they remain far below historic highs and the trend is unlikely to significantly affect either Canadian consumer bills or producer profits. Cold weather typically increases demand for the home heating fuel, which draws down storage levels and pushes prices higher. "Most of the companies purchasing gas ... will manage their gas supply. They will purchase forward (contracts) and store gas," said Gerry Goobie, a principal with Calgary-based consulting company Gas Processing Management Inc., on Tuesday. "The fact that prices go up, yes, that will ultimately get passed through to some consumers but it's not like you're going to see some monster spike." - CBC

A red alert for the future Arctic — Edward Struzik

Northwest Territories Premier Bob McLeod was right when he issued a “red alert” in November and called for an urgent national debate on the future of the Northwest Territories. His peers, the premiers of Nunavut and the Yukon Territory, would be justified in calling for the same thing. As housing, poverty and unemployment statistics show, Northerners are at a crossroads in their efforts to find a balance between a traditional way of life that puts country food on the table and one that provides basic goods, luxuries and economic opportunities that most southerners take for granted. Leading energy experts have been saying this since 2006, when international energy consultants Wood Mackenzie and Fugro Robertson questioned “the long-considered view that the Arctic represents one of the last great oil and gas frontiers and a strategic energy supply cache” for the U.S. and Canada. - National Post

Ontario Power Generation must cut $500-million over the next five years from its nuclear operations budget after the province’s energy regulator took issue with compensation, corporate and administrative costs, including “excessive” pension and benefit levels at the province’s largest electricity producer. The Ontario Energy Board (OEB) ordered the cuts in a decision released Friday. OPG must cut $150-million in pensions and benefits costs by 2021. It will make the other $350-million in cuts over that period from proposed corporate costs and its administration, operations and maintenance budget. The energy board’s decision comes after OPG, in May 2016, asked for $16.8-billion from the board for a period between 2017 and 2021 – a request that would ultimately lead to an increase in rates. - National Post

January may be a make-or-break month for the U.S. solar business — Dino Grandoni

January is one of the coldest, darkest months of the year in the United States – especially this January, with the eastern half of the country gripped by frigid Arctic air and awaiting something being called a "bomb cyclone." But in Washington this month, things may get really gloomy for the U.S. solar industry. The federal government faces two deadlines in January that could have far-reaching ramifications on the U.S. solar industry if they do not go industry’s way. By the first of the two deadlines, an independent agency needs to decide whether to accept a Trump administration proposal designed to boost coal and nuclear power plants. By the second deadline, President Trump himself will have to choose whether to slap rival nations with a set of tariffs the domestic solar industry largely opposes. - Washington Post

Flow Power managing director Matthew van der Linden has a message for the traditional commercial power retail sector – your business model is antiquated and it needs to change as "desperate" customers hunt for alternatives. Speaking as the Melbourne-based player announced its first major corporate renewable power purchase agreement (PPA) with the Australian orchards operation of Singapore-based Olam International, Mr. van der Linden described the trend for direct acquisition of renewable power as "a game changer." He expects it will allow Australia to make an overdue catch-up with other international markets where the model has found success. "Fundamentally what is driving this is price: you have such a disparity at the moment between what people are paying and the cost of energy coming out of these large-scale renewable projects," he said. "I think what we'll see is a significant portion of the market suddenly shift and move and decide that the traditional model hasn't been working." - Australian Financial Review