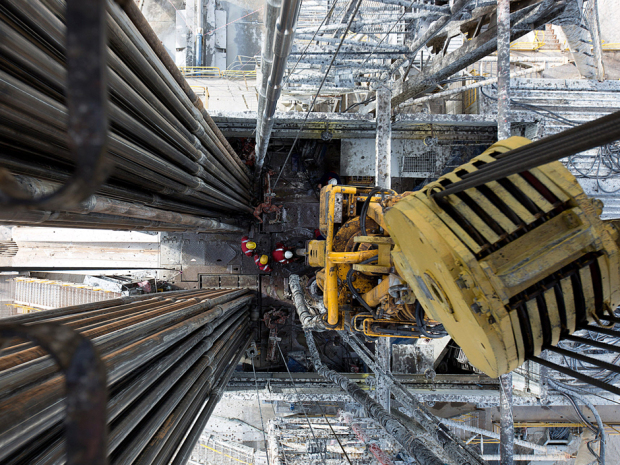 Landlocked, Canada’s oilpatch leans on tech to stay in the game — Claudia Cattaneo

Proceed with caution. That’s how Canada’s oil and gas sector is looking at 2018. After three years of depressed conditions, the new year is expected to bring improved, but still challenging energy prices, particularly in Western Canada. Much of the unease is about the lack of export pipelines and shipping options for both oil and gas out of the basin, which means increasing supplies remain heavily discounted. Two key prices reflect the infrastructure problem: Western Canadian oil is selling for about half the price of U.S. oil, while Western Canadian gas is selling for roughly 40% of U.S. gas. The lack of export capacity is also holding back producer spending (particularly in the oilsands), hiring (oilpatch layoffs continue) and share prices, pushing companies to do what they can to succeed, such as accelerating innovation in both the field and at head office to lower costs and get more out of existing resource plays. - National Post

A drop in oilsands development has prompted the Alberta Electric System Operator (AESO) to recommend cancelling plans for a major power transmission project northwest of Fort McMurray. The project, approved in 2012, included building two power substations and 130 km of 240-kilovolt power lines to serve an area without transmission facilities that was expected to have significant electricity requirements because of oilsands growth. - Edmonton Journal

Price gap between Canadian crude and U.S. oil could shrink in 2018 — staff writer

Bottlenecks into the U.S. market are still exacerbating the price gap between Canadian oil and West Texas Intermediate (WTI), even as strong global demand is expected to elevate overall crude prices in 2018, according to a forecast released Thursday by Deloitte. But Deloitte's Resource Evaluation and Advisory (REA) group is optimistic that demand for heavy Alberta crude will rise as similar-quality imports from Mexico and Venezuela decline. - CBC

The Trump administration unveiled a controversial proposal Thursday to permit drilling in most U.S. continental-shelf waters, including protected areas of the Arctic and the Atlantic, where oil and gas exploration is opposed by governors from New Jersey to Florida, nearly a dozen attorneys general, more than 100 U.S. lawmakers and the Defense Department. Under the proposal, only one of 26 planning areas in the Arctic Ocean, Pacific Ocean, Gulf of Mexico and the Atlantic Ocean would be off limits to oil and gas exploration, according to Interior Secretary Ryan Zinke. He said the Bureau of Ocean and Energy Management has identified 47 potential areas where industry companies can buy leases between 2019 and 2024, when the proposed period would begin and end. The Draft Five Year Outer Continental Shelf Oil and Gas Leasing Program was embraced by oil and gas industry groups but is expected to face withering opposition from a wide range of state officials and conservationists. - Washington Post

Reuters are reporting that the U.S. energy industry is braced for a major test to refineries and power plants as an intense winter storm roared up the Atlantic Coast, bringing heavy snowfall and high winds to a region already beset with several days of extreme cold. The storm is the product of a rapid and rare sharp drop in barometric pressure known as bombogenesis or bomb cyclone. Heavy snow pounded the East Coast along a front stretching from Maine as far south as North Carolina early on 4 January, knocking out power, icing over roadways and closing hundreds of schools. Prices for heating oil and natural gas in the U.S. Northeast hit their highest levels in years on the back of near-record heating demand. Benchmark U.S. heating oil futures are near the highest in almost three years. - LNG Industry News

At his winery in the Rutherglen region of north-east Victoria, Rowly Milhinch is relaxed about the possibility of power cuts as temperatures push into the 40s across much of the south-east this weekend. But that is primarily due to old-fashioned lead-acid battery technology rather than the lithium-ion units that dominate the headlines. "It was the case of going with a proven and packaged system that was designed to suit the components in it," said Milhinch at Scion Artisan Wines, where the winery is powered by an off-grid system comprising solar panels, super-sized car batteries and a "last-resort" diesel generator. "The way we use power and the way the batteries are handling would have had a bearing on that." - Australian Financial Review