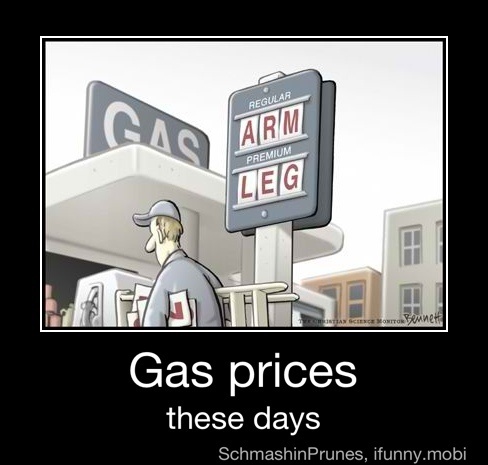 The B.C. government is not considering delaying an increase in the carbon tax by $5 a tonne on April 1 despite raising gas prices. The tax will increase prices at the pumps even more, as well as for the province’s businesses. Based on numbers crunched by the opposition, by the time the carbon tax hits $45 a tonne in 2020/21, the cost per litre of gas will go from 6.7 cents per litre to 10.01 cents per litre. The tax is scheduled to go up by $5 a tonne in each of the next four years. But the carbon tax isn’t the only factor that could send gas prices skyrocketing. The Alberta government announced last week that it will consider legislation that would ban the shipment of oil and gas to B.C. if the province stands in the way of the twinning of the Trans Mountain pipeline. Analysts have said that closing the taps could drive gas prices above $3 per litre. - Global News

Federal Environment Minister Catherine McKenna has sent a letter to Saskatchewan saying a carbon tax will be implemented if the province doesn’t get on board with the federal plan by September. Saskatchewan Environment Minister Dustin Duncan said that if Ottawa imposes the tax, the two governments will meet in court. Duncan says that they are going to rely on the opinions of local lawyers, not those in other provinces. The province is delayed in releasing an inkling of what Saskatchewan’s legal opinion may be because the legislation for a federal carbon tax is still in the draft phase. “We’re confident that if it comes to it we will be able to put forward a very strong argument as to why this is not just the wrong approach for Saskatchewan, but a legal argument as to why the federal government shouldn’t have this ability,” Duncan said. - Global News

Alberta Premier Rachel Notley’s crew is worried that Ottawa could slide away from full support for the Kinder Morgan pipeline expansion. This doesn’t have to be outright abandonment of federal power over interprovincial trade. It could simply mean the feds fail to push the B.C. government hard, or at all, and leave the fight entirely to Alberta until Kinder Morgan quietly folds up its tent. Notley always talks about how much she’d regret causing serious distress to British Columbians. She means it. And yet, there’s now serious risk of a trade war that would be Ottawa’s fault. It’s being fermented by federal lassitude – or something far worse, pure lust for another Liberal majority. Federal actions reveal a double standard. Simply put, if you’re against a pipeline, no problem. If you’re against a carbon tax, look out. - Calgary Herald

Who would win if Trudeau battled Ford over carbon tax? — John Ibbitson

Imagine all-out, no-holds warfare between a Conservative government in Ontario and a federal Liberal government over a tax that Ottawa has imposed on the province. We could face that reality in a matter of months. Justin Trudeau’s government has declared that it will impose a carbon tax on any province that doesn’t have one in place by next January. Doug Ford, the new leader of the Ontario Progressive Conservative Party, has vowed to scrap the Wynne government’s cap-and-trade carbon tax. If a new Ontario Conservative government were to scrap cap-and-trade, then the Liberals would impose a carbon tax in Ontario. Who would win such a donnybrook? Ontario and Canadian voters dislike carbon taxes – we see that in the way they live their lives. How many pickup truck owners, how many car commuters, how many people with natural-gas-powered homes do you think truly support the Wynne government’s carbon-tax regime? - Globe and Mail

Alberta's carbon tax is nothing more than an expensive piece of political theatre, says Jason Kenney, leader of the Official Opposition United Conservative Party. "They told us that if we just sucked it up and consumers paid more, and we made seniors turn down the heat at home when it's 30 below, that somehow pipeline opponents would become pipeline supporters," Kenney said of the NDP government on Tuesday. “The opposite is happening.” Premier Rachel Notley touted the carbon tax as a way to maintain industry's "social licence" but the carbon tax has failed to garner approval for an Alberta pipeline or foster any kind of political compliance, Kenney said. Instead, attempts to gain new market access for Alberta oil have been quashed on all fronts, he said. "Justin Trudeau vetoed Northern Gateway after the NDP carbon tax came in. He effectively killed Energy East through the National Energy Board," Kenney said in an interview with CBC Radio's Edmonton AM. "So my question is, why exactly are we punishing Alberta consumers?" - CBC News

At this pace, the alternative energy future is 400 years away — Scott Barlow

According to a new article released in the M.I.T. Technology Review, at the rate we are currently moving “it’s going to take nearly 400 years to transform the energy system…Instead of the roughly 1,100 megawatts of carbon-free energy per day likely needed to prevent temperatures from rising more than 2 degrees Celsius, we are adding around 151 megawatts. That’s only enough to power roughly 125,000 homes. At that rate, substantially transforming the energy system would take, not the next three decades, but nearly the next 4 centuries.” - Globe and Mail

Canada has completed another massive engineering project with the Hebron offshore project. The 600,000 tonne concrete gravity-based structure was a $14-billion project. The unique design aspects of the Hebron include structural features that can withstand the harsh ocean conditions of the North Atlantic. Responsible development of offshore resources presents important economic opportunities for Canada and elsewhere, but also environmental concerns. - National Post

Mike Pompeo, President Donald Trump’s pick to replace sacked Secretary of State Rex Tillerson, threatens to bring a hard-line brand of climate change denialism to Foggy Bottom for the first time. The current CIA director, named early Tuesday as the nominee to be the nation’s top diplomat, has long rejected the widely-accepted science behind man-made global warming, dashing hopes that the United States might reverse its decision to leave the Paris climate accord before November 2020, when the deal allows the country to formally withdraw. In a twist, Tillerson, the former chief executive of Exxon Mobil Corp., turned out to be one of the most moderate voices on climate change in the Trump administration, despite his previous employer’s role as an early and generous financier of the climate change denial movement. - Huffington Post

Arnold Schwarzenegger is preparing to sue some of the world’s leading oil companies after accusing them of “killing people all over the world” due to climate change. The action star turned politician, who since leaving office as California’s Governor in 2011 has turned his hand to environmental activism, has vowed to drag oil bosses through the courts over their contribution to global warming. “This is no different from the smoking issue,” the 70-year-old star said. “The tobacco industry knew for years and years and years and decades, that smoking would kill people, would harm people and create cancer. The oil companies knew from 1959 on, they did their own study that there would be global warming happening because of fossil fuels, and on top of it that it would be risky for people’s lives, that it would kill.” - Ottawa Sun

Chevron Australia managing director Nigel Hearne has appealed for greater collaboration from the key players in Australia's oil and gas industry, including more third-party infrastructure initiatives. Mr. Hearne said there had been few examples of collaboration in developing world-class resources off the north-west coast of Western Australia, but that had to change to maximise their value. Mr. Hearne said it was time for the industry in Australia to embrace new thinking and look to the lessons learned from long-established oil and gas provinces in the Gulf of Mexico and the North Sea. A more united approach would see Perth emerge as an industry hub to rival Houston and Aberdeen. - Australian Financial Review

Saudi Arabia said it would continue limiting its crude-oil output, signaling the world’s top oil exporter remained committed to production caps and underscoring a split with Iran’s call for gradually lifting output curbs. In an unusual news release Wednesday, Saudi Arabia’s national oil company said its crude output would remain below 10 million barrels a day and its exports below 7 million barrels a day. Saudi Arabian Oil Co. has the capacity to pump as much as 12 million barrels a day, but it has limited its output along with the Organization of the Petroleum Exporting Countries, Russia and other big producers to reduce a global oversupply with the aim of supporting prices. - Wall Street Journal