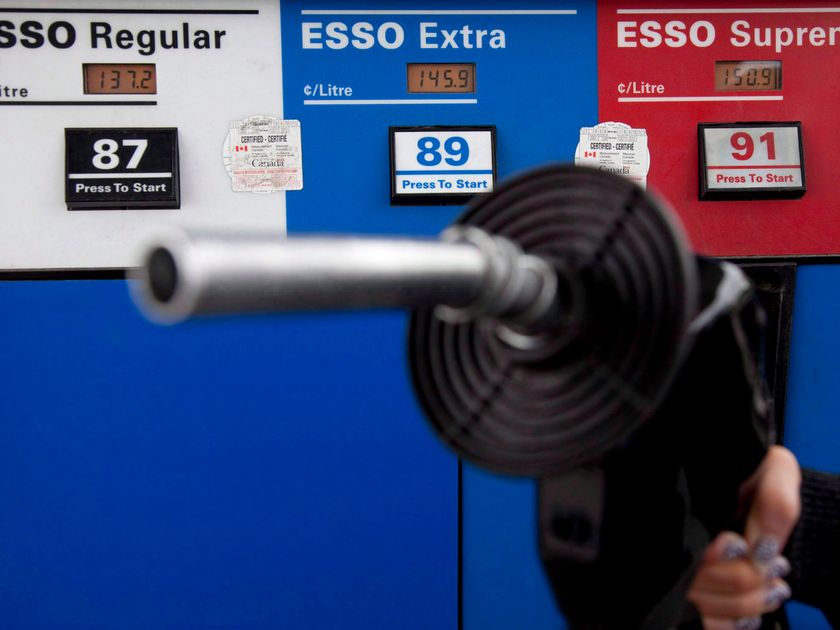 Cutting off British Columbia’s gasoline supply is now a nonpartisan issue in Alberta. Opposition leader Jason Kenney has been threatening it for months. And now, the province’s ruling NDP just made it a key plank of their latest Speech from the Throne. Last month, a National Post report concluded that Vancouver could probably weather a pipeline shutdown relatively easily. However, in the weeks since its publication, plenty of smart people have emerged from the woodwork to fervently disagree. - Vancouver Sun

Lawyer Maureen Killoran told B.C. Supreme Court Justice Kenneth Affleck on Wednesday that activists have conspired to intensify blockades and disrupt construction projects at the Burnaby Mountain and Westbridge Marine terminals before a mid-March deadline to meet environmental standards. Affleck granted a temporary injunction on Friday, saying it would restrict protesters from coming within 50 metres of the facilities where protests began last November. “It is undisputed that Trans Mountain has incurred substantial cost,” Killoran said, adding the protesters’ goal has been to cause so much financial harm through delays that the company is forced to abandon the $7.4-billion project that would twin an existing pipeline from Edmonton to Burnaby. - Chronicle Herald

Carbon pricing seems obvious to economists, but for many voters it just doesn’t click — Don Pittis

Many economists insist that a carbon tax is the best way to stop climate change. But as provincial opposition parties in two of Canada’s biggest provinces (Alberta and Ontario) seek to eject sitting governments, both will be running on a policy that says no to carbon taxes. The vast majority of market economists argue there is no more business-friendly, efficient way to save the world from the dire effects of climate change than to put a price on carbon. Some economists in Canada have created the Ecofiscal Commission with the goal of convincing people that carbon pricing and carbon taxes work. - CBC News

After Doug Ford was elected leader of the Ontario Conservatives, Premier Kathleen Wynne tweeted, “The Conservatives’ plan to kill carbon pricing and rush to balance the budget will put as many as 40,000 public sector jobs at risk.” In this tweet she revealed the true point of a carbon pricing system – not to lower industrial greenhouse gas emissions linked to climate change, but to retain government workers. Wynne was also critical of former leader Patrick Brown’s carbon tax, which would have supposedly given all revenue back to the public in tax cuts. Wynne called the plan “ridiculous,” perhaps because it would have lowered taxes, unlike hers. - Toronto Sun

The newly released Smart Prosperity Institute report says that clean technology will be a $2.2-trillion industry worldwide by 2022, with an estimated $3.6-trillion of investment up for grabs globally between now and 2030. Canada’s market share in the global clean tech industry has fallen 12% in the last decade and will continue to contract without a solid, long-term commitment to growing the industry. The Pan Canadian Framework on Clean Growth and Climate Change lays out a number of policies that will compel cleaner tech innovation in Canada, including a price on pollution with a carbon price, to be in place across Canada by the start of next year, as well as a promised national clean fuels strategy, better energy efficiency standards and limits on greenhouse gases like methane. - National Post

A solar energy system at Credit Union Place in Summerside, P.E.I., has been performing well since it officially came online at the beginning of November, says the city’s director of community services. The system has produced 93,000 kWh of electricity and saved the city more than $16,000 in electricity costs so far. The four months the solar farm has been operating, November to February, are the worst months of the year for solar generation, so the city expects those numbers will improve. The system is forecast to pay for itself in 10 years. - CBC News

The National Energy Board has approved NOVA Gas Transmission Ltd.’s plan to abandon a 266km section of its Peace River Mainline system in northwestern Alberta. The NEB says this was the largest proposal to abandon a facility ever considered by the regulator. TransCanada indicated in its application that the section of pipeline running north-south about 34km west of Peace River, Alberta, is no longer needed and customers will be served by other pipelines in the network. - Chronicle Herald

The first tanker of liquefied natural gas to depart a new facility on the U.S. east coast has changed course mid-Atlantic and is heading for the United Kingdom the day after questions were raised in Westminster about rising U.K. imports of Russian LNG. The Gemmata LNG tanker, which left the newly opened Cove Point terminal in Maryland roughly 10 days ago, has turned north east 1,500km off the coast of Suriname and is said to be heading for the Dragon LNG terminal in south Wales. The Financial Times reported this week that of the six LNG tankers that have made deliveries into the U.K. so far in 2018 three have carried cargoes originally from Russia, leading to questions about whether Moscow was gaining a foothold in the U.K. gas market after starting up the Yamal LNG facility in Siberia late last year. - Financial Times

U.S. energy pipeline developers say they intend to pursue exemptions to the Trump Administration’s proposed steel tariffs, as concerns grow for those companies and from key exporters to the United States like South Korea. “We have a number of pipeline projects that would be impacted significantly by this cost increase,” said Adam Bedard, chief executive of Arb Midstream, an energy transportation and marketing company. If exemptions become available, “we’d certainly try and qualify for it.” He was referring to the U.S. Commerce Department’s effort to devise a procedure for companies to apply to avoid paying a 25% tariff on imported steel or 10% on imported aluminum. - Reuters

Embattled coal developer Adani is examining pumped hydro and wind power opportunities across Australia as it targets an ambitious expansion in renewable energy that could see its investment in the sector run past $1-billion within five years. Jennifer Purdie, head of the Indian group's Australian renewables arm, said the local target of establishing 1,500 megawatts of renewable energy generation capacity by 2022 would see the current focus on solar power broadened to other technologies, while investment in Western Australia is also being investigated. "It's a sizeable investment," said Dr. Purdie, a former general manager of the Point Henry aluminium smelter and most recently Aurizon's executive vice-president of enterprise services before taking up the role at Adani in February last year. "The real goal is around being able to provide energy solutions to our customers, reliable, secure and low-cost energy," she said. - Australian Financial Review