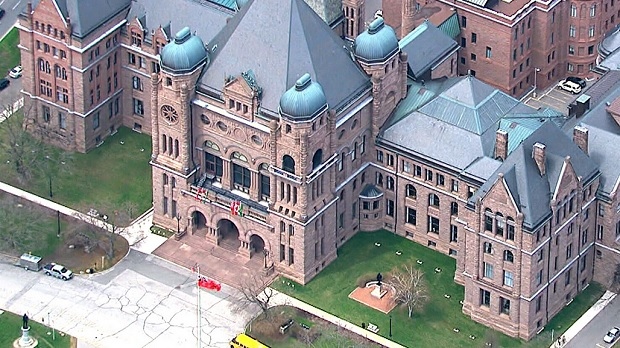 The Ontario government declared its first foray into international carbon markets to be a success on Wednesday after an auction of allowances raised $471-million that will be funnelled into programs aimed at reducing greenhouse gas emissions in the provinces. Ontario’s inaugural joint auction of greenhouse gas allowances with Quebec and California took place on February 21. Under the Liberal’s current plan, major industrial emitters, gasoline markets and distributors of natural gas face a limit on the amount of carbon dioxide they or their products can emit, but companies having trouble meeting the cap can buy allowances while those who can reduce emissions below their regulatory obligations can sell. In the auction, more than 98 million current-vintage allowances were sold at a price of $18.44 a tonne, while 8.6 million allowances with a 2021 date were sold at $18.34. - Globe and Mail

Electric-vehicle sales more than doubled in Ontario in 2017 as rebates worth up to $14,000 per car were promised to buyers. We already know that government rebates on EV purchases are a horrendously expensive way to reduce carbon. Encouraging consumers to move to smaller gasoline-powered cars by increasing sales taxes on fossil fuels would do so much more to cut emissions. One recent study by the Massachusetts Institute of Technology showed that a compact Mitsubishi Mirage with an internal combustion engine produces less carbon over its useful life than an all-electric Tesla Model S in the U.S. Midwest, where coal-fired electricity is predominant. So, why should the buyer of that Tesla get a $14,000 tax payer funded subsidy in Ontario? There is also the issue of extracting the cobalt needed to build the Tesla batteries. It often comes from war torn countries where child labour is used. - Globe and Mail

In a report released Wednesday, Statistics Canada said capital spending to extract oil and gas will fall by 12% from 2017 to be about $33.2-billion. The report said the largest spending decline is anticipated in Alberta, down 12% to $22.5-billion, but spending will also fall off in Newfoundland & Labrador, British Columbia, and Saskatchewan. The numbers are falling because big projects are wrapping up and not being replaced. Canada can not compete with what is going on south of the border. There is now a lighter regulatory market in the U.S. and huge tax cuts were made. - CTV News

Premier Rachel Notley says British Columbia’s NDP government may eventually have to enforce the law to break up anti-pipeline demonstrations. “People have every ability to engage in free speech,” she said in an interview Wednesday. “They don’t have the right to break the law. And NDP governments – in B.C., in fact – have been compelled to enforce the law in the past, and we suspect the same thing will happen again.” Notley was referring to the Clayoquot Sound logging demonstrations, which saw 800 people arrested and many charged after huge protests in 1993, during the tenure of NDP premier Mike Harcourt. - Calgary Herald

After last week’s back down in the bitumen war, the B.C. New Democrats are moving this week to spell out their still significant intentions to regulate the movement of Alberta oil through B.C. and along the coast. Environment Minister George Heyman is scheduled Wednesday to propose provincial standards for minimum response times in the event of a spill, the mandatory resources for cleanup on land or at sea, and the necessary compensation for damage done to land, resources and public amenities. - Vancouver Sun

The company behind the Northern Pass hydropower project is offering to spend hundreds of millions of dollars to ease concerns that it would negatively impact local communities, businesses and tourism in New Hampshire. Eversource New Hampshire has submitted a request to rehear the $1.60-billion project that was set to deliver hydropower from Canada to customers in southern New England through a 192-mile transmission line in New Hampshire. Regulators rejected the project earlier this month over concerns about potential negative impacts. As part of the request, Eversource said its offering up to $300-million in reductions to low-income and business customers in the state, but the company is not offering to change the route of the project or bury more of its transmission lines, key demands from opponents who have argued that the tall towers would disrupt scenic views and potentially discourage tourists from visiting, especially during the fall foliage season. - National Post

Canadian oil and gas producer Husky Energy Inc. posted a higher-than-expected quarterly profit on Thursday and resumed dividend payments after more than two years as it benefits from rising oil prices. Husky said it would pay a $0.075 per share dividend for the fourth quarter ended December 31. The company scrapped dividends in 2016 as a response to falling oil prices amid a global glut. - Globe and Mail

Suncor is proposing to build a new oilsands project north of Fort McMurray that could employ as many as 1,000 workers during construction and 288 during operations, according to the company. This month, Suncor submitted documents to the Alberta Energy Regulator showing the oilsands giant intends to build the Lewis steam-assisted gravity drainage project 25 kilometres north of Fort McMurray. The site is 18 kilometres south of the First Nation and Métis community of Fort McKay. - CBC

New numbers show Alberta’s economy continues to dig itself out of the deep hole caused by crashing oil prices as Premier Rachel Notley’s government both spends and saves more. Finance Minister Joe Ceci says the province is on track for a $9.1-billion deficit when the budget year ends March 31. That’s $1.4-billion lower than the deficit expected when Ceci tabled this year’s budget last spring. The province is expected to take in an extra $1.9-billion this year mainly due to higher than expected oil revenue and returns on investments. However, oil revenues were hampered by the price discount Alberta’s blended bitumen sells at compared with the benchmark North American West Texas Intermediate price. The discount is tied mainly to pipeline bottle necks that drive up the price of getting Alberta’s heavy oil to U.S. refineries and ports. Spending is also rising to $55.9-billion. - National Post

Cleaning up the tens of thousands oil and gas wells on U.S. federal land after they stop producing could cost over $6-billion, and taxpayers may need to pitch in, according to an analysis of state and federal data commissioned by a conservation watchdog group. The study released on Monday reflects one of the downsides to a years-long drilling boom that has made the United States a top world oil and gas producer. The analysis by consultancy ECONorthwest on behalf of the Center for Western Priorities, estimates the potential reclamation costs for the 94,096 oil and gas wells now producing on federal lands at $6.1-billion. - Reuters

Keen appetite among manufacturers for a new entrant in gas supply would keep an audacious new plant to import LNG into NSW on track, even if its schedule slips behind AGL Energy's rival project in Victoria, according to the executive in charge. James Baulderstone, head of Australian Industrial Energy, said that while AGL's import project would entrench an incumbent in the market, AIE would be a completely new entrant, with a focus on the "forgotten" sector of commercial gas buyers suffering from sky-high prices. "There's no point in my mind of having more gas going into the same people who control the market now," Mr. Baulderstone said, speaking publicly for the first time on the project revealed in The Australian Financial Review. "Why wouldn't you want someone else to buy from? If you want a lower price you need more competition." - Australian Financial Review