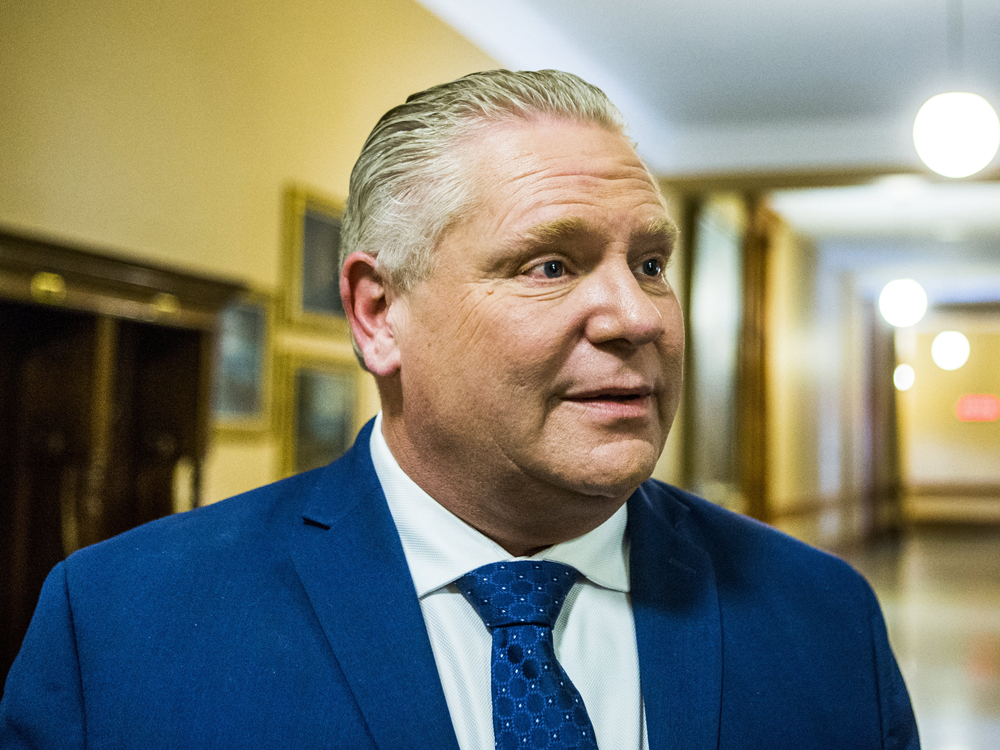 Doug Ford’s victory in the Ontario Progressive Conservative leadership race changes the national climate policy picture in a significant way. Not because he is opposed to carbon taxes – many other federal and provincial politicians are as well. What makes Ford different is his willingness to declare that he sees climate change as a secondary issue in comparison to basic bread-and-butter economic priorities. Lots of politicians agree, but they are too nervous to say so. They find it safer to nod along with the loudest voices on the other side, whose righteous crusade against (as they see it) planet-destroying fossil fuels leads them to believe that any policy, no matter how extreme and costly, is never enough. Ford’s realism may inspire others to join him. And his view is well in line with expert opinion. The most recent report of the Intergovernmental Panel on Climate Change, after surveying the projected costs and benefits of climate change, concluded: “For most economic sectors, the impact of climate change will be small relative to the impacts of other drivers.” - National Post

Saskatchewan Premier Scott Moe said Wednesday that the province will go to court over the federal government's carbon tax. Moe told reporters that in the coming weeks, the province will file a case against the federal government with the Saskatchewan Court of Appeal over carbon pricing. "The reason we'll be doing that is a carbon tax just simply does not work," he said. The province's reference case would establish whether or not the federal government has the jurisdiction to impose a carbon tax, he said, noting other provinces will be watching the case closely. "I think it's also important for us to recognize … that Saskatchewan is making every effort into reducing its emissions," said Moe. The Saskatchewan government has a plan in place to reduce emissions from electrical generation and the energy industry, while investments in agricultural operations could see that traditional source of emissions transform into a "great and unrecognized carbon sink," he said. - CBC News

Premier Scott Moe says the province will be filing suit against proposed federal climate legislation “within weeks,” after the rollout of a federal carbon tax bill he says took him by surprise. The Greenhouse Gas Pollution Pricing Act came embedded in a massive budget implementation bill released Tuesday. Moe said he had no advance notice of the bill, which will force Saskatchewan to adopt a carbon tax or impose a federal equivalent. “It’s a little bit surprising that they would try to hide or lump it or bring it into an omnibus bill like this,” he told reporters after question period Wednesday. - Regina Leader Post

The Manitoba Metis Federation (MMF) is planning to take the provincial government to court to uphold a 2014 agreement that would see the organization receive nearly $70-million for supporting a handful of upcoming hydro projects. Last week, Manitoba Premier Brian Pallister announced he would be cancelling the Turning the Page Agreement, a 2014 deal which would give $67.5-million to the MMF to resolve several land claims over a number of transmission projects. At the time, Pallister referred to the payment as “persuasion money” to a special interest group. The MMF says Pallister’s comments were shocking and disrespectful. “It's like it was written on the back of a napkin and then the premier came out into a scrum and tried to throw the MMF under the bus,” said Jason Madden, lawyer for the MMF, told reporters on Monday. Last week, nine of the 10 Manitoba Hydro board members resigned, saying the board reached an impasse with Pallister over Hydro Manitoba’s bottom line and Indigenous issues. Pallister says the resignations came because he was putting a stop to the deal. - CTV News

Manitoba Hydro is at a crossroads. People in our province expect Manitoba Hydro to be reliable. When our families flip a switch, we expect the lights to come on, and when our families open our bills, we expect them to be affordable. Hydro is a long-term investment we make so our children and grandchildren will have clean, affordable and abundant electricity to power the economy for the next century. Yet, what we have seen this week is a premier who has put it all at risk simply because of his own mismanagement and inability to work with others. I am concerned about the future of our “crown jewel.” - Winnipeg Free Press

The road to Damascus must rank as one of the worst places in the entire world on which to find yourself these days. But then our premier wasn’t referring to the seemingly endless horrors taking place close to the war-blasted capital of Syria when she took a well-aimed swipe at B.C. Premier John Horgan’s conversion into energy-loving gift giver. No, Rachel Notley was dipping into the Acts of the Apostles to compare Horgan’s proposed tax-write-off backing of a proposed huge liquid natural gas plant on the B.C. coast with his government’s opposition to the Kinder Morgan pipeline extension, which is also bound for the Pacific’s edge. - Calgary Herald

'Who's championing the little gas guy?': Rift emerges in oilpatch as gas producers seek their own voice — Geoffrey Morgan

Splinter groups are emerging in the oilpatch as the interests of Canadian natural gas producers and the rest of the industry start to diverge. Natural gas companies’ move to strike out on their own to create new industry associations, could mark the end of the “one voice” approach the energy industry has used for years under the Canadian Association of Petroleum Producers. “I sense some discord and some friction. I’m not trying to diminish their (CAPP’s) value – they’re doing wonderful things. I’m just saying, ‘Who’s championing the little gas guy?,’” counters Bill Gwozd, a veteran natural gas analyst and consultant, who is launching a gas-focused industry group called the Centre for Gas and Liquids Monetization (CGLM) along with executives from Calgary-based consulting firm Gas Processing Management Inc. Chevron said it’s looking to join Gwozd’s group as “the challenges faced by the Canadian gas industry are acute,” according to spokesperson Ray Lord. “Any effort to advance the interests of the industry is one that we will be a part of,” he said. - National Post

In just a few days, TransAlta Corp. will mothball two of its coal-fired power generating units in Alberta. But days before the move occurs, a high-stakes battle has erupted between two influential agencies within the deregulated power system: the Alberta Electric System Operator, which manages the province’s power grid, and the electricity industry’s watchdog, the Market Surveillance Administrator. The outcome will have consequences for consumers across the province, who face the prospect of higher electricity prices next month. - Calgary Herald

Saudi Aramco has signed deals worth more than $10-billion in areas like offshore drilling, well testing and others with 14 American companies during the Saudi-U.S. CEO Forum held in New York. The Forum was scheduled to coincide with the official visit to the United States by HRH Crown Prince Mohammed bin Salman. During the forum a number of cooperation arrangements and prospective commercial collaborations were discussed. Saudi Aramco president & CEO Amin H. Nasser said, “We have enjoyed a long and successful relationship with our U.S. partners since the discovery of oil in Saudi Arabia more than 80 years ago, and it is a pleasure to be here today among so many friends whom are all looking to explore and develop opportunities for commercial, industrial and economic cooperation between the Kingdom and the United States, which we hope will achieve exceptional success during the next 80 years to serve future generations.” - Energy Business Review

Microsoft Corp. recently announced the purchase of 315 megawatts (MW) of energy from Pleinmont I and II, two new solar projects in Virginia, which constitutes the largest corporate purchase of solar energy ever in the United States. The Pleinmont projects are part of a larger 500-MW solar project, owned and operated by sPower, an AES and AIMCo company. “Today, we’re signing the largest corporate solar agreement in the United States, a 315 megawatt project in Virginia that will move us ahead of schedule in creating a cleaner cloud,” Microsoft President Brad Smith said. - Daily Energy Insider

Wind and solar farm operators will be able to "self-forecast" the amount of electricity they are generating as part of a $10-million trial being funded by the Australian Renewable Energy Agency. While the Australian Energy Market Operator currently predicts the output of renewable projects in five-minute intervals, the outcomes are not always accurate and require companies to spend money to ensure stability in the grid. The extra costs are then passed on to consumers in the form of higher power prices. Federal Energy Minister Josh Frydenberg said the new trial would take into account local factors – such as weather, geography and operational conditions – and could change the way predictions of large-scale wind and solar power generation are made across the National Electricity Market. - Australian Financial Review