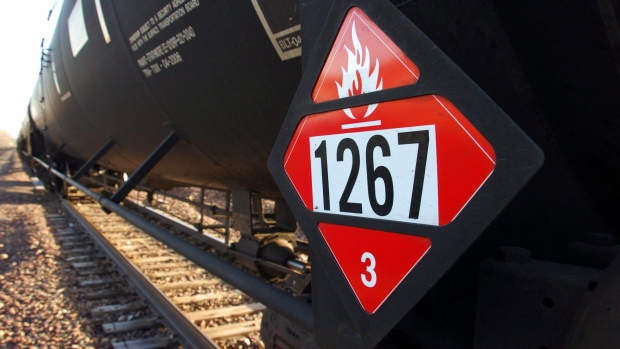 With new oilsands megaprojects commencing operations in the next few months, the amount of oil traveling on rail lines could escalate, especially as construction of new pipelines is delayed. The attention paid to moving crude by rail peaked after the 2013 explosion in Quebec, but has subsided since, as volumes of oil transported by railways have fallen. "With the supply growth that is going to be happening, late this year [and] next year — there just simply is not enough physical capacity to move those barrels to market on pipelines that are currently available, so it will have to go to market on rails," said Martin King, a commodities analyst with GMP FirstEnergy in Calgary. - CBC News

Backers of B.C. liquefied natural gas (LNG) projects say they will fight Ottawa's anti-dumping duty imposed on imported modules, warning that Canada is at risk of being shut out of the global LNG industry. B.C. projects big and small are worried that a new anti-dumping tariff of up to 45.8% against fabricated industrial steel components (FISC) will wipe out efforts to control costs, effectively forcing the outright cancellation of multibillion-dollar plans. After importing modules, workers in Canada would handle the task of connecting the massive structures. But amid low prices for the fuel in Asia, no export terminal is under construction in the province. David Keane, president of the seven-member B.C. LNG Alliance, issued a statement on Tuesday to caution that the province's fledgling LNG industry can't afford to pay the punitive tariffs that will primarily affect FISC imports from China and South Korea. - Globe & Mail

Natural gas producers in Alberta are frustrated with TransCanada Corp. for changing the way it operates its gas pipeline network with little notice, which has led to massive commodity price swings. “TransCanada had an industry meeting back in August where they told industry they were changing their priorities,” Peyto Exploration and Development Corp. president and CEO Darren Gee told the Financial Post. TransCanada operates the largest and most far-reaching network of natural gas pipelines in Alberta and is the sole outlet for many producers to transport their gas to markets within the province. Under its new set of priorities, TransCanada gave producers who have firm-service contracts on its natural gas pipelines priority over shippers that use the service intermittently. Previously, TransCanada would scale back service for firm-service shippers to around 80% of contracted capacity during maintenance to make allowances for spot shippers. - National Post


What’s the next big thing after oil for Alberta? — Gillian Steward

Is oil becoming passé? If so, what is going to replace it in Alberta? What kind of industries will provide the well-paying jobs that lured so many people to this province over the past 20 years and kept them here? That’s the big question facing Albertans, and other petroleum producing regions of Canada, as the bad news regarding the future of fossil fuels keeps piling up. Just last week the National Energy Board (NEB) released a report in which it forecast that fossil fuel consumption in Canada could peak in two years and then drop by as much as 13% by 2040. This is a big shift. It’s the first time since the NEB began forecasting in 2007 that fossil fuel use peaks within the projection period. Previous reports indicated that demand would increase for the next two to three decades. Things are changing much faster than previously anticipated. - Toronto Star


Manitoba premier fires back at Ottawa on climate plan, says provincial strategy will be just as effective — Aiden Geary

Manitoba Premier Brian Pallister says he's ready for his new climate change strategy to be measured up against Ottawa's pan-Canadian plan. "We're ready to be measured on our green plan," Pallister told reporters in the legislature on Tuesday. The premier unveiled his government's proposed five-year climate plan for Manitoba on Friday, including a flat $25-per-tonne carbon tax — half of the $50-per-tonne tax by 2022 the federal government has said laid out in its own plan. - CBC

During a period of waning investor confidence in the oil and gas industry, new forecasts suggest drilling activity will rise marginally or even decline next year. The Petroleum Services Association of Canada said Tuesday 7,900 wells are expected to be drilled in 2018, a less than 5% jump over current levels. Alberta leads the way with nearly 4,000 wells drilled next year, a 5% bump over 2017, followed by Saskatchewan, where activity is expected to pick up by 3% to almost 3,000 wells. - Calgary Herald

California Governor Jerry Brown is continuing his international fight against climate change with an 11-day trip to Europe starting Saturday that includes stops at the Vatican and a United Nations conference in Germany. Brown is a chief adversary to Republican President Donald Trump in the battle over U.S. climate policy, promising to help the country reach its emissions reductions targets even as Trump withdraws from an international climate accord. He's been named the special adviser for states and regions at the U.N. Climate Change Conference in Bonn, Germany. - Voice of America