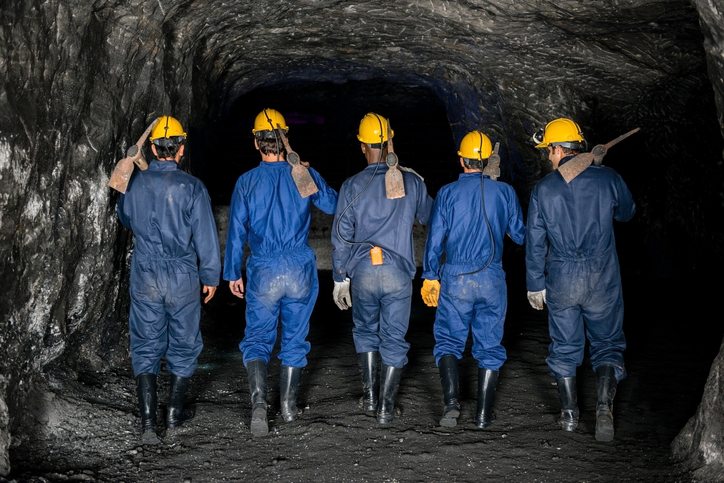 U.S. prop-up of coal is 'wrong,' but Canada will continue to export it: federal environment minister — Rachel Aiello

While rebuking U.S. President Donald Trump's push to revive the coal power industry, Environment Minister Catherine McKenna said the federal government has no plans to shutter Canada's coal exports. "They have got it wrong," McKenna said. "We share a border with the U.S. but air doesn’t know any boundaries, water doesn’t know any boundaries," she said. Though, McKenna — fresh off her trip to COP23 where she focused her attention on extolling the virtues of decommissioning coal — said Canada has no plans to ban coal exports to the U.S. - CTV News

Coal emerged as the surprise winner from two weeks of international climate talks in Germany, with leaders of the host country and neighbouring Poland joining Donald Trump in support of the dirtiest fossil fuel. While more than 20 countries, led by Canada and Britain, pledged to stop burning coal, German Chancellor Angela Merkel defended her country’s use of the fuel and the need to preserve jobs in the industry. Poland’s continued and extensive use of coal raised concerns that the next meeting, to be held in that country’s mining heartland of Katowice, could thwart progress. “People don’t have total confidence that Poland wants to increase ambition, to put it plainly,” said Alden Meyer, director of strategy at the Union of Concerned Scientists, an advocacy group. “They’re 80% dependent on coal, they’ve been pushing back against European Union proposals to increase ambition.” A growing group of countries are promising to end coal use altogether, saying its economic appeal is diminishing as carbon taxes push up costs while solar is increasingly competitive. Merkel herself led the world in installing renewable energy in recent years, but the pressures of forming a new government have seen her waver. - Toronto Star

As the first glimmer of dawn appeared across the Rhine River, delegates stumbled out of an all-night negotiating session at this year’s global climate talks, expressing satisfaction Saturday at the progress made toward creating a comprehensive rule book for fighting global warming. The two-week meeting in Bonn, Germany, was billed as a “blue-collar” event designed to hammer out the technical details of the 2015 Paris climate accord. But fears had loomed large beforehand that the administration of U.S. President Donald Trump, who rejects the Paris agreement, would seek to block any advances seen as counter to American interests. In the end, most agreed that U.S. diplomats had engaged constructively, while delegations from several American states, cities and businesses were praised for committing themselves to the goals of the Paris agreement. The role of spoiler fell to Saudi Arabia, which held up a final agreement for several hours over objections to a phrase it feared might allow for future levies on fossil fuels like oil. - National Post

Before the Ottawa Santa Claus parade got underway on Saturday, Liberal cabinet minister and downtown Ottawa’s local MP Catherine McKenna posted to social media: “It’s starting to snow just in time for the parade! As the Minister responsible for weather, I’m either a hero or a zero… depends how you feel about winter.” McKenna’s actual title is Minister of Environment & Climate Change — a new, activist label. Prime Minister Justin Trudeau changed the post’s name when he got into office to signal his passion for the green agenda. While it’s clear McKenna was joking about being a hero, it’s unclear whether she understood how odd it was to be rolling weather into her ministerial domain. She should be explaining that weather is not climate and climate is not weather. Regardless of what McKenna was getting at, there’s been a tone to her repeated virtue-signalling on this file that lacks humility. While Trudeau, McKenna and other government officials are jet-setting about the global cocktail circuit discussing, among other items, ways to phase out coal back home there is a real human cost to this agenda. Shortly after entering office, the Liberals announced the doubling to $2.5-billion of the amount of taxpayer money being sent abroad into the United Nations climate coffers. - Toronto Sun


Why is Ontario addicted to wind power? — Jane Wilson

Every time I am interviewed, I am asked: Why is Ontario continuing to push ahead with its program of industrial-scale wind turbines and wind power, when all the facts seem to argue against it? I don’t know. I don’t understand why Ontario’s Liberal government never did a cost-benefit analysis, or why it has ignored the admonitions of two auditors general about impacts and costs, or why it seems unable, or unwilling, to look at the real-world experience of its wind power experiment. I don’t know why the government signed contracts in 2016 for 600 megawatts of wind power when we already have a power surplus. In 2016, Ontario paid $2.7-billion for generators of electricity from nuclear, gas and hydro not to produce power, because we were forced to accept wind power (when it shows up) to the grid. In September, a new 100-megawatt wind power facility started commercial operation, but that same month, 42% of wind power in Ontario’s west region was curtailed (surplus, not added to the grid). Ontario’s electricity customers paid for that power, anyway. - Toronto Sun

An application by Hydro One for a nearly 5% rate increase next year is a sure sign to hydro customers that their bills are headed skyward, Progressive Conservative Energy Critic Todd Smith says. “Rates are going to up — you can guarantee it,” Smith said Friday. “We all know that rates are going to skyrocket after the next election once the Liberals’ unfair hydro plan ends.” The Ontario Energy Board is currently mulling over a distribution rate increase requested by Hydro One that would increase bills by just over $140 a year by 2022. Hydro One CEO Mayo Schmidt said in a speech this week that the utility needs an increase in its transmission rates to “keep the system stable and functioning” by replacing aging equipment. - Toronto Sun

Premier Rachel Notley is standing by the safety of pipelines to transport oil despite a 795,000-litre spill on the Keystone pipeline in South Dakota earlier this week. The spill Thursday could not have come at a worst time as Nebraska is set to vote Monday on whether TransCanada Corp. can cross the state with its $8-billion Keystone XL pipeline project. Once in Nebraska, it would connect with pipelines that feed Texas Gulf Coast refineries. Speaking Friday, Notley said the timing of the spill was “not great,” but pipelines remain the best way to transport oil. - Saskatoon StarPhoenix

TransCanada Corp. says the company has sent additional crews and equipment to the site of a 5,000-barrel oil spill in South Dakota from its Keystone pipeline. TransCanada said Saturday it is making progress in its investigation into the spill cause on farmland in Marshall County, near the North Dakota border, about 402 kilometres west of Minneapolis. But the company did not elaborate on the cause. The company says additional equipment and workers continue to be dispatched to the site. Company spokesman Terry Cunha said Sunday that about 150 people are now at the site. Cunha said a gravel road has been completed to handle heavy equipment. Cunha said a drainage ditch near the leak was protected by a berm and not polluted by the spill. State officials earlier said they did not believe the spill has polluted any surface water bodies or drinking water systems. A drainage ditch is clearly visible in aerial footage taken by DroneBase on Friday. - Globe & Mail

Last week, the Keystone pipeline experienced a leak in Marshall County, South Dakota, resulting in the release of approximately 5,000 barrels of oil. While this is unfortunate and warrants further investigation, the incident does not alter the reality that our country depends on pipelines to transport energy products including crude oil, gasoline and natural gas. In the wake of the spill, the extreme Left wasted no time attacking pipelines, as millionaire-socialist Sen. Bernie Sanders (I-Vt.) tweeted pipelines “must be stopped.” This intellectually dishonest and implausible scenario would shutter our nation’s economy, make automotive and flight transportation impossible, and cut our electricity supply by a third. Of course, more than 6,000 daily-use products like medicine, makeup and clothing come from petroleum products too, but those are easily forgotten in the midst of a rhetorical flurry. - The Hill

Energy Security Board chairman Kerry Schott said she wishes politicians would "stop behaving badly" and behave like the diplomats they can be to deliver a national agreement on energy policy. "I am just very frustrated, as I think the whole population is actually, with the unproductive argy bargy that is political point scoring," Ms. Schott told the National Energy Efficiency Conference 2017 on Monday. "In private politicians can have a sensible conversation but the minute it's in the political realm it's just all hand grenade throwing and it really isn't helpful for policy development. And in this emissions reduction climate change space it's probably the worst of almost any topic we can all think of." Ms. Schott told an energy efficiency conference in Melbourne that she doesn't expect an agreement on the National Energy Guarantee when state and federal ministers meet on Friday. - Australian Financial Review