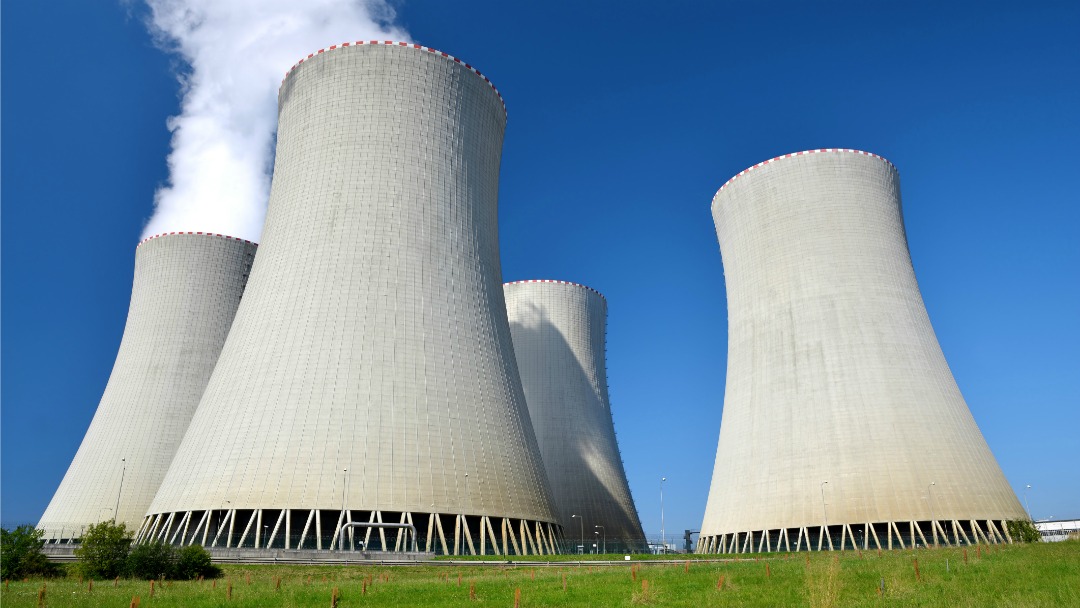 A report by an independent financial watchdog has concluded that the Kathleen Wynne government’s nuclear refurbishment plan is the most cost efficient option to provide base electricity power for decades to come. Environmentalists are criticizing the report by the Financial Accountability Office of Ontario (FAO), saying it failed to take into account that nuclear refurbishment projects routinely go way over budget and that cheaper electricity is available from Manitoba and Quebec. - Toronto Sun

Ontario lost between $732-million and $1.25-billion over the past two years selling surplus clean electricity outside the province, an analysis by the Ontario Society of Professional Engineers (OSPE) estimates. That’s the difference between what Ontario agreed to pay to produce nuclear, water, wind and solar power, and the bargain basement price it sold it for on the international market. Energy expert Paul Acchione, OSPE’s past president and chair, said excess clean electricity should be offered first to Ontario businesses and residents at that lower wholesale cost. “This represents a year’s worth of power for more than a million homes that Ontario has sold to other jurisdictions for less than it costs us to produce,” Acchione said. “Ontario ratepayers are essentially subsidizing hydro bills in places like Michigan and New York to the tune of $500-million per year.” - Toronto Sun

The scariest thing about Ontario’s Liberal government is not just that it regularly makes billion-dollar mistakes, but that it refuses to learn from them. A report by the Ontario Society of Professional Engineers on Tuesday estimates the Wynne government is losing $1-billion of public money annually selling surplus clean electricity (wind, hydro-electric and nuclear power) at a loss to neighbouring jurisdictions, or dumping it without using it. The OSPE estimates that in the 21-month period between January 2016 and September 2017, Ontario lost up to $1.25-billion, and a minimum of $732-million, selling clean power below cost to neighbouring jurisdictions. That’s in addition to $1-billion the OSPE estimated in June that the government wasted in 2016 alone by dumping clean energy, known as curtailment. - Toronto Sun

Alberta's support for a national climate-change policy depends on the rest of the country ensuring its energy workers are treated fairly — and that means new pipelines must be built, Premier Rachel Notley said on Tuesday. The NDP Premier visited Ottawa on Tuesday as part of her cross-country tour to defend the province's struggling oil industry and its need for the controversial Kinder Morgan Canada Ltd. Trans Mountain pipeline expansion project to carry crude from Alberta to the B.C. coast. In a speech near Parliament Hill, Ms. Notley urged the federal Liberal government to "step up" its effort to ensure the pipeline project is not derailed by local opposition in British Columbia. Ms. Notley warned that failure to support Alberta's oil industry would fuel a backlash in her province and jeopardize Canada's climate-change commitments. - Globe & Mail

Alberta Premier Rachel Notley issued warnings to all political parties to take off their partisan blinders or both the environment and Canada’s energy industry will fail. Notley was in Ottawa on Tuesday as part of a national outreach effort to get more buy in for pipeline expansions in Canada. In a speech at the Economic Club of Canada and a roundtable discussion with The Canadian Press, she pleaded with political allies and foes alike to work with her. She said the federal Liberals may get credit for approving Kinder Morgan’s Trans Mountain pipeline expansion but now they have to get off their duffs and sell their decision to a skeptical public in British Columbia. She demanded the Conservatives in Ottawa and Alberta stop pretending climate change isn’t real because it’s getting in the way of getting pipelines approved. - National Post

There’s oil and then there’s oil, says Norway’s Statoil, which is pitched in a race to develop the cleanest crude as countries wean themselves off fossil fuels. While the world will need oil and gas for decades to come, Statoil’s Chief Executive Eldar Saetre expects that many oil deposits will never be tapped as increasingly discerning consumers will demand only the lowest-polluting crude. “A lot of fossil fuels will have to stay in the ground, coal obviously … but you will also see oil and gas being left in the ground, that is natural,” Saetre told Reuters in an interview in London. “At Statoil we are not pursuing certain types of resources, we are not exploring for heavy oil or investing in oilsands. It is really about accessing the most carbon-efficient barrels.” Around 70% of the world’s discovered oil resources is heavy oil and bitumen. The retreat from energy-intensive oil production in Canada and elsewhere is already taking place. Statoil sold its entire Canadian oilsands business late last year to Athabasca Oil Corp, and Royal Dutch Shell, ConocoPhillips and Marathon Oil have all scaled back their operations in the country. - National Post

The tax reform bill passed November 16 by the U.S. House of Representatives could slow development in the wind energy sector by reopening a two-year-old deal. One industry leader says they’ll need the Senate in their court to protect their current agreement, which phases out production and investment tax credits through 2020. “The wind industry negotiated with a bipartisan group in Congress in 2015 to effectively tax reform ourselves,” TPI Composites President Steve Lockard says. His company is a major turbine-blade maker. He also serves on the board of the American Wind Energy Association. The House proposal would reduce the amount of those credits by one-third, which could lead to a 50% drop in new wind energy production, according to an analysis from Bloomberg New Energy Finance. - High Plains Public Radio

Congress is focused on making our backward tax code into something that encourages our nation’s instinct for creativity and innovation. As we look at all the wasteful and unnecessary tax breaks that are holding us back, I have a nomination: At the top of the list should be ending the quarter-century-old wind production tax credit now — not two years from now. It’s an expensive, wasteful subsidy to an inefficient industry. - National Review

The International Energy Agency projects that the U.S. is set to become the world’s leading oil and natural gas production superpower. Is that realistic? Last week I had articles published in both Forbes and the Wall Street Journal (WSJ) addressing a recent report from the International Energy Agency (IEA). Energy independence is likely influenced by oil prices. Imagine that oil prices are $150/bbl. That is going to destroy demand, and at the same time spur marginal oil production. Both of those factors would push the U.S. in the direction of energy independence, albeit at the potential cost of wrecking the economy. Second, even if we do achieve energy independence, it will likely be fleeting. In other words, had we reached zero net imports by 2019, we would still be facing a shale oil peak at some point. Then, the U.S. would once again start to become dependent on foreign producers for our oil. That is unless demand can be curbed. - Oil Price

Infigen Energy managing director Ross Rolfe has promised shareholders the company will pursue its growth strategy "prudently and cautiously" after a slide in the wind power producer's share price amid concerns that future government policy may destroy value in the portfolio. Mr. Rolfe said he and the board are "extremely disappointed" about the softening in the stock price, which included a dip to a 19-month low on Monday. The weakness comes ahead of the consideration by federal and state energy ministers on Friday of the federal government's latest energy policy proposal, the National Energy Guarantee, which is widely seen as less favourable for renewable energy than the previously proposed Clean Energy Target. - Australian Financial Review