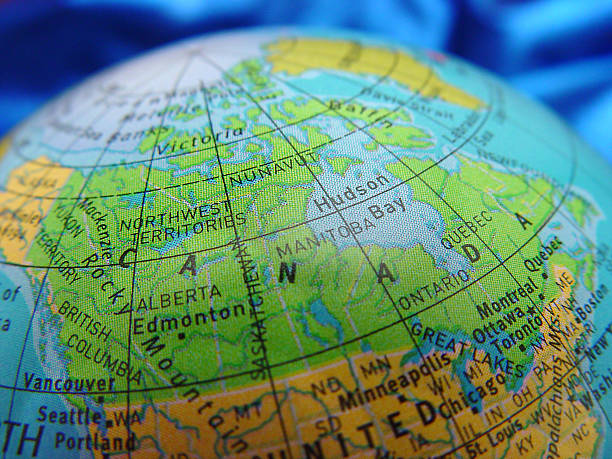 Northwest Territories Premier Robert McLeod says it is offensive and patronizing for southern Canadians to tell northerners they can't benefit from oil and gas development because it's time to save the planet. McLeod is in Ottawa this week hoping to start a national debate about the future of the North, a year after Prime Minister Justin Trudeau announced at least a five-year ban on new oil and gas development in the Arctic because an oil spill in the region would be "cataclysmic." McLeod has criticized the decision as one-sided and ill-informed from the start and says, with that one decision, "everything we have built is in jeopardy." He said, "The rest of Canada needs to realize we have people that live in the North as well with dreams and aspirations and hope for a better future and we shouldn't be penalized because of where we live." - CTV News

The British Columbia government is expected to make a decision on the future of the Site C hydroelectric dam by the end of this year after a review by the British Columbia Utilities Commission concluded the $8.3-billion megaproject is over budget and behind schedule. The Commission said that it does not look like the project will be completed by 2024 and could end up costing 20% to 50% more than budgeted. The B.C. NDP government will decide between proceeding with the project, suspending it and restarting in 2024, or ending construction. If the project is ended, the jobs of 2000 people are at stake. The B.C. government has already spent $4-billion on the project. - The Chronicle Herald

TransCanada Corp. is pressing the Alberta government to buy capacity in its Keystone XL pipeline, seeking the same type of support the province had pledged for its cancelled project to the Atlantic coast, people familiar with the matter said. The pipeline company, which has won approval for Keystone XL from U.S. President Donald Trump, is urging Premier Rachel Notley to commit a similar “take or pay” agreement on Keystone that the province gave TransCanada’s defunct Energy East pipeline, according to people familiar with the matter who asked not to be identified. The Calgary-based firm declined to comment. The request, which comes as TransCanada pushes for more private-sector shipping commitments to Keystone, puts Notley in a bind as she faces a fierce re-election fight in 2019 amid voter anxiety over slumping crude prices. - Calgary Herald

Mayor of Upper Miramichi Doug Murray is still mourning the demise of the Energy East pipeline, a project which would have brought jobs and much needed tax revenue to his rural community. “This was going to have a direct impact on us,” Munn said, “it was going to run directly through town and the pump house was in the works as well, so the economic fallout for my area was quite significant.” Munn’s municipality, as well as the representatives of the Miramichi Valley Business Association, had been in open dialogue with TransCanada for years while the plan was being developed. Lorne Amos, the executive director of the Miramichi Valley Business Association, has described the demise of Energy East as “a national disaster.” - The Telegraph Journal

According to the United Nations’ Emissions Gap Report 2017, Canada has fallen far behind on their commitments to reducing carbon emissions. It is likely Canada will have to buy billions of dollars worth of carbon offsets to meet its international commitments. But the UN report itself states that the market for carbon offsets is often riddled with fraud. Cutting Canada’s emissions by 219 megatonnes a year by 2030, as the UN says is required if Canada is to meet its promises, would mean the equivalent of shutting down Canada’s entire transportation sector plus the waste disposal sector in just over 13 years. Meeting Canada’s 2020 UN target of reducing emissions by 111 megatonnes a year, would mean the equivalent of shutting down Canada’s entire electricity sector and 44% of the agricultural sector in just over three years. - The Toronto Sun

Despite high praise for Justin Trudeau and his government’s commitment to the Paris Accord, Angel Gurria, secretary-general of the Organization for Economic Co-operation and Development, said that Canada is falling behind in their results for reducing greenhouse gas emissions. The United States has been more successful in reducing emissions than Canada, said Gurria, despite President Trump’s withdrawal from the Paris Accord. Gurria said Canada’s international promises suggest that by this time, emissions should have fallen by 17% from 2005 levels. Instead, the drop has been more like 2%. - The Chronicle Herald

When a story on the Liberal government’s high spending on expensive cars for testing was released last fall by Rebel Media, it did not get as much attention as it should have. Environment Canada scientists wanted to conduct tests for emissions, cold weather performance and energy claims before they are sold in this country. But the cars are purchased at a very high price, and after testing, are sold on a government surplus site. A search suggests the taxpayer took a $37,000 hit on the sale of two second hand Porsches last year. The government line is that it is impossible to do independent research on a vehicle unless you take ownership of it. But the standard testing regime in the United States is for the Environmental Protection Agency to receive pre-production vehicles free of charge from the manufacturer. - The National Post

In a case that has riven the booming American solar energy sector for six months, the U.S. International Trade Commission (ITC) recommended levying comparatively modest tariffs on imports of silicon-based solar photovoltaic cells and solar panels. The measures recommended Tuesday by the ITC’s four commissioners include establishing a licensing fee on some equipment, an idea developed by the Solar Energy Industries Assn., and tariffs on silicon-based solar cells of up to 30%, as well as tariffs on solar panels that range from 10% to 35%. - LA Times

Throughout his campaign and into his first year as president, Donald Trump vowed to bring back U.S. coal jobs and revitalize the dying industry. He heralded the opening of the first new coal mine of his era this summer as a fulfillment of his campaign promises. That new mine is in Southwestern Pennsylvania, where Reuters reports the dream of a second golden age of coal is alive and well, despite all indications that the industry’s future is bleak. In fact, hope is so strong it has Pennsylvania miners rejecting free, federally-funded retraining in new careers. - Quartz

A new report written by the London-based environmental group The Carbon Tracker Initiative, states that 100 of the 492 facilities representing most of the world’s refining capacity will no longer be profitable by 2035 and will therefore shut down. The report is based on the assumption that decision makers will restrict global warming by limiting carbon dioxide emissions. It also argues that demand for fuel will peak in 2020 and then steadily decline due to measures implemented by decision makers. The report is designed to discourage investors from investing in companies that spend money on refining operations. - The Chronicle Herald

The federal government's $5-billion Northern Australia Infrastructure Fund (NAIF) hopes to facilitate energy projects in Queensland and wants to help avoid a repeat of the "sub-optimal" development seen in Western Australia's iron ore heartland. NAIF's executive director of origination, Peter Ross, said high power prices in Queensland were creating fertile ground for the NAIF to support projects in the region. "Energy is a very topical area at the moment, there is a lot of uncertainty and it is certainly not an easy one, but we hope to help facilitate some stuff there," he told the IMARC conference in Melbourne this week. - Australian Financial Review