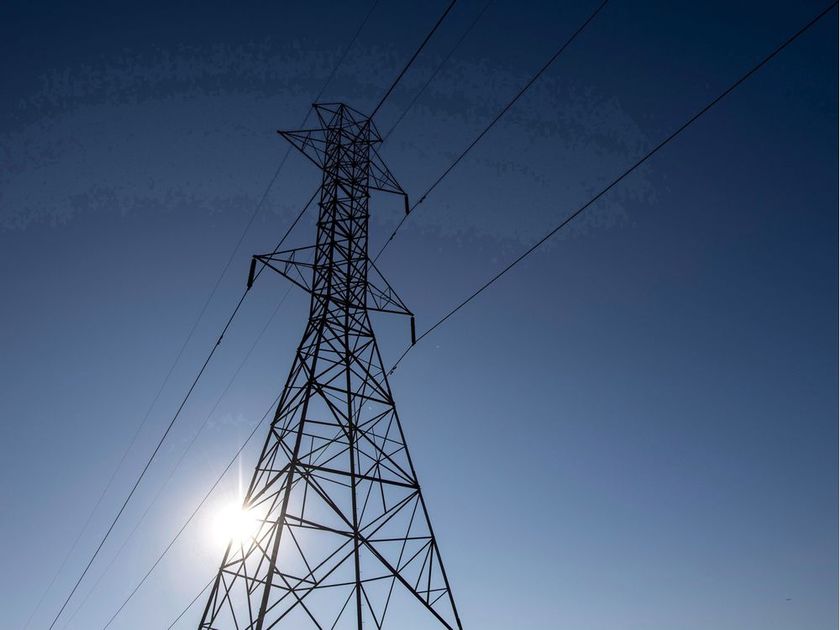 New measures introduced by the Fair Hydro Act have removed some of the last areas of independence at the Ontario Energy Board. Previously, the method for setting electricity rates was fully open to the consumer. The OEB’s job was to simply ensure that all generating costs – whether incurred through the purchasing of power in competitive wholesale markets (as was initially intended) or through provincially determined contracting (the current reality) – were fully accounted for in the prices that consumers pay. Now that the Provincial Government has full control of setting these prices, they can make decisions behind closed doors at Queens Park. Suddenly, the actual cost of generating power has little impact on prices compared to the minister of Energy’s power to decide who pays how much and for how long. – Ottawa Citizen

BC Energy Minister Michelle Mungall has announced a three per cent hike in hydro rates in British Columbia will be put on pause. She says the province will conduct a review of BC Hydro to find cost savings that could help keep rates low. The review will take place after the NDP government decision on whether to proceed with or cancel the $8.3 billion Site C hydroelectric dam project. - The Chronicle Herald

Environment Minister Catherine McKenna has come under fire from Conservatives including Lisa Raitt and Jason Kenney following her tweet praising Syria for joining the Paris Accord. While McKenna deleted the tweet from her departmental account, calling it a mistake, questions are still being raised about the minister’s incessant support for her cause. Her twitter puts on a very happy face, so that you would never know her government claims the country is facing imminent doom from greenhouse gas emissions, nor that it has fallen very behind on promises made to reduce these emissions. - The Toronto Sun

Clean Energy Canada has released a report saying that the federal government’s proposed clean fuel standard, which aims to reduce carbon emissions by requiring a reduction in the carbon intensity of fuel in transportation, homes and industry, could actually create jobs and drive economic growth. However, this would still come at a cost to the average household, raising spending to more than an additional $5 per month. The additional jobs would only be in certain sectors – jobs in refining, mechanics, and new vehicle manufacturing will most likely be lost, according to the report. - National Post

The Switched On Coalition/Coalition Peuple Allume has requested the launch of a class-action lawsuit against Hydro Quebec, claiming that residents were overcharged $1.2-billion over 2008-2013. They are seeking a refund of $50 per household for seven years, or a 10% reduction in the cost of electricity. The Coalition is claiming that Hydro Quebec provided incorrect information in petitions to the Regie de l’energie for rate increases. Bryan Furlong, a lawyer for the coalition, has also stated that Hydro Quebec’s hefty surpluses at the end of certain years indicate that consumers were being overcharged. Hydro Quebec has claimed that their budgets are, on average, 99% accurate, and when there is a surplus, they return it to the government or Quebec residents in dividends. – CTV News

TransCanada Corp., which diversified heavily into the U.S. with its $10.2-billion Columbia Pipeline Group Inc. acquisition last year, is seeking trademarks on new company names that would excise its home country. The pipeline builder and operator has published the names TC Energy, TCE, Ventiv, Convergent and Northbow in the Canadian government’s trademarks journal in the past four months, according to the Canadian Intellectual Property Office’s website. Publishing the names lets others weigh in before the trademarks are granted and registered. - Calgary Herald

The presence of a United States Delegation at the UN Climate talks in Bonn this week could be a bit awkward, considering the discussions are over a treaty the President has said he wants no part in. The US has lost its previous position as a leader in ensuring that countries report emissions of heat-trapping gases and how transparent they are. Opponents to Trump’s decision argue that the country should be left out. “The rest of the world needs to get on and negotiate, and treat the US as an observer in the process,” said Greenpeace International Director Jennifer Morgan. However, the American negotiators have said that the President still wishes to be engaged in the issue and be part of discussions. - National Post

Despite world oil price increases (probably linked to unrest in Saudi Arabia) Encana Corp CEO Doug Suttles announced Wednesday that his corporation has no intention of increasing production. “If we ramp up activity, if we believe prices are strong, we’d only do that if we believe it’s going to generate quality returns and we’re not going to see erosion through higher cost”, Suttles told analysts. - The Toronto Star

A bill sponsored by Republican Representative Cathy McMorris Rodgers aimed at expanding hydroelectric power has passed in the House of Representatives. Hydro power only accounts for 7% of electricity across the United States. The bill aims to make the Federal Energy Regulatory Commission the lead agency on hydropower licensing and require states, tribes and other federal agencies to defer to commission. The goal is to make construction of dams easier, and to lower electricity costs. But opponents argue that the bill turns over public waterways to industry at the expense of fisherman, boaters, and Native American tribes. - The Chronicle Herald

Shares in Vestas plunged 20% after the world’s largest wind turbine manufacturer lowered its profit guidance on the prospect of cuts in US subsidies. The wind industry has been unsettled by parts of the US House of Representatives’ proposal on tax reform that could make renewable energy projects significantly more expensive. Marika Fredriksson, Vestas’ chief financial officer, told the Financial Times that uncertainty over the future of the so-called production tax credit led the Danish group to trim its guidance for the year. Its underlying operating profit margin this year should be 12-13%, down from a range of 12-14%. - Financial Times

The "cap and trade" carbon market lurking within former prime minister Tony Abbott's "Direct Action" climate policy will come to life this summer to meet demand from energy intensive plants that have fallen foul of their emissions caps. The additional carbon trading activity could nearly double the size of the cottage industry carbon market that currently operates under the Emissions Reduction Fund (ERF) program of the coalition's Direct Action policy, which was established when Mr. Abbott was PM. Under the ERF safeguard mechanism former environment minister Greg Hunt set baselines for the 140 largest industrial emitters of greenhouse gases at historical levels he believed they would easily meet. But a handful of facilities – including Alcoa of Australia's Wagerup alumina refinery in Western Australia and South32's Groote Eylandt manganese mine in the Northern Territory – have exceeded their baselines for 2016-17, the first year of compliance. - Australian Financial Review

The European Union has agreed to a compromise on carbon market reforms at the U.N. climate talks in Bonn, with the decision to restrict funds to installations with emissions of over 450 grams of carbon dioxide per kilowatt hour. This will have a great effect on countries like Poland, who depend heavily on coal. The provisional accord strikes a delicate balance seeking to be ambitious on climate while still offering protection for energy-intensive industries at risk of relocating abroad to avoid climate legislation. Negotiators also agreed to set at 57% the share of carbon credits to go to auction. - The Globe and Mail