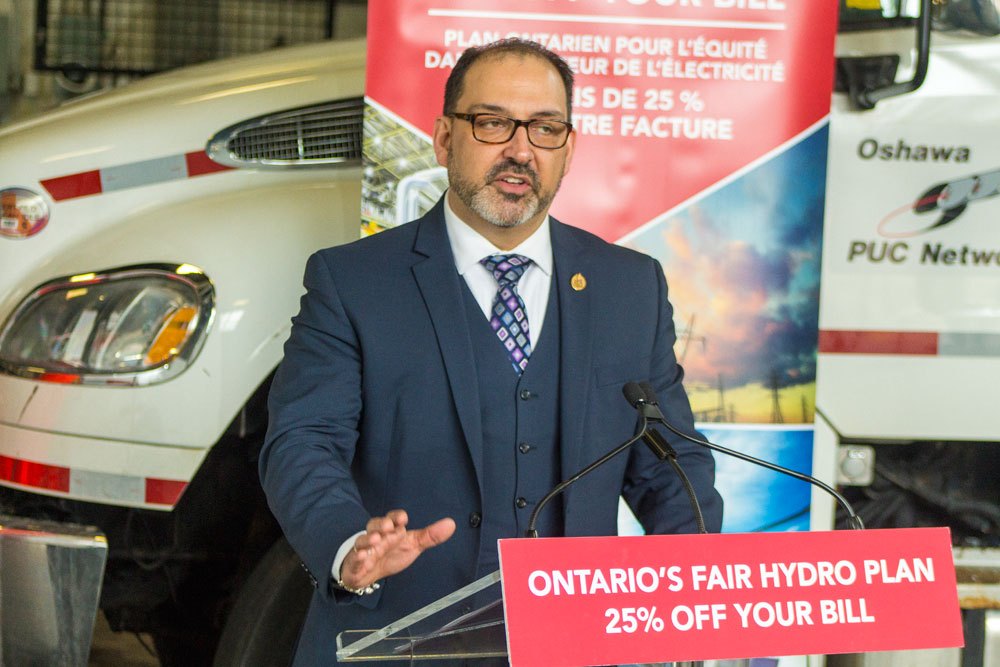 Auditor General Bonnie Lysyk is criticizing the Ontario Liberals for attempting to hide documents from her investigation in an effort to prepare her special report on the government’s Fair Hydro Plan. Ms. Lysyk began the investigation in May and claims that she has not received all of the emails she requires from the Ministry of the Energy. The Ministry has hired a law firm to provide search services and to assist them in compiling the emails. Energy Minister Glen Thibeault said that the law firm was hired because an initial search suggested up to two million emails were relevant to the auditor’s probe. It is expected Opposition Leader Patrick Brown will call for an investigation into this matter on Thursday. - CBC News

Solar producers say the future is bright in the land of living skies, if only Saskatchewan's government-owned electrical utility would take greater advantage of the opportunity. The government's power company has pledged to get half its electricity from renewable sources by 2030, but it stopped taking applications from small power producers last month after it hit a self-imposed cap of 7.5 MW generated through the program over all. Brian Ketcheson, vice-president of distribution and customer services with SaskPower, said the program has been put on pause while the company reviews it. He said the key for the SaskPower is balancing the interest from those who want to sell power back to the company, with those of customers who want safe, reliable electricity at a reasonable cost. SaskPower expects to unveil its new rules for small power producers early in the new year. - CBC

With Energy East cancelled, the life of the Bear Head LNG facility, a multibillion dollar liquified natural gas export facility on the Strait of Canso, is in jeopardy. Bear Head had been planning on getting gas from a 1,600km pipeline from North Bay, ON to St. John, N.B, adjacent to Trans Canada’s Energy East pipeline. Now that Energy Easy has been cancelled, Bear Head is proposing that TransCanada team up with a producer of natural gas in Western Canada to pay for the pipeline they need to supply the facility. Bear Head is not proposing to pay for the pipeline. Bear Head LNG is owned by Australia-based Liquified Natural Gas Ltd. - The Chronicle Herald

Senators from New Brunswick launched a volley of questions to Natural Resources Minister Jim Carr on Tuesday regarding the cancellation of the Energy East Pipeline. Senator Joseph Day of Saint John said “The Energy East pipeline project would have created jobs in New Brunswick and would have been good environmentally as well as for the economy. Mr. Carr believes that Energy East was ultimately cancelled due to market forces, emanating from a decline in the price of oil, despite the fact that TransCanada has said that they cancelled the project because of changes to the regulatory process.” - The Telegraph Journal

Lights that a hurricane can’t blow out — Judd Gregg

With millions of Americans experiencing power outages due to catastrophic hurricanes Harvey, Irma and Maria, there has never been a more important time to look critically at the reliability and durability of our electrical grid. In Puerto Rico, which has been devastated by Hurricane Maria, reports indicate that it will take months — or even as long as a year — for the power to be fully restored. This is why I commend Secretary of Energy Rick Perry and the Trump administration for their commitment to protecting nuclear energy as a critical supplier of baseload energy. Irma, Harvey and Maria left an extraordinary amount of people without power. Florida learned tragically what the absence of electricity meant to its most vulnerable population, as 14 elderly residents in a single assisted-living community perished due to extreme heat. Having nuclear energy facilities near storm-torn areas was vital for restoration efforts. - The Washington Times

Energy retailers and users may not be able to buy cheap offshore carbon dioxide emissions credits to acquit their emissions liabilities under the proposed National Energy Guarantee (NEG) because the supply could dry up after China launches its own emissions trading scheme later this year, the Carbon Market Institute warned. Energy retailers and large users will be allowed to offset part of their carbon liability under the proposed NEG unveiled on Tuesday by buying carbon credits on domestic markets and international carbon trading markets when the emissions guarantee comes into force in 2020. - Australian Financial Review