Climate alarmists are coasting on a lie: "Just Transition” Part 2 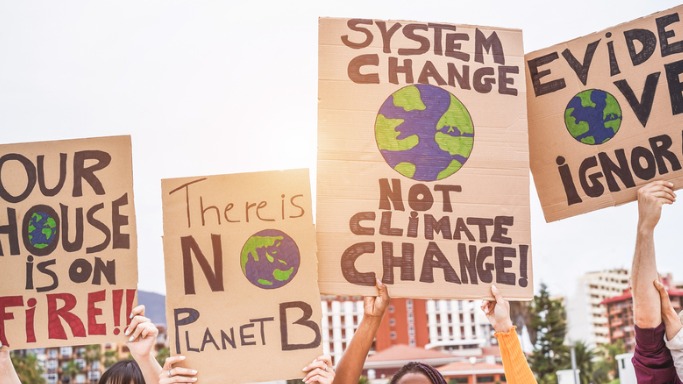 In my previous blogpost on “Just Transition”, I wrote about the almost comical “end of the world” predictions of the green left ideologues and how they never come to pass: think of the “coming new ice age” and the dire predictions of the world running out of oil and gas. By now, if they had been right, we humans would probably be nearly extinct, or, at least, freezing in the dark, counting down our final hours.

I did this in the context of a rather misleading opinion piece by Mark Zacharias and Merran Smith of the green left propaganda institute, Clean Energy Canada, in their recent opinion piece, “The fossil-fuel party is raging again, but Canada still needs a plan for the hangover to come” (Globe and Mail, June 14, 2022), about how the hydrocarbon energy industry was “finished”. Remember how – during the COVID mad last two years - the high priests of the green left were rubbing their hands with glee, delighted with all of the “Build Back Better” and “Great Reset” rhetoric? This was their moment – they thought the hydrocarbon energy was barely holding on, and the green nirvana was just weeks or months away. They talked about a world with no oil, and no gas! They actually talked about a world with no possessions – where you own nothing and are happy……This is the world of a just transition….This stuff got a LOT of mainstream media profile.

But as invariably happens to left-liberal and green fantasists and dreamers, reality mugged them. The current reality they face is that the price of energy has been reaching record highs for consumers. To the average observer, it looks like the oil companies have never had it so good, with high stock prices and dividends being paid out to shareholders. Zacharias and Smith play on that suggestion. Writing for their corporatist, virtue-signalling, woke green audience of Globe and Mail readers, say bad corporations are cleaning up, but, they say, don’t worry: this is the last great hurrah for the hydro-carbon industry.

Zacharias and Smith might well be right, but not for the reasons they advertise.

Their core argument is that the high cost of the current supply of fossil fuel energy is having the effect of driving down market demand. Consumer appetite for “renewables” is going to force the big bad oil and gas companies out of business – just you wait and see.

Zacharias and Smith are onto something, but they aren’t being honest about what the something is.

Their argument, and I quote, is that “Today’s high prices, combined with the war in Ukraine, are only accelerating the drive toward cheaper energy sources.”  And that “The shift away from fossil fuels is accelerating, and it will be permanent, so it’s time for politicians, especially Western premiers, to name the opportunity and talk publicly about what this generational shift in our economy will look like over the next two decades.”

Of course, there has been no such “market” shift away from fossil fuel consumption, nor has there been any reduced demand of a scale that is condemning the hydrocarbon industry to the dustbin of history. Sure, some people are trying to use fossil fuels more efficiently, but that’s because they need them but can’t afford them. Government action has pushed the price of these fuels through the roof and interfered with the normal market conditions that would push those prices back down. Zacharias and Smith are indeed clever – they are spinning this tale of a populist green uprising to conceal what is a top down government controlled assault on affordability. This is what a just transition really means: government and their many voices in media working overtime to kill off an energy industry that makes life affordable, so they can give you a life they think you need to live.

But these explicit anti-industry measures driving up energy aren’t enough.

Their damaging effects are compounded by the fact that the recent price surge in fossil fuels has not – as with past increases – driven billions into new development investments for more fuels for consumers. So prices are going up faster, shortages are in the offing, and the green agenda is coasting on a lie that this is actually a just transition to things green.