COP in Focus - Part Five - Trudeau Commits to Shutting Down Canada, While Driving a Jaguar 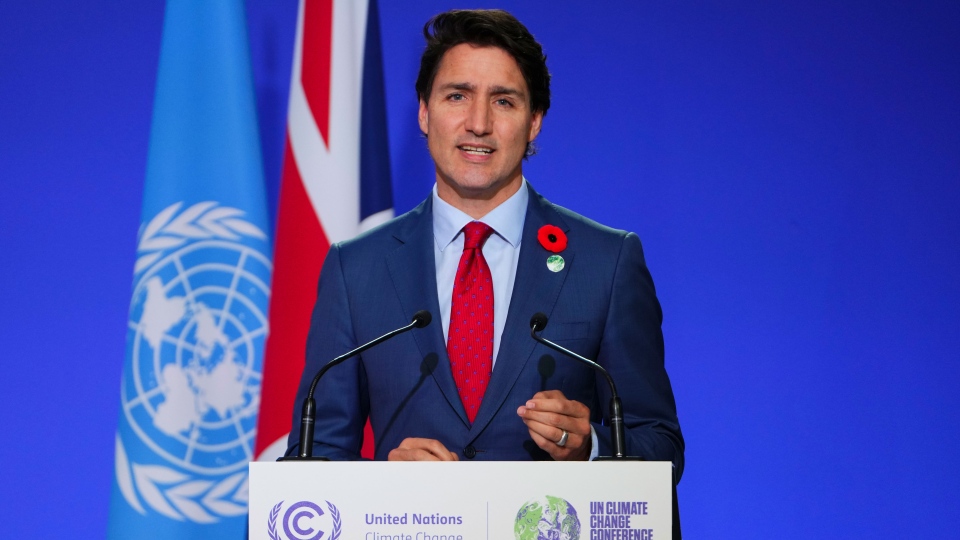 Just out of his electric Jaguar (because nothing says “I’m staying in touch with the average person” like a Jaguar), Justin Trudeau took the stage at the Conference of the Parties (COP26) meeting in Glasgow yesterday.

Trudeau’s message in Glasgow:  his extreme green agenda is about to get, well, more extreme.

Here are the “highlights”:

- a carbon tax set to reach 170 dollars a ton in less than a decade. (Over four times its current price);

- a second carbon tax called the “Clean Fuel Standard”, or CFS, that he sneaked by with little notice as a regulation;

- a tax on methane that is, in effect, a third carbon tax for anyone using natural gas (and this represents more than a third of our energy in Canada);

- billions in handouts to cities to buy electric buses that then don't work well in the Canadian winter (and in some cases need polluting diesel generators to be heated);

- billions to the provinces for electric vehicle charging station subsidies so that people wealthy enough to buy an electric car can find a place to charge it;

- billions in handouts to an international fund to help other countries reduce their emissions with the same;

And that’s not all, even at a time when the country is massively in debt and more so every day, when the cost of living is rising dramatically and banks are now signaling interest rate rises are coming, when Canadians are trying to come out of over a year and a half of unprecedented lockdowns and start society up again........

Now the Prime Minister says Canada will put an absolute cap on oil and gas emissions, and lower that cap every year.

All these announcements might seem like mere noise to most of us. This is because we don't appreciate the day-to-day implications – who has the time to figure out what all of this means? And it sounds good, doesn’t it? You know, because “green.” Because it’s 2015, um, no – because it’s 2021.

But Canadians need to know these latest installments of Trudeau’s green agenda have very real implications. And yesterday's announcement should drive the point home.

If you don't allow greenhouse gas (GHG) emissions to rise, how do you build infrastructure projects? How do you grow your economy? How do you deliver oil and gas exports to nations that want them and can’t believe we won’t export them? How do you get our oil and gas - some of the most cleanly produced in the world - to places where people still heat with much dirtier, much less efficient, much less healthy wood and dung? The fact is you don't.

Trudeau's announcement is his most powerful signal yet that he will kill the Canadian economy to satisfy his ideological green agenda. Our lives are about to become significantly more expensive.

And this doesn't have to happen.

But Trudeau is making it happen.

Will all those executives bending over backwards to show how committed they are to being “green” finally defend the interests of their shareholders - all of us who have their stocks in our RSPs and pension funds - and say "enough is enough"? Will our energy executives start to express even the slightest interest in the hundreds of thousands of Canadians currently in their employ – people who will lose their jobs as a result of Trudeau’s policies?

Life is going to get even less affordable. But wow, that electric Jaguar is a nice-looking car isn't it?