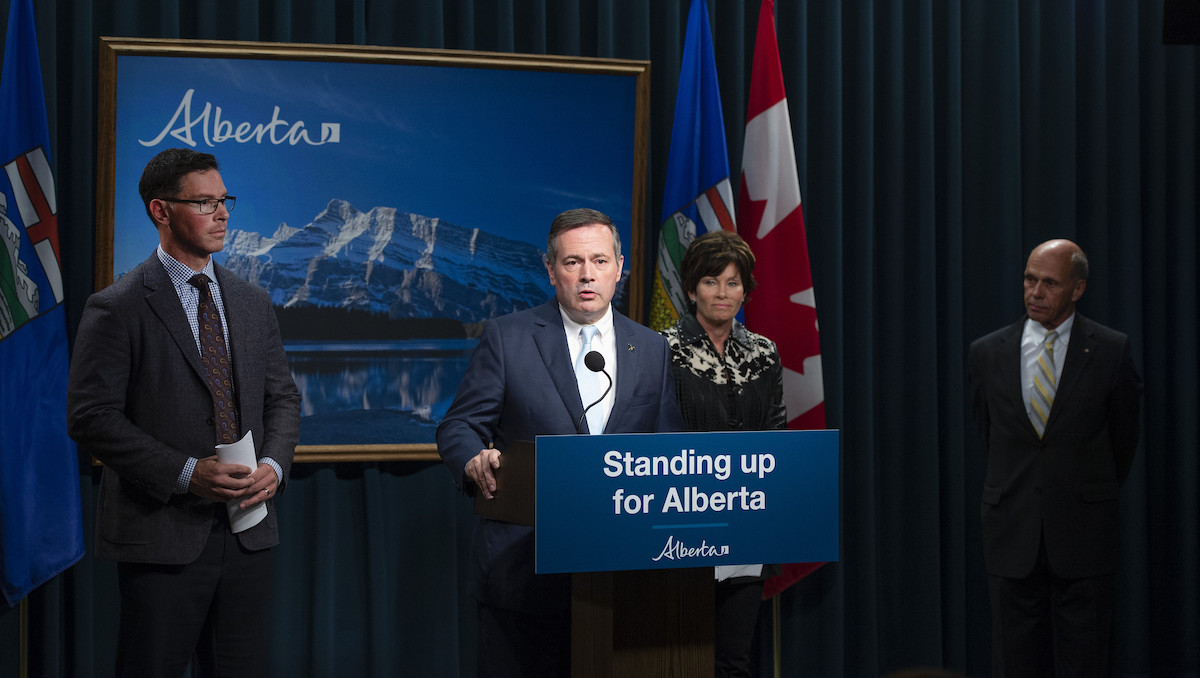 The intent of the report was to track how much money was coming into campaigns against development of oil and gas in Alberta.

As the report indicates, well over a billion dollars has been fed into the province to finance efforts to stop resource development projects.

And the report says the activists who have received over a billion dollars in donations take credit for using it to stop investment of over 8 trillion dollars.

8 trillion dollars in investment. Think about that.

If you google “value of the Canadian economy” you get a Gross Domestic Product (GDP) number based on World Bank data, of about $1.8 trillion (US). Let’s call that $2 trillion in Canadian currency for simple comparison.  So, the activists’ claim, if true, is that they have stopped the equivalent of investment of 4 times the size of Canada’s annual economy.

These people are good at what they do!

That’s a great return on the investment: roughly a billion spent has killed 8,000 times as much money in projects.

But it is anything but great for Canada.

When you reflect on the fact that this $8 trillion is a phenomenal amount of money that would have delivered jobs, and investment, and tax revenue and countless other benefits to millions and millions of Canadians.

But the activists are brazen as well as smart. They love to go on about how “big oil and gas” is spending billions to advance its interests.

If only that were true! Big oil and gas does spend billions – but those are billions spent on research and development of specific project opportunities that then deliver energy to citizens around the world. And they spend billions on constant efforts to improve how that energy is extracted, processed, transported, and used – no sector spends more on innovation in Canada.  In other words, they spend billions delivering value to humankind.

But the activists focus on stopping all that good work.

And COP26 is just an opportunity to give those activists more profile.

How? Alberta’s oilsands are a regular target for public relations stunts at these global COP meetings. There will be actors dressed as oil-sodden birds, or dying caribou or some other animal allegedly being destroyed by human development, and they will get media coverage around the world with a message that Alberta is doing terrible things and the development of its resources must be stopped.

Environmental organizations – the same ones who get funding to stop oil and gas investment projects in Alberta – will have a strong presence at the COP event in Glasgow. They will insult Canada and Canadians (and Alberta and Albertans in particular) and the extraordinary resource industries that have been built in this country to deliver energy to the planet. That energy has brought billions out of poverty, it has improved our overall environmental performance as a society, and it has delivered countless innovations that makes us ever more effective in its use.

This is what is so troubling. It is very easy to point a figure at an oilsands project, or a pipeline,  and say “bad”. It is much harder to point out the “good”: how all of us across Canada and around the world benefit from that project and that pipeline. But examples are starting to make the good clear.

I read this week that the City of Glasgow is scrambling to meet the influx of over 25,000 people expected for COP26. Glasgow is a city that has been hit very hard by high energy prices. It is a traditionally working-class city in Scotland, a country that once profited enormously from natural gas development.

That gas development is disappearing, and the promised wind turbines that UK PM Boris Johnson says will power the country are failing.

And the good people of Glasgow have fewer jobs, and are looking at very, very high energy bills this winter. An influx of virtue-signallers for two weeks will bring some tourism revenue in, but not enough o offset the harm of bad energy policy. The activists against the Alberta oilsands never bother to tell us all of that though, do they?

And no one at COP26 will either.  So instead of praising Canada and its energy industry and what it does for the world, COP26 will be an attack on Canada and, in particular, on Alberta.  And the well-funded activists profiled in the Alberta government inquiry will be delighted to keep funding that attack.