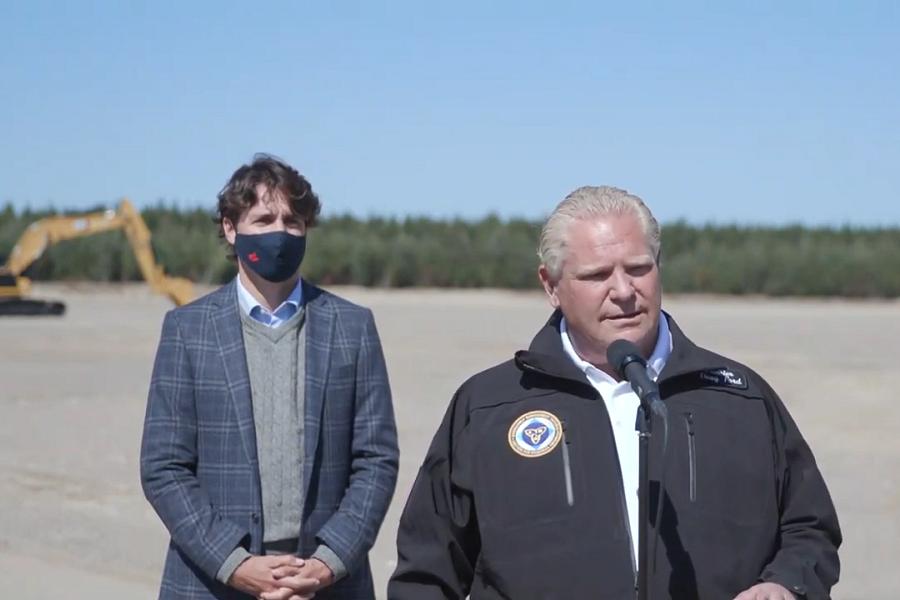 So the media is finally shedding a spotlight on the so-called Clean Fuel Standard – Trudeau’s second carbon tax. More and more are beginning to write about it, and how it means just another burden.

So what does Doug Ford do? He seeks approval for a carbon tax of his own from the federal government - and he gets it!

A third carbon tax? What is going on?

Justin Trudeau’s federal carbon tax has two components; the carbon price on fuel prices, and the carbon price on industrial emissions. Ontario will continue to have the first component imposed on the province – you see it on your energy bills every day. And Doug Ford is fighting that at the Supreme Court this week, as he promised to do when he ran to become Premier two years ago.

However his fighting spirit ends there. He now says Ontario will have its own made-in-Ontario carbon price on industrial emissions. In my opinion, this is totally against the spirit, if not the letter, of Ford’s original anti-carbon tax platform.

While Ford argues that this is a better option than the federal government’s plan, a carbon tax is a carbon tax. The Premier, pretending to stand up to the feds, is then turning around and taxing Ontarians himself, and all in an effort to accommodate Ontario to one aspect of the Trudeau federal carbon tax.

Ford won’t call it a carbon tax, although the media isn’t letting him off the hook. The tax is officially called the Emissions Performance Standard Program. It targets industrial facilities -  i.e. companies that have big industrial facilities. The reason? This hides the tax from the consumer. You won’t see it on gasoline or your natural gas heating bill as an immediate add-on the way you do with Trudeau’s first carbon tax.

But you will see it.

The end result will be a slow but steady rise in the cost of living. It will also mean Ontario manufacturing and industrial companies becoming even less competitive than they are now.

No doubt some industry trade associations will applaud this. If you look closely, though, they are often the same ones who will negotiate exemptions to the application of the tax, or some other means to save them the pain. They will then indulge in virtue signaling about the importance of the tax and how it is part of a responsible approach to climate change.

The federal government approved this made-in-Ontario substitution - albeit, not happily. Environment Minister Jonathan Wilkinson said this tax made use of “loopholes” the federal government is working to close. Doesn’t the Premier see that compromise on carbon taxes does not work for this Liberal government? They will only come back later with more requirements.

The only choice the Ford government in Ontario has in the fight against carbon taxes is to scrap them all together. This would apply to any other province.

Alberta has one of these taxes already, and - no surprise - Alberta Premier Jason Kenney was right there beside Ford on the same day as the announcement. I suppose they think they can give each other cover.

What has become of carbon tax-hating Doug Ford? And what of Jason Kenney? There seems to be only one Premier firmly standing his ground – Scott Moe (thank heavens for Saskatchewan).

Meanwhile the citizens of Ontario are sinking deeper and deeper into debt, in an economy that is less and less competitive, while the rhetoric of the green ideologues takes a firmer and firmer hold.

Ask yourself – are your bills going down? Is the cost of living dropping for you? Are there more job opportunities for you? Is your community growing? Or is the government getting bigger, incurring more debt, and indulging more and more in strange rhetoric about the environment?

Doug Ford fashioned himself a man of the people. Carbon taxes hurt people, they don’t help them. On Carbon Taxes and Doug Ford, it is promise broken.