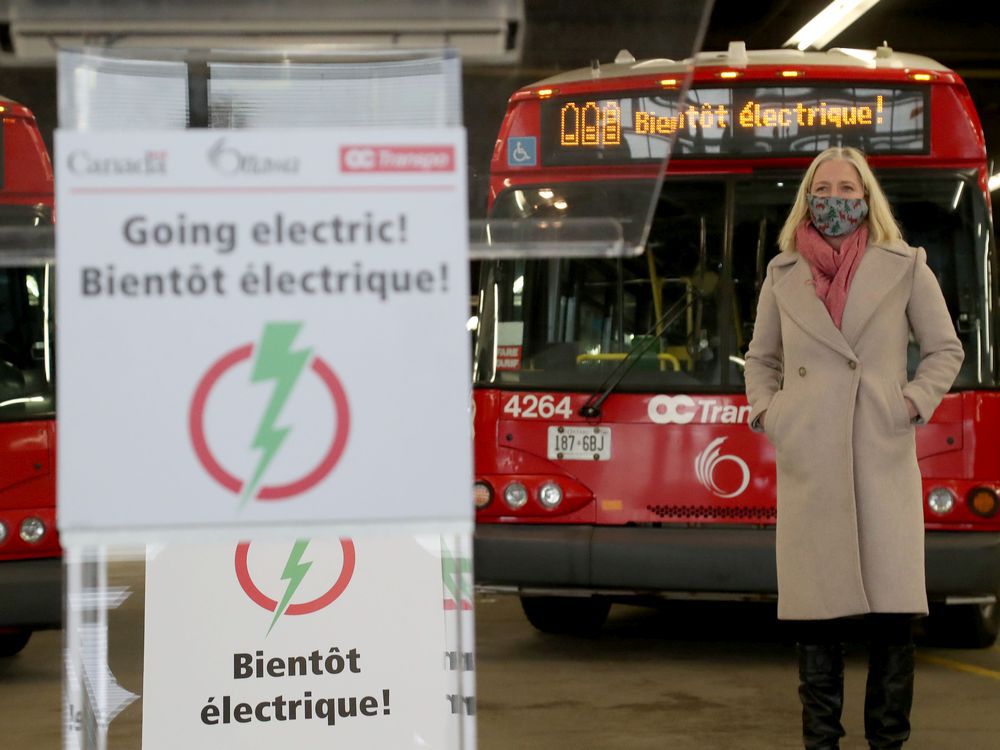 Last week the Government of Canada announced that $2.7 billion would be spent on electric buses. Why would they do this?

The argument is that most buses today are diesel, and diesel buses emit lots of greenhouse (GHG) gas emissions. These emissions will (the Trudeau government says) ruin the world within a decade, so we need to replace them with electric buses ASAP.

This is in addition to the $1.5 billion they have already committed to “electrify” public transit.

In total that is $4.2 billion of your money so that the bus you get on (if indeed there is one anywhere near you to get on) will be electric-powered.

That is a lot of your tax dollars. Let’s take a closer look at how they might be spent.

There are around 17,000 Public Transit buses in Canada (overwhelmingly diesel powered).

Assuming $4.2 billion is the cost to replace all those diesel buses, that would mean approximately $260/tonnes of GHG emissions reduced.

Now you start to see why Trudeau needs to keep adding to the number, and the size, of his carbon taxes. Even a $170/tonne basic carbon tax, and a second carbon tax (the Clean Fuel Standard) aren’t enough to meet the costs of this plan. Trudeau would need to get to $260 per tonne in carbon tax revenue before his bus plan would even come close to paying for itself through this latest boondoggle.

But even then, it would not work. Why not?

Because the numbers I just gave you depend upon three very outlandish assumptions:

Assumption 1: $4.2 billion isn’t enough to replace all the buses.

It definitely isn’t enough – and not just because this government always ends up overspending. Estimates are (with charging infrastructure and other costs) that the cost per electric bus is in the order of $1 million, which means $4.2 billion would only buy 4200 buses. You would need about four times that amount to replace the whole fleet. That would take you to over $16 billion in public spending, and signs are that is the direction Trudeau is headed.  By the way, that would raise the cost equivalent to $1000/tonne in carbon taxes…..

Assumption 2: The electricity used will be “zero emission” electricity.

By “zero-emission” they mean there will be no emissions produced. But this is misleading. Even though the use of the electricity doesn’t produce emissions, the production of the electricity often does. Today, in many provinces, a portion of the electricity we use generates emissions. And the most efficient and cost-effective opportunities for growth in power generation mean more emission-producing generation. Do you want more wind and solar power? Fine. It needs backup for when it isn’t windy or sunny. And that backup will probably be natural gas generation. Which produces emissions. And by the way, that means you actually build two generation systems (a wind and solar system, and a gas generation system) to meet one need. All to say, the electricity will not be emission free, and it will not be cheap. Watch that $1000/tonne figure rise further still…

Assumption 3: That the buses will work.

It is really cold in Canada. Electric buses in the winter need a lot of energy to produce heat. That dramatically reduces their efficiency. They may fail or, as allegedly happened in Edmonton in recent winters after that city purchased some electric buses, they will need diesel generators on the vehicles to keep them warm. You heard that right. Electric buses – with diesel generators – replacing diesel buses. The cost per tonne of emission offsets just rose again.

You can’t make this stuff up.

The reality of Trudeau’s Paris Agreement and Net Zero by 2050 commitments is that billions and billions are being thrown at crazy ideas that prove to be crazier by the day.

Electric bus advocacy is driven by an industry that has a significant base in Communist China. These Chinese companies have been spending like mad on lobbying and other efforts to make the case for electric buses in Canada and the U.S.

So here is how it plays out: your tax dollars will be blown on crazy ideas to dramatically overturn an already troubled public transit system. This will make that system more expensive and less efficient, and not even deliver on the government’s own objectives. And the whole plan will at the same time subsidize companies in a totalitarian state which doesn’t believe in fundamental human rights.

But it all matters because we have to meet our commitments under the Paris Agreement! And we have to live up to our promise of “Net Zero by 2050”!

I suspect that, in a decade, we will see a bunch of very heavy, very inefficient buses sitting behind depots in various cities – rarely used, rusting, and serving as a reminder of the waste of Canadian tax dollars. Those tax dollars that could have been left in your pocket instead of making your energy less affordable.