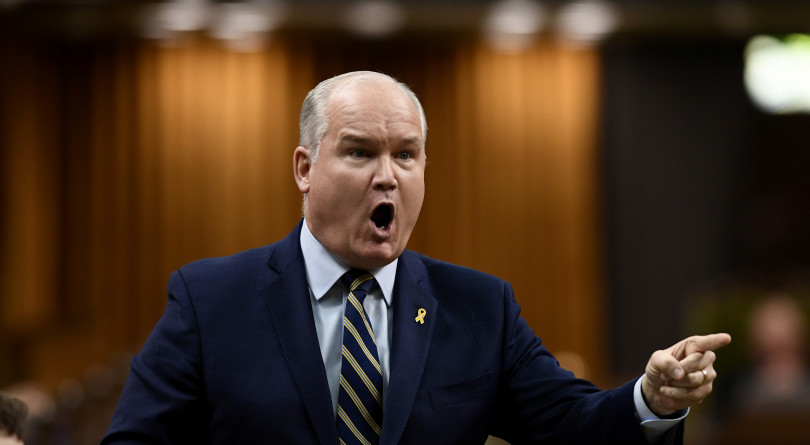 My blogpost prompted some pretty strong responses of shock from readers. Coincidentally (I’m sure) the CPC issued a fundraising request in which they insisted they would “continue to...find meaningful ways to reach Canada’s climate targets without a carbon tax.”

For my part, I did not need to read the Toronto Star to hear of the O’Toole carbon tax flip-flop under consideration. Like many who follow politics closely, I have been speculating about this for months. I think it is worth telling readers a little more of what has been going on though. Let me start by examining the central argument that certain CPC strategists are peddling to the Tory caucus.

The Star column pointed out the “frustration” that the mostly Ontario-based CPC advisers have with the mostly Western-based CPC MPs. Specifically, the CPC strategists complain that these Western MPs “are unwilling to moderate the party’s stance on issues like climate change in order to appeal to voters in provinces like Ontario, Quebec and British Columbia.” That’s the Star’s analysis based on what they are hearing.

But read what one of these CPC strategists actually had to say about the western CPC MPs:

“ ‘A lot of this is that the Western MPs in particular don’t want to have to defend any change at all … They don’t want any change on our position on the environment. They don’t like the quote ‘moving the party to the centre’, the source said.”

If this is true, then “bravo” for the Western MPs. They are right to hold their ground.

But then the strategist “explains” the proposed green “strategy”:

“ 'For them, Scheer? The (2019) platform? All that stuff was perfect. They had no complaints. They don’t actually care if we’re in government or not, and that one piece has become extremely evident over the last few months … You’re not willing to give up five points (in a Western riding) in order to give that to someone in Ontario for us to win there?' ”

The claim that Western CPC MPs “don’t actually care” whether or not the CPC is in government is, of course, totally ridiculous.  I have yet to meet such a person. This is just an eastern Canadian smear against the more conservative wing of the CPC, born of a long-standing regional prejudice and unfounded eastern sense of superiority and arrogance.

There is much more to unpack and analyze from the unattributed quote from the unnamed Tory strategist. In essence, he/she seems to be saying this:

To win the next election, a “change” in the CPC’s “position on the environment” is required, and such a change will involve stepping back from the party’s traditional opposition to “carbon-pricing”. “If only” the CPC MPs could see this, then, yeah, sure, the party would lose maybe 5% of the vote in Alberta and Saskatchewan.

But gosh, the CPC has votes to spare in the West. Votes to burn. It would make next to no difference in the seat count – in the Prairies – for the CPC if it abandoned its carbon tax opposition. So 5% bleeds off to some right-wing parties. Big deal!  And in exchange for this voluntary “bleeding” of votes over the carbon tax?  A 5% boost in Ontario, BC and Quebec, where the CPC needs – and can win! – seats.

In other words, the theory is that supporting a carbon tax is the winning ticket for the CPC in the carbon tax flip-flop sweepstakes.

I don’t know what polling data these CPC “strategists” have been smoking, um, I mean reading, but there is actually some publicly available polling data that completely contradicts this narrative.

In the wake of the O’Toole CPC leadership victory last August, Mainstreet Research, an eastern-based firm, published a poll on this very topic.

In its survey conducted September 21-24, 2020 (with a national sample of 1307 adults, 2.7% margin of error on the national numbers), Mainstreet Research asked:

How does this break out regionally?

According to Mainstreet, a carbon tax flip-flop would indeed cost the CPC about 4.4 % in Manitoba and Saskatchewan (grouped together in the survey).  With 35.6% suggesting that it would make “no difference, 34.4% of respondents said they would be “less likely” to vote CPC, and 30% said “more likely”, for a net loss to the CPC of 4.4% This is indeed very close to the 5% loss promised by the CPC strategists.

When you look at BC, the birthplace of Canadian carbon taxes, the news gets even worse for the CPC. Contrary to the CPC strategists predictions, Mainstreet Research found that 30.9% would be less likely to vote CPC if they flip-flopped on carbon pricing, and only 23.5% more likely (45.5% said “no difference).  That’s a 7.4% net loss for the Tories, almost as much as in Alberta. Do they Tories really have a 7.4% margin “to burn” in British Columbia?

So much for B.C.  What about Ontario? While 43.6% said no difference, 27.3% of Ontario voters would be “more likely” to vote for a pro-carbon tax CPC, but 29% said they would be “less likely”.  In Ontario!  So let’s recognize that this 1.7% net loss for the Tories is well within the margin of error.  Let’s call it a “break even” proposition in Ontario.

If you believe the Mainstreet Research numbers, and I have no reason to doubt them, these CPC western MPs are being asked to “give up” 4%, and even 7% or 8% of the vote in the West for what gain in Ontario? For nothing, or perhaps less than nothing.

And this poll is a snapshot as to where things stood last September, in the heady days of the post-leadership “O’Toole-mania”.  I wonder if things have gotten better or worse for O’Toole since then?

Before I forget Quebec, where Team O’Toole might claim that their carbon tax flip-flop strategy would be popular: 50.9% said “no difference”, with 24.9% being “less likely” to vote for the CPC and 24.2% being more likely. In other words, no gain at all for the CPC on pursuing this strategy. Zero gain.

What would the CPC get for its troubles on the proposed great carbon tax flip-flop of 2021?  A significant loss of votes in the West, probably some seats lost there was well, certainly a drop in donations, and a world of grief for years to come.