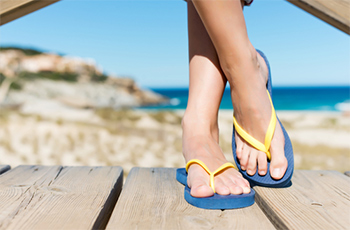 They make a funny "splat splat" sound. A bit like eggs being dropped on the floor.

Or the sound of Erin O'Toole's so-called climate platform hitting the ground - because it sure won't takeoff.

Seen in the light of this week’s appalling waste of public dollars the Trudeau Liberals call a green budget, O’Toole’s plan seems even more pathetic.

His platform is a grab-bag of bad ideas, centred around a …… carbon tax.

Erin O'Toole - despite insisting he is against carbon taxes - has come out with a "climate plan" that is based on them.

He has flip flopped.

And the sound I hear is splat.

Here is the way I see it.

Erin O'Toole and his band of merry green Tory advisors actually like carbon taxes, and believe they are necessary:

- despite the fact that Canadians do not want carbon taxes (the polling makes it more and more clear);

- despite the fact that carbon taxes do not work (BC is a case in point);

- despite the fact that conservatives win elections by being strongly against carbon taxes (Doug Ford being the most recent example of this); and

- despite the fact that the Conservative Party's base and O'Toole's caucus colleagues don't believe carbon taxes should be implemented.

O'Toole and his advisors don't seem to care. In fact, I've been told by Tory insiders that O'Toole never consulted the caucus on his plan. I've been told that - in the face of significant caucus opposition - O'Toole said he would not back the Trudeau-government Net Zero by 2050 bill, but at the same time had external consultants drafting this even crazier climate plan.

And so what do the Liberals do, when O'Toole won’t set himself up against them?  They double down with even more aggressive spending proposals. Why not? They face no real opposition.

On energy, as with so many issues, Erin O’Toole has proven incapable of defining an alternative to the Liberals. The result will be more confusion for Canadians on the issues, more division on the right, more support for groups that are not afraid to define an alternative, and more certainty that Justin Trudeau will win again.

Canadians deserve a political option to the incoherent policy framework and wasteful spending of the Trudeau Liberals.

With Erin O'Toole, they don’t get an option, they get a slightly weaker version of the same thing.

With O’Toole they get carbon taxes.

With O'Toole they get flip flops.