Germany’s rising energy prices are a cautionary tale for Canada 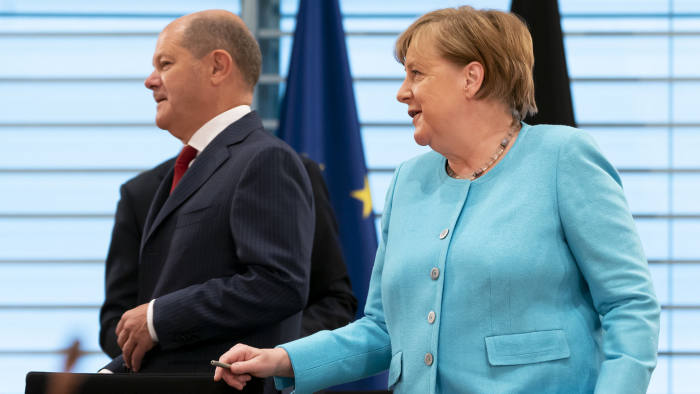 Here comes another cautionary tale about the dangers of “green energy.” This one is out of Germany - the green energy utopia of Europe.

Energy consumers in Germany are getting stuck with the bill for expensive clean energy contracts. Sounds familiar? It is the exact situation Ontarians find themselves in thanks to the notorious McGuinty-Wynne era Green Energy Act.

Germany's green energy scheme was designed in 2000 to help the country reach the UN’s climate change goals. Now, one of the system’s key designers, Hans Josef Fell, is speaking out against the high prices - the consequence of guaranteed payments to clean energy investors.

While the ratepayers are dealing with this spike in costs, Germany also unveiled its green recovery plan last week, and climate activists everywhere are celebrating. The plan offers no relief to certain areas of the economy - like combustion-engine automobiles - and instead focuses spending on subsidies for electric vehicles and renewable energy. Germany’s world renowned car industry supports 3 million jobs in the wider national economy, and 800 000 jobs directly – all at risk as public decision makers drive up production costs by subsidizing uneconomic EVs instead.

Canada should take heed of what is happening in Germany. The creators of the Ontario Green Energy Act used Germany, among other countries, as a model of “success policies”. The same Germany that has incredibly high electricity costs, manufacturing companies staying only if their energy prices are highly subsidized, and a still substantial coal generation fleet to back-up all of those intermittent high-cost renewables.

It will be of no surprise that Gerald Butts himself tweeted last week to congratulate Germany on its recovery plan saying that the country “...sets the bar for a clean recovery.” 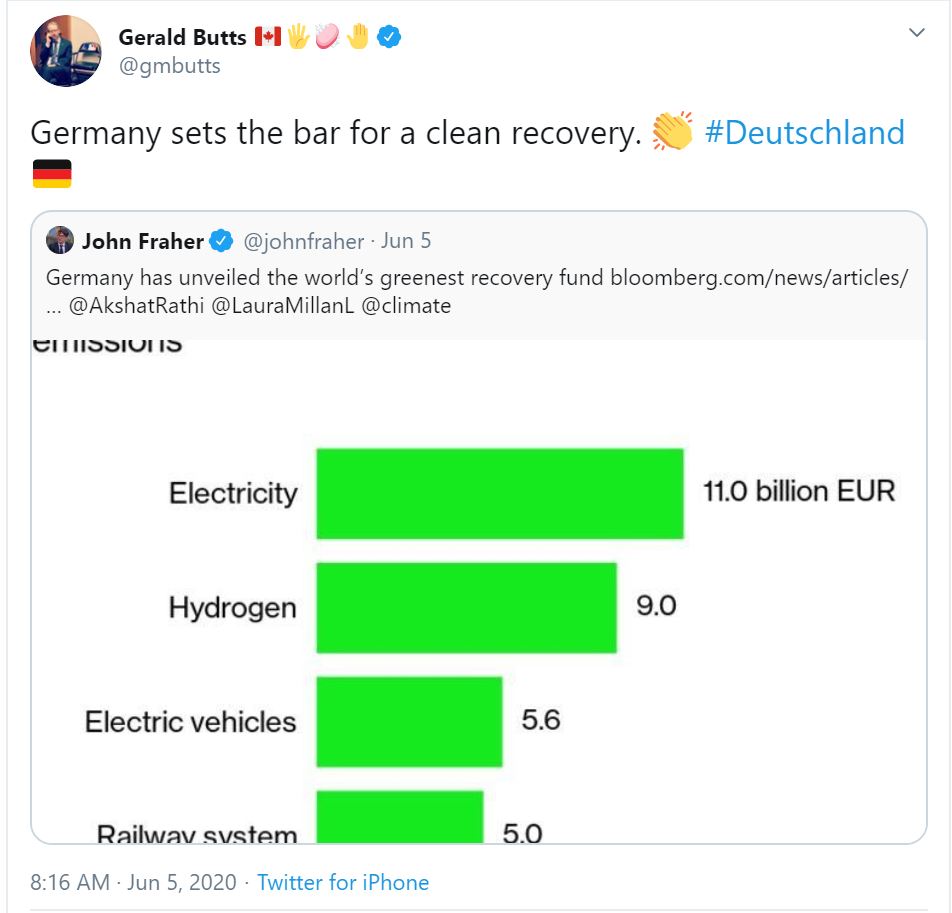 Germany’s rising energy prices are just another example of the high cost of forcing impractical green energy policies onto the public. They never work. The consumer is always hit with expensive bills. The same thing that happened in Ontario happened in Germany, and it will happen in the rest of Canada before long.

Despite its relentless green agenda, Germany, like Canada, still relies on fossil fuels for its energy. In 2019, 35% of Germany's electricity came from coal - which emits more carbon than Canadian oil or gas.

Why do these countries insist on dragging their citizens into unaffordable and inefficient green energy deals when green energy cannot yet support our energy demands? To the governments of Canada and Germany a utopian green future is a greater priority than their citizen’s actual energy needs.

What is happening in Germany - what happened in Ontario - is coming down the pike for Canada. We cannot afford a green recovery - no matter how popular it will make us with the UN. Let’s not repeat the German mistake. Let’s create a recovery plan that works for Canadians and not against them.