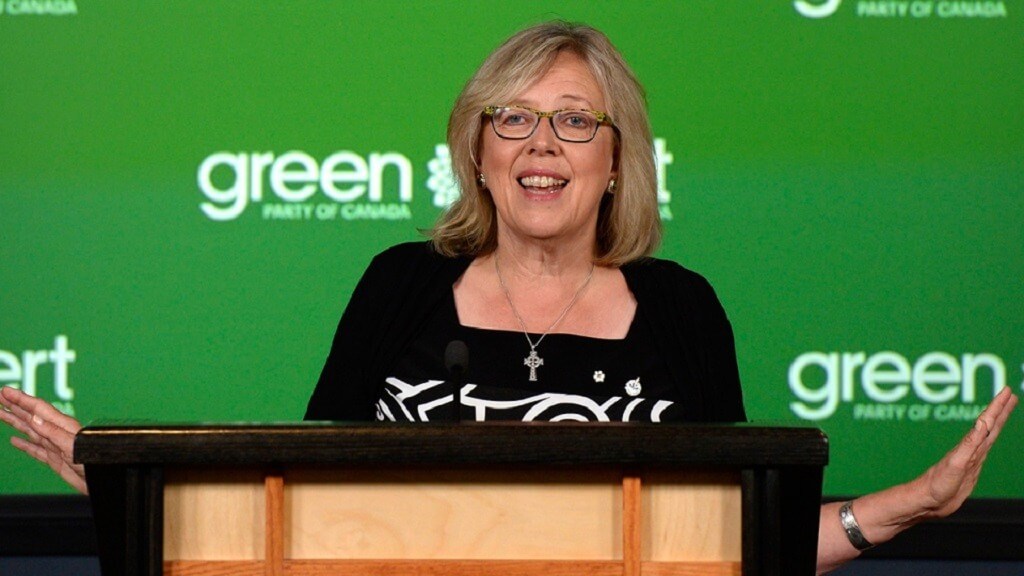 According to former Green Party leader Elizabeth May, oil and gas are dead and the sector will not be a player in the post-COVID-19 world.

Of course, May is wrong. But let’s indulge her green fantasy for just a minute. Imagine that this is true and May is right. Where in May’s green paradise will our energy come from?

Renewables, May says. Ok, how about wind, solar, and biomass? Today, renewables make up 17.3% of Canada’s energy end use - which puts us amongst the top OECD countries for renewable sourcing. Of that 17.3%, hydro makes up over two-thirds (11.7% of total use), and biomass makes up the bulk of the remainder (4%).

Where do wind and solar come in? Wind makes up a whopping 5% of our renewable energy or 0.87% of our total end use and solar comes in at a total of 0.7% of renewable use or 0.1% of total end use. All these are Government of Canada statistics. Elizabeth May suggests that the combined total of these - the 17% - will, after the pandemic, grow over sixfold to the point where they can provide all of Canada’s energy needs, and do it fast enough to fill the hole left by the oil and gas industry.  No mention of the cost of course, despite the fact that renewables cost billions and billions more than hydrocarbons for the same amount of energy - costs that will show up on your energy bills.

According to May, we must use government money to jump start the green energy industry which will create green jobs for them - you know, just like Ontario did under the McGuinty/Wynne governments. Oh wait...the Green Energy Act’s promised 50,000 jobs never materialised and Ontarians are still paying through the nose for the GEA. Ontario, where Premier Doug Ford is already spending $6-billion dollars a year as a subsidy to keep current electricity rates artificially low.

Of course where all that government money will come from when the industry which makes up 10% of our national GDP and generates $15-billion in annual federal revenue (taxes and royalties) just disappears is still up in the air. It’s not a perfect plan, but oil and gas are dead so what are you going to do?

Jean-Yves Blanchet, leader of the federal Bloc Quebecois, thinks the hydrocarbon industry is dying too. I hope he realizes that means Quebec is toast. Between 2007 and 2018 Quebec received over $100-billion in equalization payments from the rest of Canada. The second biggest recipient in the same time was Manitoba at just over $20-billion. Oil and gas revenue generating Alberta received less than $300-million in equalization, while it paid out $239.847-billion in federal transfers. In other words, over 200% of the money that Quebec rakes in from the rest of Canada comes from – you guessed it! – revenue that the Government of Canada collects from Alberta’s oil and gas industry. Kill that industry and who will pay Quebec’s bills?

As Blanchet spouts indignant nonsense about how grateful Alberta should be to Quebec for buying its oil at full price, the money from out west continues to pour in via Trudeau’s obliging government in Ottawa. The irony is hard to ignore...unless you are Blanchet.

These politicians should be ashamed of themselves. This economic crisis we are in is not only bad news for Canada’s world leading hydrocarbon sector, it is bad news for us all. Elizabeth May’s renewable fairy tale is just that - even today Canada’s renewables need hydrocarbons to back them up. Blanchet’s Quebec depends on the success of the oil and gas industry for the buckets of government money that keep it going. The idea that we will get through this recession without the oil and gas sectors is idiotic and dangerous.