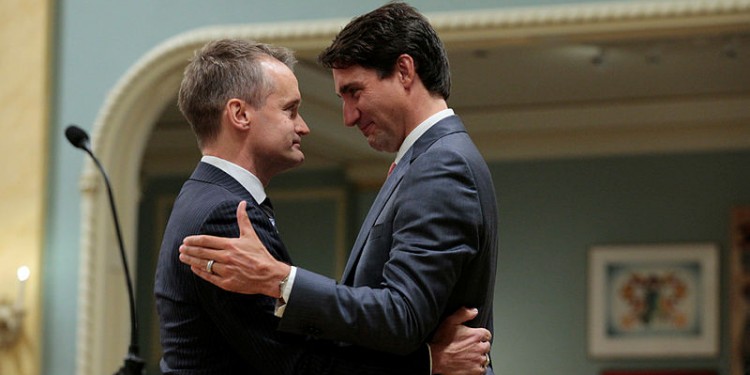 In June 2020 the Minister of Natural Resources, the Honourable Seamus O’Regan, announced a new regulation that would improve the efficiency of environmental assessments for offshore exploratory drilling in Newfoundland by making it exempt from federal environmental impact assessment.

That is quite a mouthful. What it really means is that exploratory offshore drilling off the coast of Newfoundland would not require a review under the Impact Assessment Act. This would shorten the approval period for exploratory drilling projects to under 90 days, according to Minister O’Regan.

This is good news for Newfoundland and Labrador, O’Regan’s home province. But why did exploratory offshore drilling have to get a special regulatory provision in the first place?

We did some research, and found out that the regulation is an exemption to the provisions of the Impact Assessment Act.  That brought more questions to mind.

What is the Impact Assessment Act? What standard does it hold projects to? What, if any, benefits does it offer to project development in Canada?

The federal Impact Assessment Act was one piece of Bill C-69, a Trudeau government initiative which became law just prior to the 2019 federal election. Bill C-69 seriously complicated the approval process for any large-scale resource development project. As it turns out, this new Impact Assessment Act is the most far-reaching and intrusive law that was part of the Bill C-69 package of legislative changes.

It is a long and vague list of demands that are virtually impossible to fully meet unless a developer has a fortune-teller or  some other psychic on their payroll who can see into the future.

The Assessment also introduces huge delays to projects. Recently, following Environment Minister Jonathan Wilkinson’s decision to subject a B.C. mine to an assessment, the Mining Association of Canada submitted an open letter to the Minister saying that the assessment would mean unprecedented delay for the project.

It is also subject to the whims of political process: developers must report to the Impact Assessment Agency which decides whether a project is worthy of development or not.

Each one of the Assessment’s criteria could be picked apart and exposed as overbearing, if not ridiculous (how on earth is a company going to assess how their project in the North Atlantic will impact an ideological global conversation about sex and gender??). But for our purposes here today let’s focus in on a favourite for us at CAE: the effect the project will have on Canada’s ability to reach our emission reduction commitments (and the resulting effects changes to the project could have on energy affordability).

Guess what? Any project that will develop usable energy and harness the great opportunity our natural resources present will also create emissions. And any created emissions strike a blow against the Trudeau Liberals’ costly and dangerous dream of reducing Canada’s emissions to net-zero.

There is no way developers in Newfoundland, Alberta, or anywhere else in Canada can achieve the federal government’s goal of net-zero emissions by 2050 and remain financially viable (we have written about why here).

In the face of COVID-19 lockdowns that continue to destroy our economy, Ottawa decided to exempt exploratory offshore drilling in Newfoundland from this overreaching impact assessment. This is a good thing.

But think about it: parliament passes a really bad law, then government creates a regulation to exempt some projects from the application of the bad law, and then takes credit for the regulation! The whole thing is bizarre.

Justin Trudeau and his friends in Ottawa see resource projects as obstacles on the road to a very different Canada.  They don’t see the employment opportunities. They don’t see the investment to our country. They don’t see the affordable, efficient, ethically-produced energy which can be delivered around the world to countries with lower environmental and ethical standards - ultimately improving the global environment.

This is why Bill C-69 - and more specifically the Impact Assessment Act - are so harmful to Canada’s economy. They stifle any development of our natural resources - and now more than ever we need Canadian resources developed.