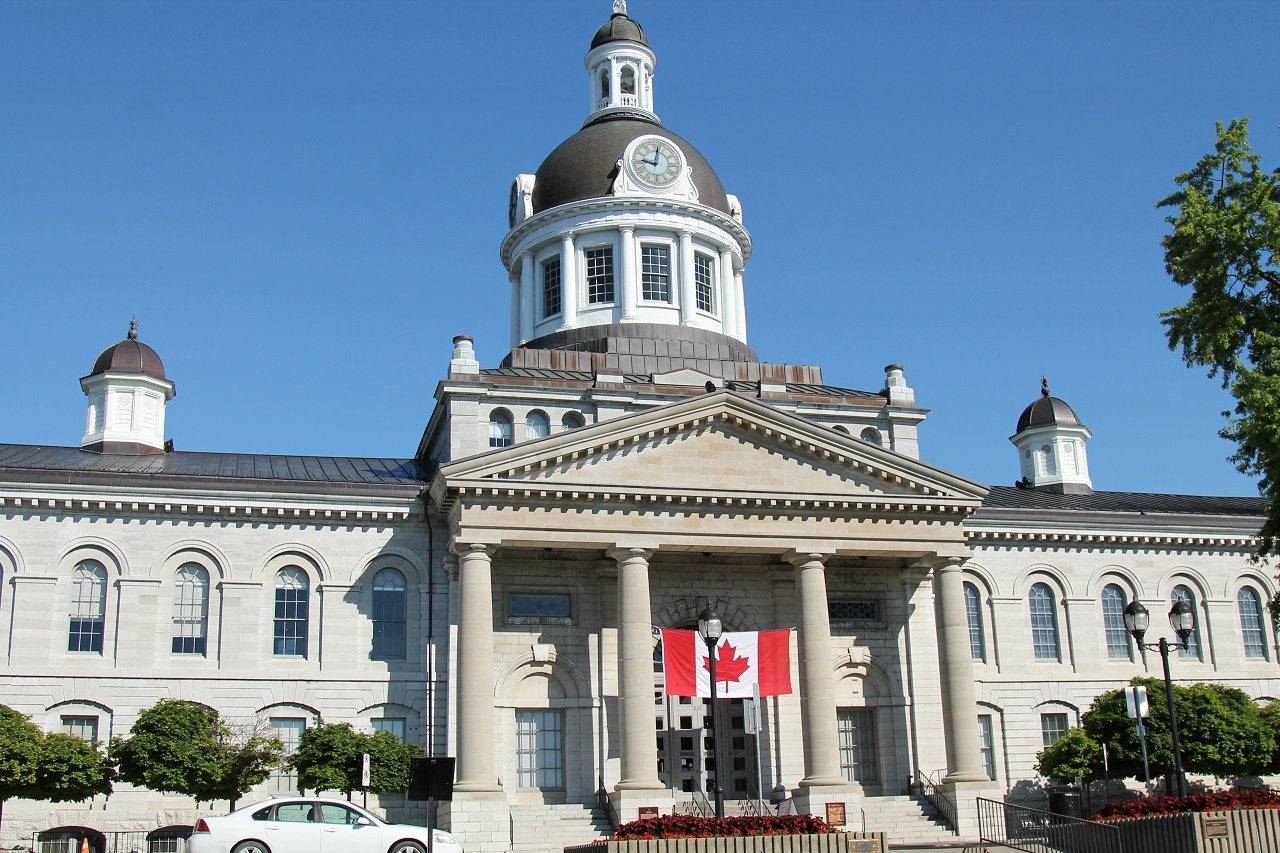 It appears the “Great Reset” or “Building Back Better” has become the mantra of many elected city councilors throughout Ontario and once again, it was evident in a motion just passed by the City of Kingston’s council.  Mary Rita Holland, a local Kingston councilor and current President of the Ontario NDP put forward a motion that was passed unanimously, asking the government to consider alternatives to fossil fuels. “This change is happening no matter what,” Holland said. “We’re asking the government to take other things into consideration other than cost. We can do both. In the long run, we can have clean energy at a reasonable cost.”

Ms. Holland or someone on council had arranged for Jack Gibbons, Chair of the Ontario Clean Air Alliance (OCAA), to come and brief council on the damage natural gas generation would create by reputedly increasing emissions from the electricity sector.  Gibbons has been making the rounds of municipalities endorsing the declaration.  Gibbons for some time has pushed the concept of obtaining power from Quebec but he fails to note Quebec’s peak demand for power is in the winter meaning Ontario is actually contracted to supply them with power in the event of their high demand.  Most households in Quebec heat with electricity so they could not be depended on to supply electricity to Ontario in the winter which is the 2nd highest demand time for the province but has occasionally seen winter demand higher than summer.  Quebec is contracted to supply Ontario in the summer when its peak demand generally occurs.  Terry Young, Interim President of IESO, Ontario’s system operator countered Gibbons presentation but was obviously unconvincing!

I would note charitable filings with the CRA for OCAA indicate gross revenue for the year ended September 30, 2019 was $134,997.00 so it’s unclear how they can afford to have three people on staff and five directors yet claim only $70,475.00 was spent on “professional and consulting fees” and nothing on compensation!  Perhaps the CRA should investigate but maybe that’s too much to hope for?

Interestingly enough OPG (an Ontario crown corporation) early last year completed the purchase (for approximately $2.87 billion) of two Ontario gas plants and half of a third plant in which it held a 50 per cent interest from TC Energy Corp. The purchase included the (originally planned) Oakville gas plant (now located in Napanee) which cost Ontario ratepayers and taxpayers $1 billion to move to Napanee during the era when Dalton McGuinty, former Leader of the Ontario Liberal Party, was Premier. As a matter of interest gas generation in Ontario in 2019 supplied 9.5 TWh (terawatt hours) or 6% of total generation.

It appears with Kingston now on board, twelve municipalities want Ontario’s ratepayers and taxpayers to once again pick up the costs to save us from increased emissions while China, India and other countries build hundreds of coal plants and increase their emissions! They should realize electricity costs have doubled in the province and at present Ontario’s taxpayers are saddled annually with $6.5 billion in costs in an effort by the Ford government to appear to have curtailed rising rates.

The foregoing appears to be an indication the politicians we frequently elect have no interest in the wellbeing of those who elected them.

This article is republished with permission.

Parker Gallant is a retired banker who now spends him time researching the energy sector, analyzing the sector’s approach to the production, transmission and distribution of electricity to Ontario’s consumers. Parker is a regular contributor to the Financial Post on matters related to the energy sector.