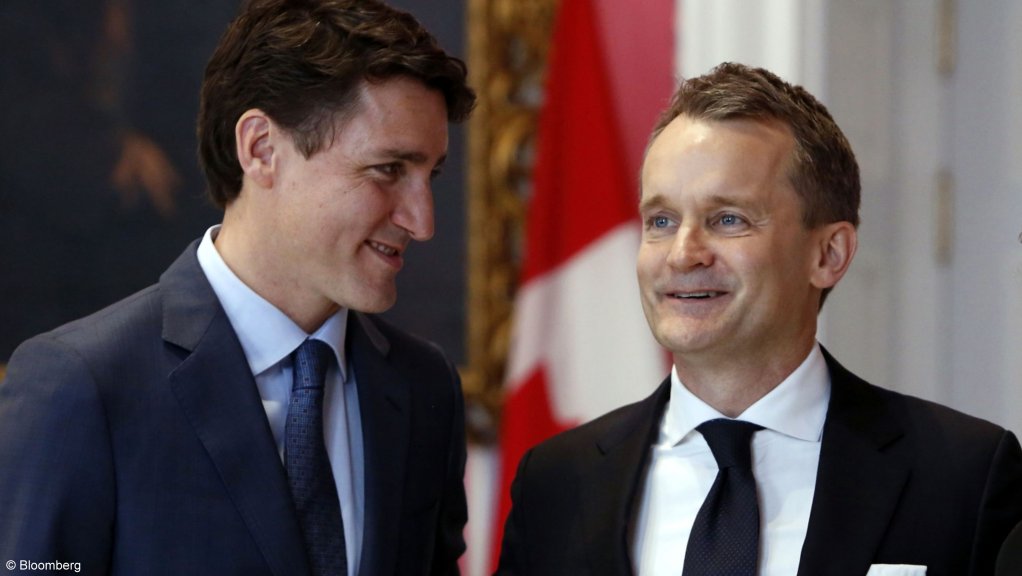 Last week we published an article about the unrealistic and destructive emission targets Canada agreed to under the Paris Agreement. This week, we will talk about the longer term emission target set by the government: net-zero by 2050.

“Net-zero by 2050” was first announced as a Liberal campaign promise during the 2019 fall election. It was promulgated by the Liberal/green dream team: Jonathan Wilkinson, Catherine McKenna, and Steven Guilbeault who – (be warned!) - are now the core members of a committee planning Canada’s green recovery post COVID-19.

Net-zero by 2050 means that in thirty years all the emissions produced in Canada will be either completely eliminated by replacing hydrocarbons with renewables or will be offset by so-called green fuels, tree-planting or buying carbon credits.

Wow. We’ll do a future piece on these numbers as it requires one. It is more complicated than a mere multiple – in fact it is much, much, more complicated because of how and where and when energy is used – but you get a sense of scale.

Net-zero is even whackier than Canada’s unachievable commitments under the Paris Agreement (lowering emissions by 30% below 2005 levels by 2030). As we pointed out in our blog post about the Paris Agreement, the 2030 goals are unattainable. So what does government do? It kicks the can down the road and sets an even more unachievable target.

What would getting to zero emissions in the next thirty years even look like?

Those power units (electricity) are mainly hydro, then nuclear, then hydrocarbons, then non-hydro renewables. You would have to get rid of the hydrocarbon power and replace it with something else. And you’d need to find another back-up for wind/solar because they use hydrocarbons as a backstop for when it isn’t windy or sunny.  But those hydrocarbon power units are the cheapest ones and often the most reliable ones out there. So you would be incurring significant new expense.

The heating/cooling units are overwhelmingly hydrocarbons (there is some electric heating/cooling in Canada but most is from things like natural gas. Hydrocarbons are incredibly cost effective as a source of heating – you would add hundreds of dollars a month to every homeowner’s bills and thousands to the monthly bills for industry to replace them. At a time when an incredible number of Canadians are within a few hundred dollars a month of not being able to pay their bills, this means driving people into poverty.

And then there is transportation. Electric cars are cool, but they are expensive. And they require a lot of very expensive infrastructure.  Oh, and they require power (which as noted above, is expensive). And electric cars are only a part of the transportation mix – what about trucks (of all sizes), and trains, and planes, and marine vehicles.  And by the way, the challenge of fueling them all is compounded by winter. How efficient is an electric bus in a Canadian city in January when it has to heat and power?

Making a full transition in thirty years would be miraculous under any circumstances – and then the green ideologues make it even crazier by talking about trying to achieve this end with wind and solar energy (as noted above, less than 1% of total energy production today).

The Liberal government wants to transition the entirety of modern life onto a new energy system, and all in the next thirty years. Government never does well designing things. And now they want to re-design everything. The bills will be ugly.

We all know that the Liberal’s favourite tool for achieving emission targets is the infamous carbon tax. Then there is the forthcoming “clean fuel standard” - a second carbon tax.

There are also subsidies for renewable energy and electric cars. Remember when a product of the Green Energy Act - Ontario’s Global Adjustment Fee - charged manufacturers thousands of extra dollars on their energy bills? Costs like that will continue to be passed down, as working to achieve net zero will depend on spending greater and greater amounts of taxpayer money.

In the midst of a global pandemic which is costing millions of Canadians their jobs, Seamus O’Regan, Minister of Natural Resources, called net-zero by 2050 this government’s “moon shot,” referencing President JF Kennedy’s work to put a man on the moon.

This “moon shot” means passing down higher costs on everything to Canadians struggling with job loss and a suffering economy. Yet another example of the Trudeau Liberal’s out of whack priorities.

Maybe this government's “moon shot” should be recovering Canada’s shredded economy. Perhaps it could be economically surviving this pandemic and getting Canadians back to work. Maybe it could be resurrecting our country's dying resource sector which our national economy depends on.

While net-zero by 2050 makes excellent fodder for speeches on global platforms, on the world’s most elite cocktail party circuit, it will only mean higher costs for Canadians.

The Trudeau Liberals are willing to spend as much of your money as necessary on the road to a zero emission utopia. Net-zero by 2050 will not create a new green economy in thirty years - that is impossible. It will only make life horrifically expensive in Canada.