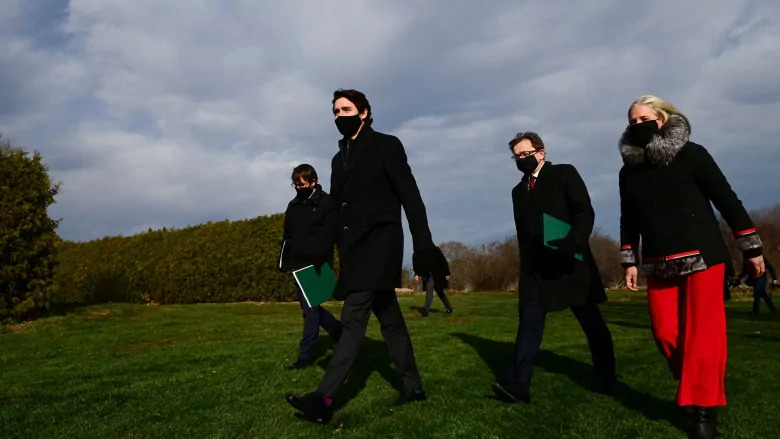 The Trudeau Liberals’ newly proposed “net-zero” legislation, also known as Bill C-12, An Act respecting transparency and accountability in Canada’s efforts to achieve net-zero greenhouse gas emissions by the year 2050, has just been introduced into Parliament.

We are hearing that billions of dollars will be required to achieve this goal. When you have spent $400 billion and have blown apart any sense of fiscal competency, what’s billions more?

Bill C-12 was announced by the green dream team of Environment Minister Jonathan Wilkinson, Infrastructure Minister Catherine McKenna, and Prime Minister Justin Trudeau. Wilkinson described the bill as a “key piece of the government’s overall plan to build back better as we emerge from the pandemic into a brighter, cleaner, and more prosperous future.”

Sounds like the green utopia that dreams are made of. It is, however, not a dream but a fiscal nightmare: dangerous and expensive.  It involves absurd targets, and the spending of billions and billions of your money.

The Trudeau government’s emission goals provide the intellectual, policy and fiscal framework for all of the emerging unaffordable, inefficient energy policies from Prime Minister Trudeau.

The PM is obsessed with setting emissions reduction targets, and now we see him bringing in 5-year plans – a throwback to the laughable Soviet-style “5-year plans” of another era.

It started with his backing of the previous government’s commitment to reduce emissions by 17% below 2020 emission levels. Canada is on track to miss that goal by 99.2%.

Next come Canada’s 2030 emissions reductions goals, as defined under Trudeau’s beloved Paris Agreement - to reduce national emissions by 30% below 2005 levels (through the carbon tax, Bill C-69, changing building codes, the soon to be Clean Fuel Standard, and more).

So even the Trudeau Government says Canada is on track to miss its 2030 targets by 15%-  a long shot. And that official projection is surely an exaggeration seeing as we have made zero gains in the last 15 years.

And now, Trudeau has us looking at a plan for net-zero by 2050. How will this be achieved? As Trudeau sees it, by spending billions and billions of dollars more – in other words with more debt built on your savings.

Net-zero is impossible without a massive shutdown of the economy.

The government has no qualms about expensive policies in the name of net-zero even as second lockdowns roll out across the country forcing businesses to close once again. They made that clear when they increased the carbon tax during the first lockdown. And they are making it clear again by moving forward with the Clean Fuel Standard  - which will result in an average annual loss of $440/year for each employed person on top of the current carbon tax.

While the new targets under Bill C-12 will be even more unachievable than the old ones, they will achieve one thing quickly: a higher and higher cost of living, and less and less affordable energy.