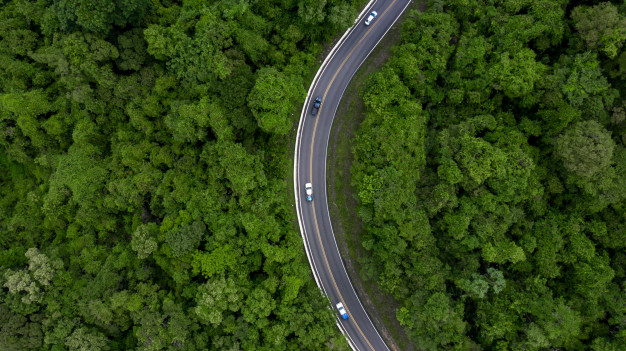 As I continue to offer comment on the whole Net Zero by 2050 discussion, I am starting with a series of pieces to lay some groundwork. My recent blog, Net Zero Part One: Defining the Terms explained the challenges with the language used by the “Net Zero” lobby.

Today’s blog digs a bit further on the problematic language behind the Net Zero by 2050 agenda.

The advocates of Net Zero by 2050 talk in very rosy terms about how they want to eliminate the bad practices. In particular, they say their plan is to de-carbonize society and thereby eliminate carbon dioxide pollution. Trudeau’s carbon taxes are all about achieving these ends. You have to pay more, but that’s necessary because Trudeau says we need to de-carbonize and eliminate carbon dioxide pollution.

But stop and think about that.

Trudeau and his ideological allies are twisting language here to advance their agenda. This is part of a trend of course – remember the Liberals don’t use the term tax when describing their carbon taxes, instead calling them by misleading terms such as “Clean Fuel Standard” or “CFS”.  It isn’t only a Trudeau trend either – Conservative Party leader Erin O’Toole has endorsed carbon taxes in his so-called climate plan but insists on calling them by other names. And so the trend continues in respect to terms like de-carbonization and carbon dioxide pollution.

First, remember from high school science that carbon is an abundant element and every living thing contains it. You can’t de-carbonize the world, nor should you want to: doing so would bring a very quick end to any life on the planet. That is enabling a bad outcome, not ending a bad practice. De-carbonization has become a term of common usage. But using it suggests you support an incoherent agenda. Reducing emissions is one thing and can have merit, but de-carbonization is incoherent.

Second (and still from high school science) remember that carbon dioxide is a molecule that is essential for life: plants thrive on it, we exhale it with every breath we have. CO2 levels swing up and down over centuries and  millennia and geologic cycles in ways we are only beginning to understand. We know human activity is producing a lot of CO2 right now, but the levels are well below what they have been in the past. And as societies become more affluent, they become more efficient in their use of resources and the CO2 levels per unit of human activity drop.

Moreover, we have observed in the last few decades a dramatic increase in global green vegetation cover. That makes sense. CO2 is food for plants – just go to a greenhouse and note how they try to heighten CO2 levels to improve growth rates – so more CO2 means more abundant forests, more productive farms, etc. This isn’t pollution: this is life.

But saying these things – obvious things I remind you, that we learned as adolescents – gets you into trouble these days. The Net Zero crowd wants to deny the obvious as a means to advance their green agenda.  It is easy to fall into the trap of using the language of “de-carbonization” or “carbon dioxide pollution” but both terms lead down a deceptive road that is inconsistent with the science we know, and ultimately leading to a more and more costly society.

Trudeau’s carbon taxes – as expensive as they are – are just a foretaste of what the misleading language around Net Zero really means: less affordable energy, higher food bills, and a higher cost of living.