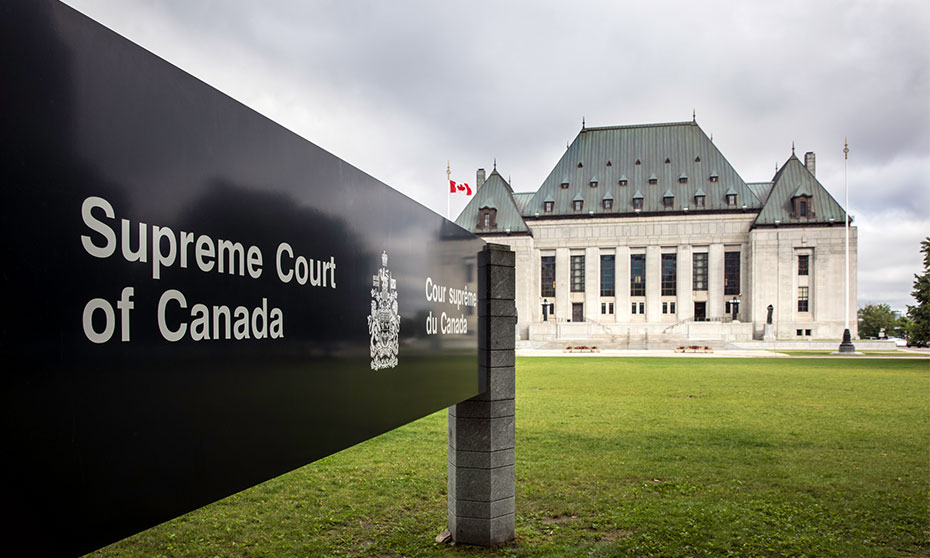 The Supreme Court of Canada ruled yesterday that the Government of Canada is fully within its jurisdiction to impose a carbon tax on provinces, even if the duly elected governments of those provinces oppose the imposition of such a tax.

Their rationale? The wisdom of Greta Thunberg.

Judges aren’t scientists. They aren’t climate experts. Yet in this case the judges have acted like they are both. I’m surprised they didn’t quote Greta directly with a “how dare you” statement. In effect that is what they have given us.

What the court did was declare that global warming – a term even environmentalists weren’t using this winter in the Northern hemisphere because we kept having cold snaps – causes harm beyond provincial boundaries. The Court rules that global warming is therefore a matter of national concern that allows the federal government to rely on its residual constitutional power, found in the “peace order and good government” clause of the constitution, to impose a tax on the provinces (or oblige them to have a comparable one of their own).

Now of course, sounding like Liberal Party propagandists, the justices said the carbon tax is not a tax. They in fact said the federal carbon tax has nothing to do with taxation, as understood constitutionally.

We’ve heard this one before. It might feel like a tax, look like a tax, and stink like a tax, but it isn’t a tax, it is a regulatory charge. Doesn’t that make you feel better as you watch the carbon tax climb (starting next week, in Ontario, Alberta, Saskatchewan and Manitoba) by big increments until it reaches $170/tonne?

As if that wasn’t enough, the Court felt compelled to go further. The majority noted that all the parties in the dispute – Saskatchewan, Ontario and British Columbia – agreed that climate change was real. And in a dramatic step into the world of policy, the court went so far as to say climate change is caused by greenhouse gas emissions resulting from human activity and it poses a grave threat to the future of humanity.  (hello Greta!!).

It’s along the lines of former US President Barack Obama’s famous tweet that ninety-seven percent of scientists agree that climate change is real, man-made and dangerous. That tweet, like the rhetoric of Greta, like the rationale for the decision of the Supreme Court of Canada, is, for the most part, without foundation.

For the most part.

As I have said before, no one disputes that climate change is real.

It is happening all the time.

What people do dispute (myself included) is the jump that is made from saying climate change is real, to saying that humankind is the overwhelming cause of it. And people (millions in fact) also dispute the claim that those causal human actions are very dangerous.

Today, daring to raise such disputes is tantamount to treason.

It prompts the ‘how dare you?’ rhetoric of Greta Thunberg and her well-funded environmentalist supporters.

It prompts the derisive criticisms of self-righteous ministers like federal Environment Minister Jonathan Wilkinson  that opponents of their radical green agenda are flat earth advocates.

It prompts the monstrous use of language of “denier” to anyone who asks why we don’t embrace traditional scientific self-doubt.

And now it will prompt the established interests to say “The Court says so”.

Any Canadian daring to dispute the conventional thinking have been cowed into submission by the shrieks of the alarmists.

And now those shrieks have been taken up as truth by the Supreme Court of Canada.

A majority of justices:

What these justices do is:

The Trudeau government has committed to a budget 25 months after the last one, is spending money at an unprecedented rate, is imposing a radical energy and environmental agenda of unprecedented scope and scale, compromising our sovereignty with ridiculous commitments to the Paris Accord and Net Zero by 2050.

And now Trudeau and co. have the sanction of the unelected judiciary.

Canadians will pay the price for all of this over time. Eventually, people will realize how bad a track we are on, how unnecessary and expensive it is, and how much it hurts the prospects for our children and grandchildren.

A change of government would offer an opportunity to reverse the impact here – if indeed such a change would elect a government opposed to carbon taxes. Time will tell.