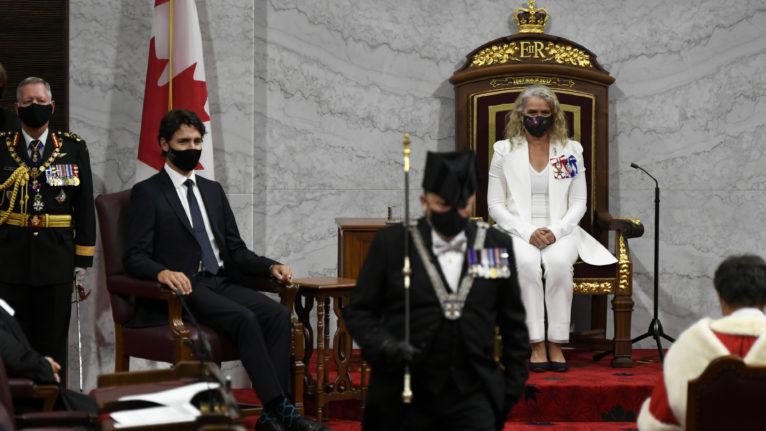 Did you catch Justin Trudeau’s “Green Recovery” Speech from the Throne?

Wait, you say. The slogan “Green Recovery” was completely absent. Didn’t hear it – not even once!

Correct. So it seems that the slogan “green recovery” obviously didn’t play well in the pre throne speech focus groups for the Trudeau Liberals. Even though this was the mantra for the last few months from the PM and many of his senior ministers. The term wasn’t used once in the remarks given by Her Excellency the Governor General. Indeed, the word “green” itself only appears once.

So much for the popularity of Trudeau’s fantasy marketing slogan!

But don’t be misled: there is lots of green spending as befits this bunch of green ideologues running our country. This green agenda is hidden behind great sounding ideas like energy efficiency retrofits, and clean tech support that will supposedly generate 1 million jobs.

This is even more ambitious than the 50,000 green jobs Dalton McGuinty, Kathleen Wynne and Gerry Butts promised with the spectacular failure known as the Ontario Green Energy Act. I guess because Canada is bigger the promises can be bigger.

But the failure will be bigger too: why? Because the fundamental need – to make life more affordable for Canadians - gets only the most passing reference in this government’s agenda, and the only aspect of energy affordability is in a promise to help retrofit your house, presumably with what?  Solar panels?

What is more important for Trudeau and the green ideologues is to continue to increase spending on wild ideas about alternative energy dreams that will dramatically raise energy costs, and the cost of everything else, because all other costs turn on energy costs.

And as for jobs, those are being lost by the day as companies scale back, shut down, or go elsewhere because they can’t compete in Canada.

Meanwhile, this government will continue to:

The PM assures us the government is there for us.

What that really means is he is prepared to continue to spend your money on his dream projects that will leave you hurting.

Remember, I used to be a Liberal MP – I know how quickly people in government lose sight of how what they do affects every day Canadians.

But this government is spectacularly disconnected. The massive spending going on today, combined with the growing burden being placed on business, is devastating our economy, but Trudeau and Co remain zealous in their commitment to green.

This doesn’t have to be the case. Canadians built an extraordinary country on the back of some basic fundamentals, the most fundamental of which is affordable energy. Government just needs to make that a priority – but the Throne Speech confirms this government just isn’t listening.