Who will tell Trudeau? 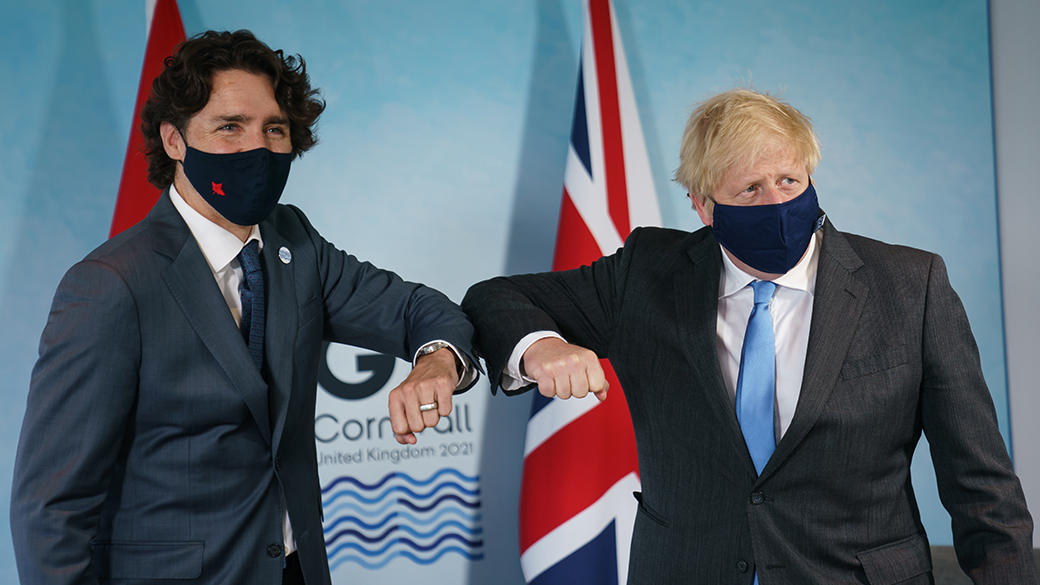 It seems that some segments of British society are voicing their opposition to the potentially disastrous consequences of committing to Net Zero emissions.

Nigel Lawson, former Chancellor of the Exchequer under Margaret Thatcher has written an open letter to UK Prime Minister Boris Johnson on behalf of The Global Warming Policy Forum, and, frankly, any thinking person.

Lawson congratulates the Prime Minister for delaying his government’s proposed ban on gas boilers until 2040, noting that it will save many households tens of thousands of dollars. However, Lawson  points out that the Conservative’s Net Zero commitment will be even more punishingly expensive.

He notes that, at the very least, every household will need to pay £7,000 to contribute to the modernization of the electrical grid. Further, if a family hopes to own a vehicle, they will be required to buy an electric one at least £10,000 (just over CAD$17,400) more than the price of a conventional automobile.

Lawson also criticizes the two organizations who seem to have the PM’s ear - the Committee on Climate Change (CCC) and the Department for Business Energy and Industrial Strategy (BEIS). He writes that the CCC and the BEIS’ estimates of the cost of achieving Net Zero are “highly implausible” due to how low they are. He points out that some of their predictions are already being proven wrong.

The CCC, he notes, refuses to publish its method for calculating their Net Zero cost estimate. This means no one can assess the credibility of their calculation - the public is to take it on blind faith that the CCC numbers make sense. In fact, Lawson says, the reality of the high price of heat pumps (six thousand pounds at the very least) has already proven that the CCCs claim that homes could be decarbonized at a “modest” cost is wrong - but still no one has their calculations.

Meanwhile, Lawson says, the BEIS is also being proven wrong daily, as the cost of offshore wind energy refuses to fall despite its predictions. This is also true of onshore wind energy. As wind’s portion of the energy mix grows (from under 5% in 2010 to over 20% in 2020), energy prices skyrocket.

Worst of all, Lawson and the Global Warming Policy Forum (GWPF) have estimated the cost of achieving Net Zero at two to three times the government’s estimate of 1.4 trillion pounds. This is an astronomical amount of money that will need to be paid by taxpayers - but no one is telling them that.

Lawson then provides Boris with an alternative to the current Net Zero proposals. The GWPF’s plan (which he supports) focuses on high efficiency gas generation, followed by a transition to nuclear energy which it claims will be more cost effective than “renewable” alternatives and not rely on rare metals such as lithium -  often sourced from countries with questionable environmental regulations and awful human rights records.

Great Britain’s Net Zero agenda is a case study for Canada. Net Zero will be shockingly expensive here too. Just how expensive remains uncertain, but it will certainly be in the billions and possibly even the trillions of dollars. As Lawson notes, renewable energy is not getting cheaper. It is getting more expensive and so, as its share in the energy mix grows, higher and higher costs will be passed on to energy consumers.

Naturally, all the other costs of the Net Zero transition will also be passed on to you and me. Some of this may be indirect, through higher sales or income taxes, which will be necessary to pay for the debt that Net Zero policies will inevitably accumulate. Other costs will be passed on to us directly, through carbon taxes at the gas pump and who knows where else? The toy store, perhaps? All that plastic comes from oil, after all.

Unfortunately, Canada doesn’t have a Nigel Lawson - certainly not in our opposition politicians like Erin O’Toole. There is no one holding our Prime Minister to account on climate alarmism, on the outrageous cost of the Net Zero transition, that he, of course, will never feel, but that will make life so much less affordable for Canadians still reeling from the economic costs of the Covid-19 pandemic. We wish we had similar voices here, holding our PM to task to stop punishing Canadians with more policies that make energy - and life in general - much less affordable.