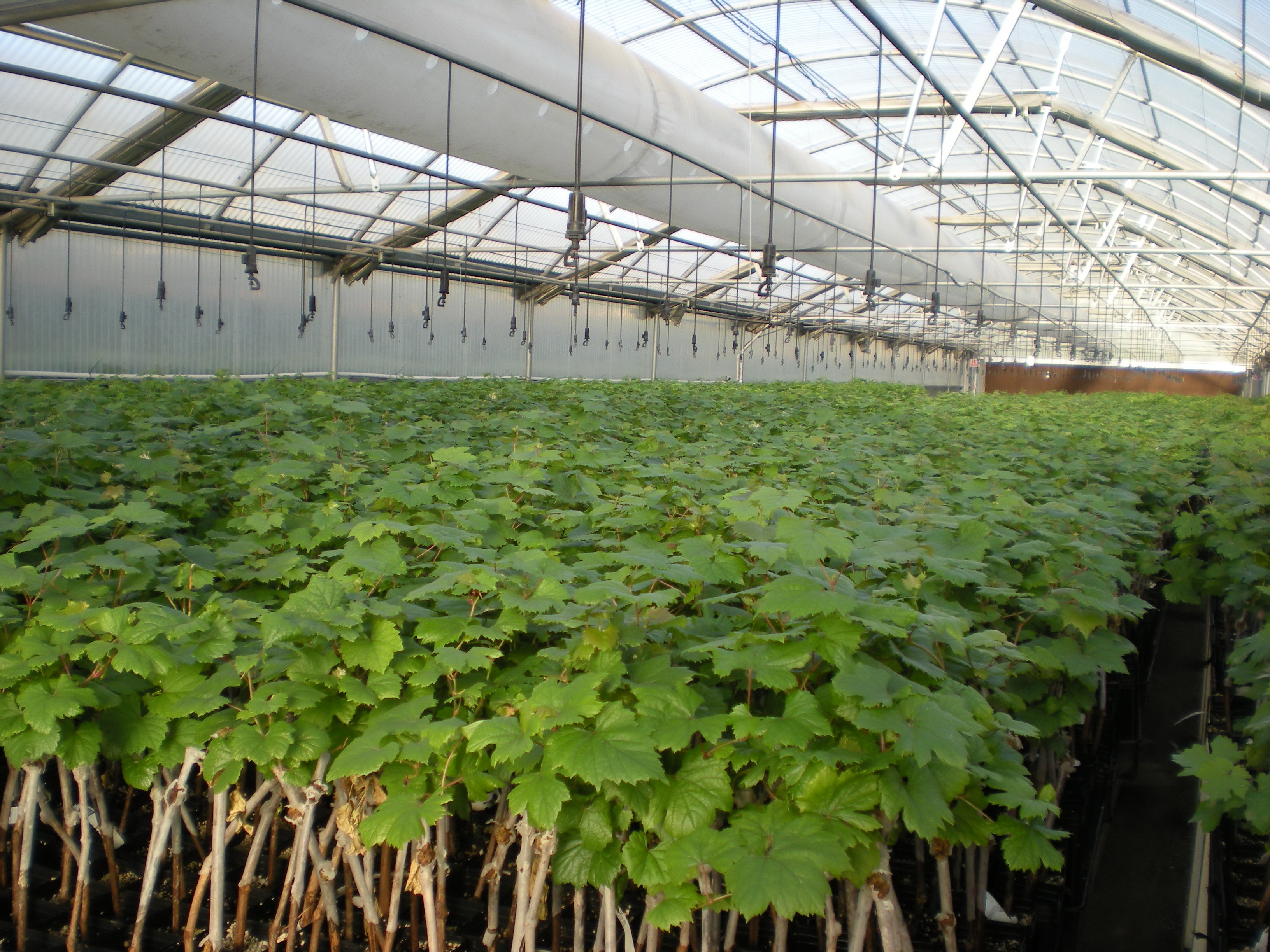 North America's largest association of credit unions has temporarily halted loans for all future pipeline projects, and will determine whether to make that decision permanent in September. However, the company is still committed to $145-million in funding for Kinder Morgan's controversial Trans Mountain pipeline project, which the Liberal government approved in November. - Huffington Post

Another premier’s Stampede breakfast, another rain cloud hovered over Rachel Notley as she spoke to reporters at McDougall Centre. Like last year’s event, the premier’s annual coffee-and-pancake gathering was marred by rain falling on Monday morning. But a different kind of cloud — low oil prices — also loomed over the breakfast, as benchmark West Texas Intermediate crude sank to US$43.65 a barrel in trading during the day, before closing at $44.40. Alberta has received a string of positive economic reports in recent weeks, from improving job numbers and rising retail sales to stronger housing starts. Yet slumping oil prices continue to rain on the NDP’s parade as it celebrates a third Stampede since taking power. - Calgary Herald

Oil prices continued to sputter ahead of an expected decision by the Bank of Canada on interest rates, potentially clouding recent suggestions that the economy has shaken off a prolonged downturn in commodity prices. Central bank officials have been signalling in recent months that the BoC could raise its benchmark interest rate as early as Wednesday, following improved economic data. But a sharp decline in oil prices threatens to raise borrowing costs in oil-rich provinces that are still reeling from the years-long downturn. Pressure builds on Bank of Canada to tackle house prices by raising interest rates. Analysts are mostly in agreement that the BoC will raise its benchmark rate this week, despite short-term commodity fluctuations that have hammered oil-dependent provinces like Alberta, Saskatchewan and Newfoundland. - Financial Post

Oil prices could soon fall below $40 a barrel if investors don't get a clear catalyst that prompts them to start buying the commodity, Goldman Sachs said on Tuesday. The investment bank believes oil prices will not rally until traders see at least one of two things: further intervention from OPEC or a consistent drop in both U.S. crude oil stockpiles and the number of rigs operating in American fields. "A failure for these shifts to materialize soon could push prices below $40/bbl as the market tests OPEC's and shale's reaction functions," Goldman analysts wrote in a research note. "Importantly, we wouldn't expect such a move to be volatile, as it is not driven by storage concerns like last year ... but the ongoing search for a new equilibrium." The bank last week revised its three-month price target on U.S. crude to $47.50 a barrel, down from an earlier forecast of $55 a barrel. - CNBC

Apple Inc said on Monday it will spend 6-billion Danish crowns ($921-million) on a new data center in Denmark, its second in the Nordic country to run entirely on renewable energy. Facebook in January also announced plans to build a data center in Denmark, only its third outside of the United States. Apple has pledged to back the Paris climate accord by switching to renewable energy and has recently issued a $1-billion green bond after the United States pulled out of the pact. Chief Executive Tim Cook was one of several CEOs who directly appealed to President Donald Trump to keep the United States in the pact before he made his decision. Apple said the data center would begin operations in the second quarter of 2019 in Aabenraa in southern Denmark near the German border. - Reuters

Global investment in energy fell for a second consecutive year in 2016, and an international watchdog is ringing alarm bells about future shortages of oil and electricity. Energy companies and investors last year plowed $1.7-trillion into fossil fuel exploration, new power plants, upgrades to the electric grid and all the other means of powering the world, the International Energy Agency reported on Tuesday. That marks a 12% drop from 2015, IEA said in its annual World Energy Investment report. The drop was largely driven by falling oil and gas spending during the second full year of a punishing crude price downturn, as well as falling investment in power generation, particularly from coal plants. - CNBC

Electricity investment overtakes oil and gas for the first time ever, IEA says

Fossils fuels are no longer the largest recipient of investment in the energy sector, the latest report from the International Energy Agency said Tuesday. Investment in the electricity sector received the largest level of investment for the first time ever, growing its share by 12 percentage points to 43% between 2014 and 2016. In comparison, over the same period, investments in upstream (exploration and production) oil and gas fell 44%. "The key finding is that (the) global energy industry spent last year 12% less than the previous year," Fatih Birol, executive director of the IEA, told CNBC on Tuesday. "A big decline," he described. According to the IEA, the global drop in energy investment was mainly caused by falling unit capital costs in upstream oil and gas but also due to reduced drilling and less fossil fuel-based power capacity. - CNBC

It should surprise no one to learn that Elon Musk, a master of promotion, is capturing worldwide media attention Friday for Tesla's selection as the winning bidder for a project to install "the world's largest grid-scale battery" in South Australia. On Twitter, Musk had made an attractive price estimate of $250/kw-hr for installations larger than 100 MWhr. He failed to state that the price likely does not include site specific engineering, site appropriate cooling systems or site specific grid connection infrastructure. With those additional installation investments, an estimate of $500-$600 per kilowatt-hour of storage is closer to reality. At a discharge rate of 100 MW, the battery will be totally depleted in less than 80 minutes. The South Australian government and Tesla have declined requests to provide details about the project’s cost. Musk admitted that Tesla could lose in excess of $50-million if it is unable to meet its promised deadline. - Forbes

Australians' love affair with SUVs, four-wheel drives and heavy utes could become history, with the government considering hardline carbon-emission rules so tough even today's Toyota Prius buyers would be penalised. Under standards slammed by car sellers as "unrealistic and ill-considered", the government plans to dramatically increase within eight years the cost of selling high-CO2 emitting petrol vehicles to help Australia meet its Paris climate change commitments. Almost every one of today's 10 most popular models – starting with the Toyota Hilux, Corolla, Hyundai i30 and Ford Ranger – would fall well afoul of the rules, which aim to slash the average national fleet emissions to the equivalent of 105gCO2/km from around 335gCO2/km in 2015. The Federal Chamber of Automotive Industries said after 18 months of talks with the government over the issue that it was "hugely disappointed" with the proposed standard. It would "severely impact on the work, utility and lifestyle options of Australian consumers" by adding thousands of dollars to the current price of common light commercial or medium-sized SUVs, the chamber said in a statement. - Australian Financial Review

The new boss of the Australian Energy Market Operator has increased the pressure on federal and state energy ministers to endorse the Finkel review so regulators and industry can get on with redesigning energy markets to encourage investments in capacity and demand management to maintain stability of power supply. Audrey Zibelman, the former chair of the New York state utility regulator who took over at AEMO in March, said falling costs of wind and solar power and battery storage meant that households and firms were adopting the technologies regardless of policy and policymakers needed a plan to manage the consequences, which include a more unstable grid, higher power prices for households and industry, and a spate of blackouts and shortages last summer. Ms. Zibelman said AEMO was already working with the Australian Energy Markets Commission, and the Australian Energy Regulator on the recommendations of the Finkel review. "One of the things I have heard in the last 100 days … is I think everyone in this industry wants to get past this moment to a point where energy isn't such an emotional issue," she said. - Australian Financial Review

Investments in electricity surpassed those in oil and gas for the first time ever in 2016 on a spending splurge on renewable energy and power grids as the fall in crude prices led to deep cuts, the International Energy Agency (IEA) said on Tuesday. Total energy investment fell for the second straight year by 12%, to $US1.7-trillion, compared with 2015, the IEA said. Oil and gas investments plunged 26% to $US650-billion, down by over a quarter in 2016, and electricity generation slipped 5%. "This decline [in energy investment] is attributed to two reasons," IEA chief economist Laszlo Varro said. "The reaction of the oil and gas industry to the prolonged period of low oil prices which was a period of harsh investment cuts; and technological progress which is reducing investment costs in both renewable power and in oil and gas," he said. Oil and gas investment is expected to rebound modestly by 3% in 2017, driven by a 53% upswing in US shale, and spending in Russia and the Middle East, the IEA said in a report. - Australian Financial Review