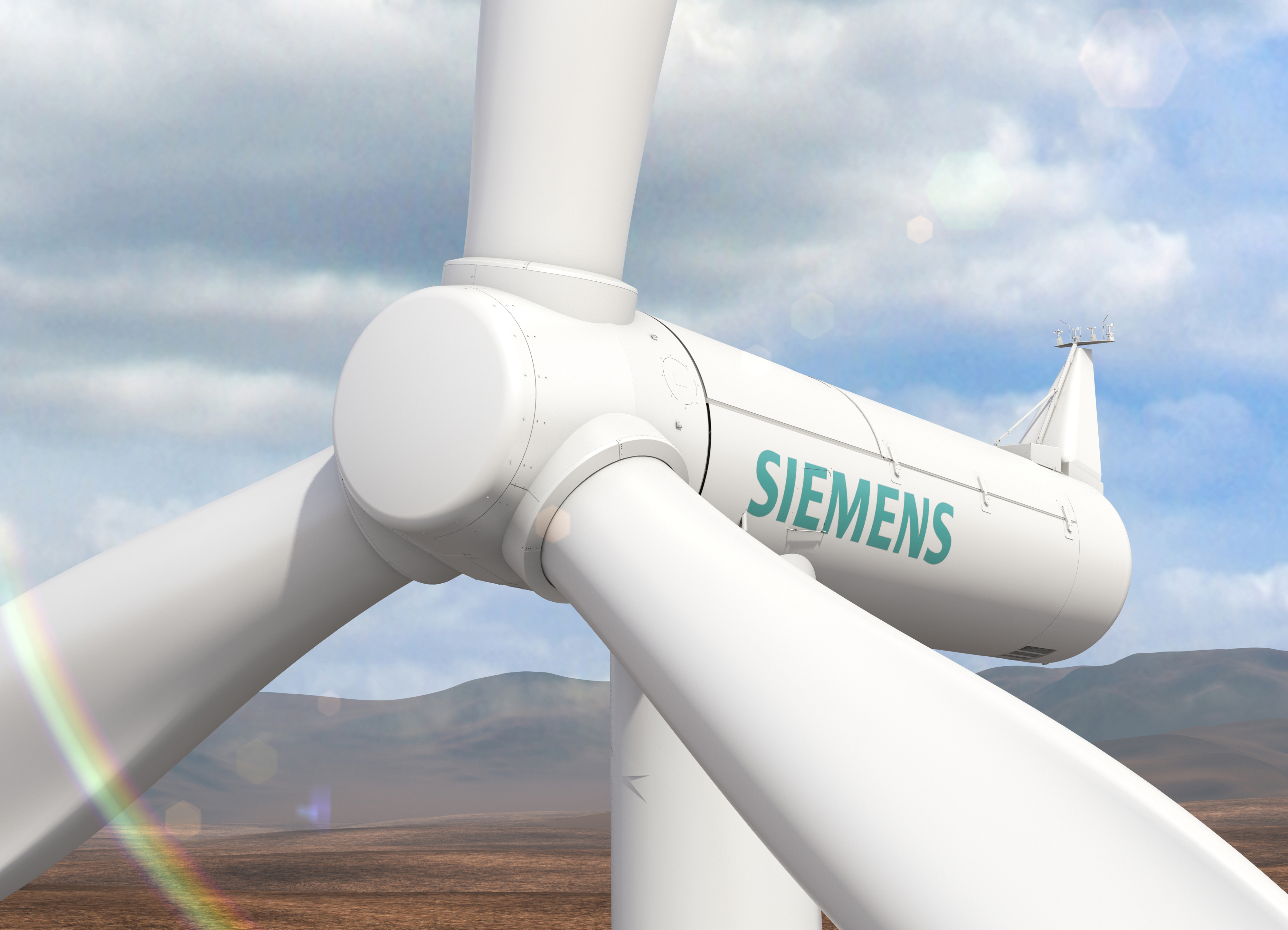 A wind-turbine-blade factory in southwestern Ontario that Siemens Canada Ltd. recently called “a key part of our global supply chain” will shut down early next year, leaving 340 employees in Tillsonburg, Ont. without work by early next year. More than 200 employees would lose their jobs immediately, the company said. Employees were called to an all-staff meeting Tuesday morning where company officials revealed the closure. In a press release, Siemens said the closure was forced by the “global wind market undergoing dramatic changes, presenting increased competition and cost pressures.” - Globe & Mail

The solar energy farm at Credit Union Place in Summerside is starting to take shape. About 90% of the 1,544 solar panels scheduled to be installed at the farm are now in place. The next phase of construction includes the carport section, which is a row of panels mounted high enough for vehicles to park under them. The is scheduled to start construction next week. All the solar panels are expected to be installed by mid-August. The second part of the project, an energy storage battery, is expected to be delivered and installed in early September. The battery, a Samsung SDI, is being built in China then shipped to Wisconsin, where it will be outfitted for its intended purpose before it is transported to Summerside. The city pays more than $380,000 annually to power Credit Union Place and the battery and solar panels are expected to save taxpayers a little more than $100,000 annually. - Chronicle Herald

Last week, Southern Company and Mississippi Power announced that they would be turning their clean coal power plant project into a natural gas power plant. After 7 years, the State of Mississippi decided to cut off the coal part and turn the plant into a natural gas power plant. The company's Kemper County Power Plant in rural Mississippi was the largest clean coal project in the U.S. and embodied the hope that coal could become a major part of the energy mix. The plant was designed as a gasification plant, turning the dirtiest of coal into syngas (mostly hydrogen). The Department of Energy kicked in $382-million in grants, and in 2014, the state legislated that $800-million of Kemper costs be passed on to ratepayers. So, when Mississippi Power asked regulators for permission to charge customers even more to cover new costs, the state’s Public Service Commission said no. Instead, the Commission ordered the facility to use only natural gas, unless they wanted to finance it themselves, thus ending the clean coal aspect of Kemper. - Forbes

Oil production from several U.S. shale regions is expected to keep on rising in August, the U.S. Energy Information Administration forecast on Monday. The EIA's latest drilling productivity report projects that drillers operating the nation's shale oil fields will increase production by 113,000 barrels a day next month. Total output from these areas is expected to reach 5.59 million barrels a day in August. July's report marks the fifth straight month the agency's growth forecast came in above 100,000 barrels a day. The forecast is the latest sign that U.S. drillers continue to pump more even as benchmark U.S. West Texas Intermediate crude futures remain stuck in a range below $50 barrel. - CNBC

On energy, business gets on with it, politics not so much

The combination of advances in technology, changes in consumer demand and the power of global trends always overwhelms a domestic political impasse – eventually. That is what is quietly happening in Australian energy policy. Not that the political brawling that has dominated national energy politics for years has produced anything like optimal market outcomes. It has already created all sorts of extra financial risks and delays in further investment in new energy generation. It is also exacerbating the sharp rises in the price of power that are so damaging to Australian households and businesses. That is why the power industry is keen for the Liberals to negotiate some version of a clean energy target as recommended by the Finkel report. It is also why there is general relief that at least the states and federal government could agree last Friday on the other 49 Finkel recommendations, largely technical and regulatory, in order to improve reliability and supply. Almost anything seems better than current arrangements. - Australian Financial Review

Origin Energy chief executive Frank Calabria has backed the full set of Finkel review of energy recommendations - including the Clean Energy Target - as Nationals leader Barnaby Joyce said the junior coalition party would only back the CET if it included coal power. Labor leader Bill Shorten pledged to work with the Turnbull government to implement the Clean Energy Target, leaving the government split and isolated from the other main parties, business and regulators. Mr. Shorten said Labor would look at new coal plants if it made economic and environmental sense but he urged Prime Minister Malcolm Turnbull to "persuade his colleagues to put the future first" and "meet in the middle" to pass the entire Finkel plan. Mr. Calabria said Origin had committed to build 1200 megawatts of wind and solar power over the past 12 months as the cost of the technologies continued to fall, and that Origin backed Chief Scientist Alan Finkel's energy security plan with the right "settings". - Australian Financial Review

Electricity prices hit business, with many on wrong tariffs

Hunter businesses are being hit with electricity price rises of up to 42%, an energy analyst says. Bruce Hodgkinson, who runs the Newcastle-based company The Power Bill Doctor, met on Monday with Rany Vy –  who owns takeaways at Gateshead and Valentine. Mr. Hodgkinson said her bills had risen 28% and 42% respectively. Ms. Vy said it was hard to afford the rises and difficult to pass them on to consumers. Mr. Hodgkinson said price rises were “out of control” and retailers were gouging customers. “State and federal governments are equally to blame. The only way now to save yourself is to understand how you use your electricity, work out where you’re wasting it, stop the waste and reduce your consumption,” he said. He called for regulators to intervene on power prices, saying “this is just the tip of the iceberg.” - Newcastle Herald

Oil Search and its partners ExxonMobil and French giant Total are pushing to have their new plan for the expansion of LNG production in Papua New Guinea ready for October, when the new PNG government should be in place. Oil Search said on Tuesday that Exxon, which operates the PNG LNG project and the P'nyang field, and Total, which operates the Elk-Antelop project, examined "various development concepts for the Elk-Antelope and P'nyang gas fields" during the June quarter, where Oil Search's production slipped slightly due to programmed maintenance that shut down its two production facilities for 17 days. "Oil Search believes the most likely development is based on the construction of two LNG expansion trains at the PNG LNG Project plant site, thereby utilising existing downstream infrastructure, using the existing gas resources in the Elk-Antelope and P'nyang fields," Oil Search chief executive Peter Botten said. - Australian Financial Review

The “peak demand” hypothesis is the idea that demand for oil will peak as alternatives to oil become widespread. Norway’s experience is perhaps instructive. In response to generous incentives and some of the highest gasoline prices in the world, Norway’s electric vehicle (EV) sales have grown at the fastest rate of any country in the world, an average annual growth rate of 90% over the last 7 years. Given Norway’s leading position in this space, we can gain some insights by examining the impact of EV sales on the country’s oil demand. In 2005, there were 167 electric vehicles on Norway’s roads. By 2015, that number had exploded to just under 40,000. Yet according to the 2017 BP Statistical Review of World Energy, Norway’s oil consumption in 2015 was 6% higher than it was in 2005. Further, in 2016 when Norway’s EV sales eclipsed 50,000 vehicles and reached a 5% market share, oil demand rose again to within 0.7% of its all-time high mark set in 2013. - Forbes