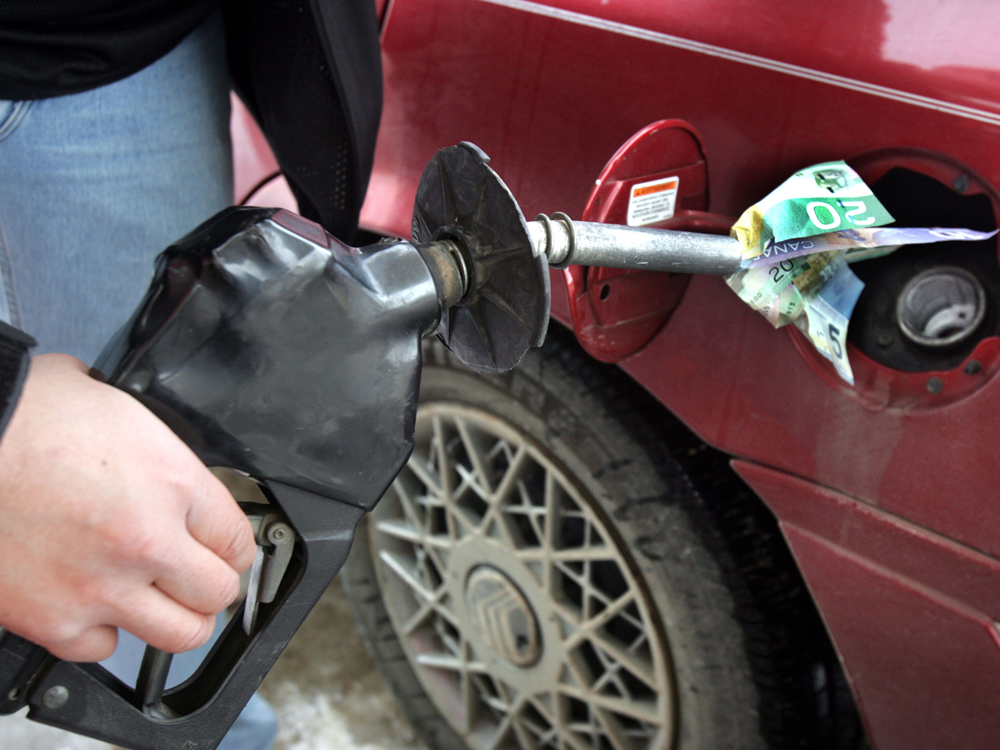 While Prime Minister Justin Trudeau’s government gets set to force a federal carbon tax on all of Canada’s provinces and territories, taxpayers across the country deserve to know what happened in the country’s carbon-tax test case, British Columbia. The Trojan horse of the carbon tax was wheeled into the B.C. public square in 2008 with the government’s promise that it would somehow cost average people nothing and would be “revenue neutral.” But, that turned out to be a cautionary tale for the ages. It was touted as a magical formula that would somehow protect the environment and lower taxes all at once. “Revenue neutral” they all sang. The current B.C. government has dropped the term “revenue neutral” altogether and now calls the carbon tax a “tool.” Before the charade was abandoned entirely, this is what “revenue neutral” meant for the B.C. carbon tax: In 2016-17 the provincial government raked in $1.2-billion from the carbon tax from taxpayers. Then, the government scraped together 17 sundry tax credits and stuffed them into the carbon-tax frame, making the tax sum balance out to zero. Abracadabra: “revenue neutral.” That’s all it meant. - National Post

Saskatchewan's opposition to a federally imposed carbon tax has reached the courts. On Wednesday, the government submitted a reference case to the Saskatchewan Court of Appeal to see if the federal carbon tax is unconstitutional. The government is asking the province's highest court to answer a question: "The Greenhouse Gas Pollution Pricing Act was introduced into Parliament on March 28, 2018, as Part 5 of Bill C-74. If enacted, will this Act be unconstitutional in whole or in part?" The province said it believes carbon dioxide emissions fall under provincial and not federal jurisdiction. "We believe that this is in our constitutional jurisdiction," countered federal Natural Resources Minister Jim Carr on Wednesday. "This is going to be an effort that is expensive and, worse, risky," Saskatchewan NDP Leader Ryan Meili said of the court action. - CBC News

United Conservative Party Leader Jason Kenney says his party is applying for intervener status to support the Government of Saskatchewan's constitutional challenge against the federal carbon tax. Kenney said the levy will cost consumers across Canada billions of dollars and called on Alberta Premier Rachel Notley to stand up against the tax as well. "This is all economic pain and no environmental gain," Kenney said. "We'd be going to court to defend the interests of our economy and our taxpayers.… We believe that it is an unconstitutional intrusion of the federal government into provincial jurisdiction." Saskatchewan's government has said it believes carbon dioxide emissions fall under provincial and not federal jurisdiction. Last fall, Manitoba sought a legal opinion to see if it would win a court challenge, but after receiving the opinion decided to sign the federal framework. The federal plan sets the starting price at $10 per tonne of carbon dioxide emissions in 2018, increasing to $50 per tonne in 2022. - CBC News

The total cost of a carbon tax across Canada will be $35-billion per year, according to a leading expert in the field. While a recent Parliamentary Budget Officer report stated that a $50 per tonne federal carbon – the mandated price by 2022 – will end up costing the economy $10-billion per year, that’s the eventual negative hit to the economy after certain rebates are applied. It’s not the raw cost charged on emissions. Canada currently emits approximately 700 million tonnes of emissions annually. A price of $50 per tonne placed on these emissions comes to $35-billion. It’s a basic calculation that’s hidden in plain sight but practically never cited in reports and rarely brought up in the national discussion currently underway about the pros and cons of Prime Minister Justin Trudeau’s carbon tax. This figure was explained by Christopher Ragan, an economics professor at McGill University, on the SiriusXM Canada program National Post Radio. Ragan is also chair of Canada’s Ecofiscal Commission, the leading independent policy group in the country that researches and advocates carbon pricing. - Toronto Sun

A much higher carbon tax and a limit on foreign-owned housing are among the items being pushed by some Manitoba New Democrats for consideration at the party’s annual convention. The party’s Wolseley constituency association in Winnipeg says research shows that a carbon tax of US$240 per tonne would do more to persuade people to reduce consumption of fossil fuels. That’s about 10 times higher than the tax being brought in by Manitoba’s Progressive Conservative government. Another constituency association wants the government to explore limits on foreign ownership of housing and land to keep prices from rising. The ideas are among several dozen resolutions on the agenda for the NDP convention that starts May 4. There is no guarantee the resolutions will be debated because only a small number make it to the convention floor in the limited time set aside for debate during the three-day meeting. - National Post

The chief executive of the Alberta Balancing Pool has suddenly left the organization. And the electricity industry’s watchdog, the Market Surveillance Administrator (MSA), is still searching for a permanent head, seven months after the previous one left. Now, the official Opposition wants Alberta’s auditor general to delve into the province’s ongoing electricity issues. United Conservative Party MLAs want the AG’s office to conduct an audit and tally up the total cost of the NDP’s decisions to phase out coal-fired power plants, subsidize consumer power bills and shoulder financial losses inside the Balancing Pool. These events – along with legislation introduced last week to prepare Alberta for a new capacity market in electricity – give the impression a whirlwind has touched down in the power sector. - Calgary Herald

The federal Liberal government found itself taking fire over the stalled Trans Mountain pipeline expansion from opposite flanks Wednesday: accused of helping to finance pipeline protesters on the one hand, and rigging the review system in favour of the project on the other. Conservative Leader Andrew Scheer led off question period with the revelation that one of the successful applicants to the government’s Canada Summer Jobs program is a B.C. group looking to hire someone “to help … stop the Kinder Morgan pipeline and tanker project.” “Does he not realize that he is funding the very groups that are protesting against the project that is in the national interest?” Scheer demanded. “We are talking about taking tax dollars from people who are out of work in the energy sector and giving it to people who are trying to block a project in the national interest.” - Calgary Herald

The world risks a full-blown oil shock within months as three geostrategic crises come to the boil and Saudi Arabia hints at US$100 crude, setting off a speculative scramble by commodity hedge funds. Brent crude has surged this week to a 40-month high of almost US$75 a barrel even though the global economy is losing momentum. This price spike is different from earlier China-driven episodes over the past 15 years. It reflects a constriction of supply and a rising “political premium.” Such a context makes it more threatening. It is now highly likely that Donald Trump will reinstate oil sanctions against Iran on May 12, this time adding extra curbs on distillates. Japan and South Korea will almost certainly join the Americans. Most European firms will fall into line whatever the policy of their own governments since it is dangerous to defy the U.S. Treasury. Most insurers and shippers will steer clear of Iranian cargoes. - Financial Post

Subsidies for many energy categories from the U.S. federal government declined since the fiscal year (FY) of 2013 through 2016, the U.S. Energy Information Administration (EIA) said Wednesday. According to EIA's newly updated data, between fiscal years 2013 and 2016, direct federal financial interventions and subsidies in energy markets decreased by nearly half, from US$29.3-billion in FY 2013 to US$15-billion in FY 2016. EIA's report focused on direct financial interventions by the federal government that provide financial benefits with identifiable federal budget impacts and are specifically targeted at energy markets. EIA figures showed that between FY 2013 and FY 2016, the share of direct expenditures as part of total financial interventions and subsidies declined from 46% to 31%. This shift reflected decreasing direct expenditures for renewable electricity. - Global Times

AGL Energy has brought forward a commitment to building a $400-million gas power plant in Newcastle amid intense pressure from the federal government over its determination to close its Liddell coal plant in 2022. The move represents the retailing major's biggest investment so far to replace the generation capacity to be lost at the 1680 megawatt Liddell plant, for which AGL rival Alinta Energy is preparing to bid. It comes after federal Energy Minister Josh Frydenberg last month criticized AGL for only committing so far to a small proportion of the capacity needed to head off a feared repeat of the surge in wholesale electricity prices seen after the closure of the giant Hazelwood generator last March. - Australian Financial Review