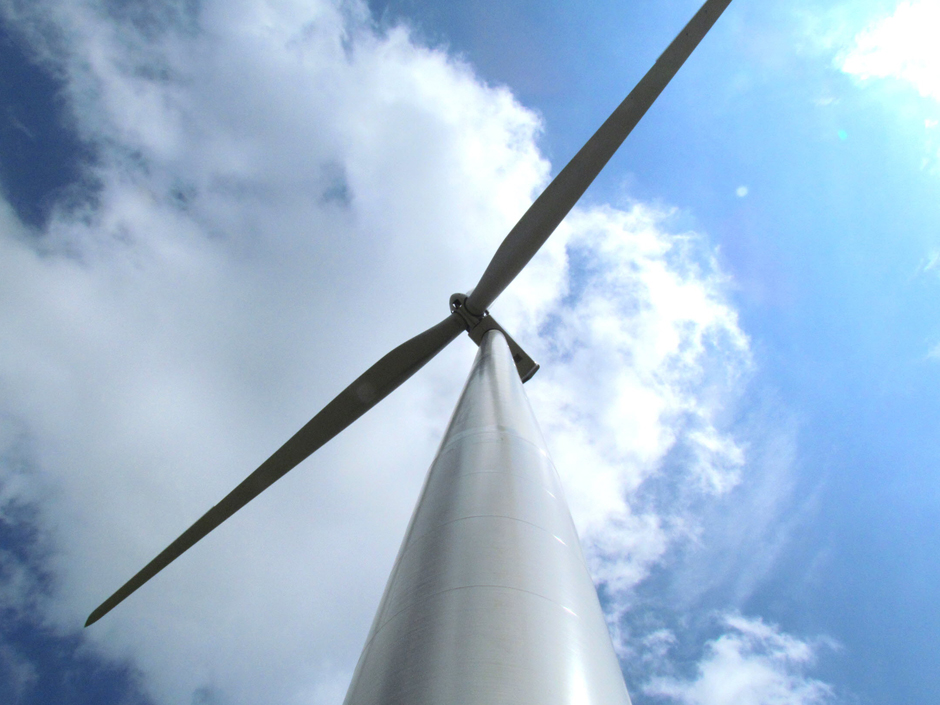 You know Canadian competitiveness is in big trouble when even investors in renewable energy – favoured by Canadian governments through subsidies, plus carbon taxes and regulatory overload on competing fossil-fuel energy – are leaving because they like lower U.S. taxes even more. Juno Beach, Fla.-based NextEra Energy Partners LP said Monday the sale of its wind and solar generation assets in Ontario to the Canada Pension Plan Investment Board for US$582.3-million was specifically motivated by U.S. tax reform. “We expect the sale of the Canadian portfolio to enable us to recycle capital back into U.S. assets, which benefit from a longer federal income tax shield and a lower effective corporate tax rate, allowing NextEra Energy Partners to retain more … in the future for every $1 invested,” Jim Robo, chairman and chief executive officer, said in a statement. - Financial Post

The Liberal government’s Impact Assessment Act is getting harsh reviews from resource-industry executives, including a warning that the legislation would make it virtually impossible to build oil and gas pipelines in Canada. Liberal ministers argue the legislation will restore Canadians’ trust in the regulatory process under which major resources projects are assessed and will ensure good projects are approved and built in a timely manner. Bill C-69 is currently being reviewed by the House of Commons environment committee, and industry witnesses have come with a litany of concerns. They point to the broad and ill-defined nature of the bill’s “sustainability” test under which regulators will not only assess environmental issues but broader social concerns such as Indigenous reconciliation and gender impacts. - Globe and Mail

The price of gas in British Columbia will continue pushing to record highs as a new carbon tax and a seasonal change exacerbate a “chronic shortage,” according to a leading expert. GasBuddy.com analyst Dan McTeague is calling for gas prices in Metro Vancouver to top the current $1.57 per litre record, reaching $1.61 per litre near the end of next week. Starting Sunday, the first of four annual increases to the province’s carbon tax will add another 1.22 cents to the cost of a litre of gas. B.C. Premier John Horgan said he doesn’t believe drivers will “begrudge that penny,” knowing it’s been earmarked to fund green initiatives. - CTV News

The cost of filling up your vehicle's tank is at a two-year high, as gasoline prices as high as 118.9 cents a litre in Regina and 116.9 cents a litre in Saskatoon have been reported, according to tracking site GasBuddy.com. The average price of a litre was hovering around $1.17 in both Regina and Saskatoon Monday morning. - CBC News

The spokesperson for a gaggle of eco-friendly, sustainable-energy types had a counter-intuitive message for B.C. NDP Premier John Horgan. Support the damn oil pipeline. Horgan's obstinance risks increasing the odds Alberta will elect United Conservative Party leader Jason Kenney, who has sworn a solemn oath to cut the carbon tax, should he be elected. - CBC News

Saskatchewan issues threat of its own to B.C. as Trans Mountain pipeline battle escalates — Geoffrey Morgan

Saskatchewan entered the trade war between Alberta and British Columbia, telling the coastal province Thursday it will consider limits on its out-of-province oil shipments if B.C. continues its efforts to delay the $7.4-billion Trans Mountain pipeline expansion project. “We are giving warning to say we will do what it takes to ensure that this Trans Mountain pipeline that was approved by the federal government is built,” Saskatchewan Premier Scott Moe said in an interview. Saskatchewan likely won’t be shipping oil on the proposed pipeline between Alberta and B.C. but is hurt by the project’s delay because the discount to Canadian oil relative to U.S. crude is costing the Saskatchewan government $150-million per year, Moe said. The pipeline is expected to reduce that discount. - Saskatoon Star Phoenix

As of 2021, Alberta will be subject to a new federally imposed carbon tax. Based on the plans for our current carbon tax – which may or may not survive the next election – it would mean a jump from $30-per tonne to $40-per tonne, thus increasing the government’s overall revenue haul. The proposals for how to deal with this situation could not be more different, yet no one is making the case for the simple and obvious solution. What no one is proposing, unfortunately, is to leave the federal carbon tax in place and lower other taxes. That solves the problem of having a meaningful policy to address emissions and does so in the simplest and most efficient way. It also ensures that Alberta taxpayers – and the Alberta economy – do not suffer unduly from an increased tax burden. - Calgary Herald

The Washington power company Hydro One is buying will be ready to close its huge coal-fired generating station ahead of schedule, thanks to conditions put on the corporate merger by state regulators there. Not that we actually plan to do that, the company is telling other regulators in Montana, where the huge coal-fired generating station in question employs hundreds of people. - Ottawa Citizen

The Alberta Energy Regulator (AER) says it has suspended the licences of an oil and gas producer after no one answered its 1-800 emergency phone line when one of its hydrocarbon handling facilities appeared to be leaking. In a notice on its website, the regulator says it has yanked licences for nearly 30 wells, a similar number of pipeline segments and four facilities from Insch Commodity Ltd., a Warburg, Alta.-based company. It says the apparent leak was reported in an anonymous call to the Drayton Valley, Alta., office of the AER on March 13. An AER inspector visited the site west of Edmonton on March 20 and observed hydrocarbon pooling on soil and vegetation which potentially could migrate into a nearby waterbody. The inspector called the emergency number on a sign on the site and no one answered. - Winnipeg Free Press

Environmental Protection Agency Administrator Scott Pruitt announced Monday that he would revoke Obama-era standards requiring cars and light trucks sold in the United States to average more than 50 miles per gallon by 2025, a move that could change the composition of the nation’s auto fleet for years. The push to rewrite the first-ever carbon limits on cars and SUVs, which came out of an agreement among federal officials, automakers and the state of California, is sure to spark a major political and legal battle. California has authority under the Clean Air Act to set its own emissions limits, and it has threatened to sue if its waiver is revoked and it is blocked from imposing stricter targets. - National Post

American energy dominance isn’t just a catchy slogan. It is here and has distinctly been made possible by Texans. Texas leads the nation in oil and natural gas production, pipeline miles and refining capacity, all of which bolster our nation’s energy security. America’s position as a global energy leader – and Texas’ contribution to maintaining that position – are directly impacted by federal policies like trade agreements and tariffs. Federal initiatives like tax reform and a renewed commitment to science-based regulations encourage expanded oil and natural gas investments and create good jobs for Texans. However, a recent decision to impose federal tariffs on imported steel and aluminum is a step in the wrong direction as we work to cement our energy security and economic growth. Tariffs on imported steel and aluminum will increase costs and threaten jobs across the entire oil and natural gas sector. Increasing line pipe costs by 25%, for example, would add $76-million to a typical pipeline project, according to the Association of Oil Pipe Lines. Bigger pipeline projects could cost as much as $300-million more. - Brownsville Herald

The Trump administration’s commitment to coal is under its stiffest test yet after an Ohio energy company made a plea to favour that power source over its many rivals, including oil and natural gas, in a clash that could end with higher costs for consumers. FirstEnergy Corp.’s fleet of coal- and nuclear-power plants filed for bankruptcy over the weekend, just days after the company asked the federal government for an emergency declaration that would keep many of them open. That forces President Donald Trump’s Energy Department into a decision on whether to intervene under a lightly used, 83-year-old law and compel the nation’s largest electric-grid operator to dispatch power from FirstEnergy’s coal and nuclear plants effectively before any other. Mr. Trump has been one of the coal industry’s biggest boosters, campaigning on reviving a downtrodden industry, and his administration has voiced support for nuclear, too. - Wall Street Journal

President Donald Trump is seriously considering abandoning efforts to remake the nation’s biofuel laws after wading deep into an issue that divides some of his core constituencies, according to three sources familiar with the administration’s thinking. Advisers have urged Trump to instead let Congress tackle the biofuel reforms, but use the threat of administrative action to help rival lawmakers come together and solve the intractable issue. The U.S. Renewable Fuel Standard (RFS) has created reliable demand for corn farmers in the nation’s heartland, but merchant refiners like Valero Energy Corp say the costs to comply with the program have taken a huge financial toll. - Reuters

Victoria will experience significant gas shortages within three years unless additional supply is brought online, which could have flow-on effects for the whole National Electricity Market, according to a new report by the Australian Energy Market Operator (AEMO). The report – which mirrors similar concerns about New South Wales' gas supplies and prompted Prime Minister Malcolm Turnbull last year to declare a national energy crisis – will put more pressure on the Andrews Labour government to lift its moratorium on onshore gas exploration in Victoria. The moratorium has been heavily criticized by industry and federal Energy Minister Josh Frydenberg. The AEMO report to be released on Thursday found that, despite falling gas consumption in the state, Victoria was on track to have a shortfall of up to 36 terajoules on a very cold winter day in 2021, increasing to a 220 shortfall on a severe winter day in 2022 and a 109 terajoule shortfall on similar days after that. - Australian Financial Review

Bahrain, the smallest energy producer in the Persian Gulf, discovered its biggest oil field since it started producing crude in 1932, according to the country's official news agency. The shale oil and natural gas discovered in a deposit off the island state's west coast "is understood to dwarf Bahrain's current reserves," Bahrain News Agency reported, without giving figures. The country currently pumps about 45,000 barrels of oil a day from its Bahrain Field, and it shares income from a deposit with Saudi Arabia that produces about 300,000 barrels a day, according to figures from the U.S. Energy Information Administration. - Australian Financial Review