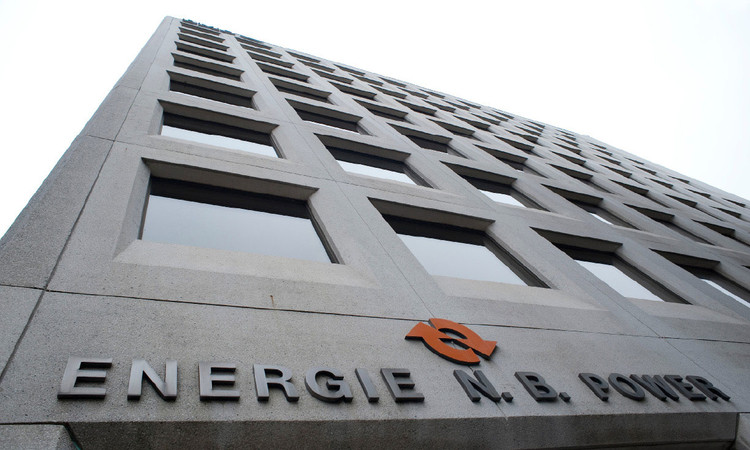 The federal Liberal government estimates that its own plan to phase out coal-fired power plants will cost residential ratepayers in New Brunswick more than anywhere else in the country. It will add an extra 12.3% to residential power bills – a $184 increase the average annual electricity bill – according to a newly released impact analysis completed by Environment and Climate Change Canada. The Maritimes will be hit the hardest, as the federal government has announced regulations to phase out the use of traditional coal-fired electricity by 2030 as part of its efforts to reduce greenhouse gas emissions and mitigate the impact of climate change. New Brunswick has two coal-fired electricity generating stations in operation: Coleson Cove and Belledune. These provide the province with cheap baseload power that will have to be found elsewhere. The report suggests N.B. will replace lost generation from coal-fired units with hydroelectricity purchased from Quebec, flatly stating that this would be more expensive. Attempts will be made however to convert Belledune to hydrogen fuel, biomass and natural gas alternatives. - Telegraph Journal

The prime minister must be surprised at the reaction to a quote from his National Observer interview last week, that approval of Kinder Morgan’s Trans Mountain pipeline “was always a tradeoff” for climate action in Alberta. I say “surprised” because that statement is entirely consistent with what he and his ministers have been saying over and over again since being elected to lead — hell, even before they were elected. It should be no surprise. But headlines like “Trudeau’s Orwellian logic: We reduce emissions by increasing them” and “Trudeau didn’t act in good faith in dealings with Kinder Morgan” imply this is new information. Indeed, for Trudeau this isn’t new at all. This has been his government’s modus operandi from the start. Promise green results that are attainable only with large scale reductions in fossil fuel production, while at the same time saying the fossil fuel economy is necessary for the change. He actually said that Canada must “generate wealth from our abundant natural resources to fund this transition to this low-carbon economy,” almost two years ago at a climate conference in Vancouver. - iPolitics.ca

How Canadian – we’re split on twinning the pipeline — Shachi Kurl

The Canadian family is perfectly split about which side to take between British Columbia and Alberta over the twinning of the Kinder Morgan Trans Mountain pipeline. How very Canadian that when it comes to this Rocky Mountain rumble, public opinion splits evenly on the question of which argument is more persuasive. Half of Canadians give points to B.C. – the other half sides with Alberta, according to the latest poll from the Angus Reid Institute. Within British Columbia, almost half the residents (48%) actually support seeing the pipeline twinned, while two-in-five oppose it. The problem for B.C. Premier John Horgan is that the strongest, most concentrated level of opposition is found in Metro Vancouver and Vancouver Island – parts of the province that came out big for his New Democrats last May. - Ottawa Citizen

After weeks of mounting tensions, Alberta and British Columbia moved Thursday to cool off the trade war that had threatened to escalate into a full-blown constitutional crisis. “In a small way today, B.C. blinked,” Alberta Premier Rachel Notley said after B.C. softened its stance on the most controversial of a five-point plan to boost oil-spill preparedness on the West Coast. As a result, she said, Alberta would lift its ban on B.C. wine. B.C. Premier John Horgan denied that he was backing down from a fight with Alberta when he announced earlier Thursday that his government would proceed with the first four points of his environmental protection plan but send the fifth and most controversial point – restricting the flow of diluted bitumen from Alberta – to the courts in a reference case. To that end, Horgan said he was assembling a legal team to make the case that B.C. does have the jurisdictional power to limit the interprovincial trade of oil, which Ottawa and Alberta both dispute. - National Post

Canada’s energy companies can’t get any love, even from many Canadians. With pipeline, regulatory and political frustrations reaching new heights, energy stocks slumped to their lowest level in almost two years this month. The iShares S&P/TSX Capped Energy Index ETF, which tracks Canadian energy companies, has seen about US$56-million in outflows this year versus US$32-million in inflows for an ETF focused on U.S. stocks. The pain has extended to the fixed-income market, with U.S. dollar high-yield bonds from Canadian energy issuers returning less than their global peers in the past 12 months. At the heart of the sector’s woes is a dearth of pipeline capacity, which has depressed Canadian oil and natural gas prices. A new regulatory regime designed to speed up pipeline approvals is instead seen delaying projects while Alberta and British Columbia are fighting over one of the conduits the federal government has approved. On top of that, the industry is facing carbon taxes other jurisdictions don’t have to pay and it’s competing with American drillers which are seeing taxes cut under the Trump Administration. - National Post

Following the election of the Trudeau government in 2015, government House Leader Dominic LeBlanc wrote to 33 individuals who had been granted pre-election appointments, or renewals, by the previous government. It was an unprecedented move that engendered concerns about potential government interference with the judiciary. One letter was sent to one of Canada’s most respected and capable Inuit environmental research scientists and educators, recently appointed to the National Energy Board as a permanent member. - Calgary Herald

An Alberta energy company approved for a provincial capital investment tax credit expects it will create an economic ripple effect for the region. Seven Generations Energy is one of 18 groups approved by the province for a tax break of up to 10% on new machinery, equipment and buildings. The company received the maximum $5-million credit and is now building a new gas processing facility in the Kakwa River area. Spokesperson Alan Boras said construction will be completed by the end of 2018, creating scores of new jobs in the northwestern Alberta region. "We've been on a strong growth plan and we're continuing on that growth plan," Boras said. - CBC News

Massachusetts officials thought they were close to securing future supplies of green energy by piping in hydroelectric power from Canada. But a week after Massachusetts said yes to the $1.6-billion project, neighboring New Hampshire said no, jeopardizing the 192-mile transmission line that would bring in the electricity through the Granite State. - Wall Street Journal

More than six years after the last decision to build a new multibillion-dollar LNG project in Australia, new investment is being put seriously back on the table. Woodside Petroleum, Santos and Oil Search are all jostling for position to get a share of the action and take advantage of rapidly growing Chinese gas demand and the opportunity to pick up expiring contracts in Japan. - Australian Financial Review